News reports are obsessing about how the terrorist attacks happened, but not why. 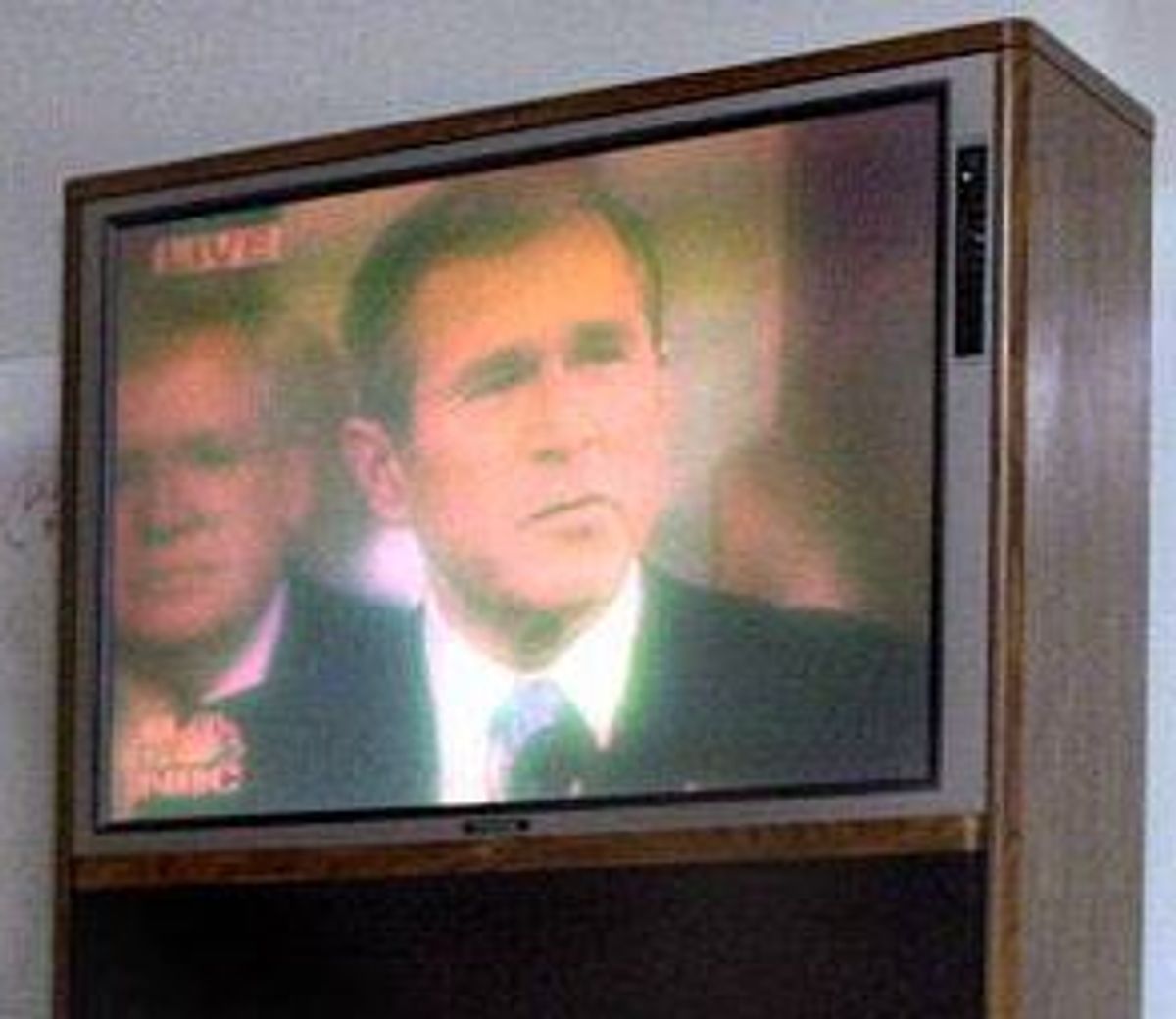 Islamic and Middle Eastern experts who have spent their careers attempting to educate Americans braced for the worst in the aftermath of the attacks on the World Trade Center and Pentagon. They feared an immediate backlash in the press. Americans have historically expressed low regard for Islam, given the violent political struggles it's been associated with, and the press has often catered to public ignorance and distaste.

These experts' verdict on the press to date, however, has been mixed. Many are heartened: Coverage of Islamic issues has been better than some expected, suggesting the possibility that America's general understanding of Middle Eastern and Muslim issues has improved, even if only slightly. Yet at the same time, there is a growing consensus that the press has fallen well short when it comes to exploring and explaining the all-important question: Why? Why did suicidal hijackers attack the U.S.?

"In terms of reporters and editors, there is a much better understanding of what Islam really is," says Ibrahim Hooper, spokesman for the Council on American Islamic Relations, comparing current coverage to what occurred during the Gulf War a decade ago.

"I've been fairly pleased," adds Charles Kimball, an Islamic scholar who is chairman of the religion department at Wake Forest University. He's been fielding dozens of phone calls from journalists, says Kimball, who "aren't looking for sound bites, but who want a better understanding."

Scholars also point to President Bush's visit to a Washington mosque, his strong words in support of tolerance and the close attention the media has been paying to Muslim-related hate crimes at home as welcome developments.

Taking a broader perspective, her Georgetown colleague John Voll, professor of Islamic history, notes that there has been steady improvement over the past several decades. "I really think the level of information, on the part of the average person on the street, is higher and more sophisticated than it was at the beginning of the 1960s," he says. "I've heard no mention anywhere of this [attack] being a communist plot. That sounds silly now. But ideologically at the beginning of the Iranian Revolution in late '60s and early '70s, [religious leaders] were labeled communists disguised in black robes. Islam is now taken seriously by the American public and not seen as a cover for something else."

That's the good news. The bad news, according to the same experts, is that the mainstream American press has largely been ignoring what many experts see as the root cause fueling Islamic terrorism: America's own foreign policy. Even as media executives are publicly defending on-camera displays of flags and patriotic slogans, insisting that these fits of patriotic fervor don't affect actual news coverage, skeptics are charging that the press has so far been studious in avoiding serious examination of past American policy failures, and in questioning Bush's rhetoric.

For instance, many in the Middle Eastern studies field were stunned when Bush used, without irony, the word "crusade" to describe America's new battle with mostly Muslim terrorists. Or when he explained, in a statement essentially unchallenged by the press, that attackers struck the World Trade Center "because they can't stand freedom."

Rather than reflect steadfast resolve, scholars suggest such utterances simply telegraph an ignorance about the Islamic world and its history.

Can't stand freedom? "That's bullshit," says Walter Denny, professor of art history and Middle Eastern studies at the University of Massachusetts. "In a national crisis people always try to frame a struggle using their own ax to grind."

Despite the disturbing silence from the press, Denny says, "The most important question we should be asking ourselves is 'Why do you think they hate us so much?' And if you look at our foreign policy that question is not too difficult to answer."

The key grievance, he says, is hypocrisy.

Even if it were possible to set aside the specific Israeli-Palestinian conflict, which has been inflaming passions for half a century, Denny notes that throughout the Middle East the United States time and again has sided with authoritarian regimes in Morocco, Egypt, Turkey, Algeria, Jordan and elsewhere. These are governments that routinely curtail basic rights, such as freedom of the press, for their Muslim citizens. So rather than despising freedom, many Muslims despise America for standing in the way of their own freedom.

"We [the United States] don't trust democracy there. We believe stability is better than democracy. But it's a false kind of stability," notes Denny. "We want to believe in shahs and kings who like us very much. We want to believe they're popular in their own countries. But the American capability for self-delusion is so extreme we put all our money on the Shah of Iran when that horse was dead at the starting gate."

Such views, widely shared by Middle Eastern experts, have been kept well hid during the last two weeks by media outlets, either relegated to the foreign news hole in newspapers, or all but ignored by cable's 24-hour television news coverage.

"People are looking for who is responsible and they want to lash out," says Ann Betteridge, executive director of the Middle Eastern Studies Association at the University of Arizona. "But I'd like to think the question of why is the next step along the way. But I fear it may not be."

Instead, nearly all attention has been focused on how, rather than why. At first, the question was, how was the attack pieced together logistically? Later, following a few spasms of discussion about Islam and the Middle East in the days following the attack, the press focus shifted to military maneuvers. But why did it happen in the first place?

"Whoever did this horrendous act must have hated us a lot. But nobody questions our foreign policy, so the United States people don't know why [so many Muslims] are angry," says Haddad at Georgetown. "Instead we're told it's just hatred, and I blame the press for that."

Haddad, suggesting that press failure stems from more than simple ignorance, says radio and television producers often call her for an interview request, conduct a preliminary Q&A to hear what she would say and then quietly withdraw the invitation.

"The press censors what they don't want to hear," she insists. "There is no question in my mind. I don't care and I'm not angry about it. If people want to know what those in the Arab world are thinking, I'll tell them."

CBS News anchor Dan Rather offered a glimpse into what some prominent journalists were thinking when he appeared on "The Late Show with David Letterman" last week. There, he insisted that Middle Eastern anger stems from the fact that people there "see themselves as the world's losers. They'd never admit that. They see us, we have everything. We win everything. They see themselves and think, we should be a great people but we're not. It drives them batty. They hate us for who and what we are."

"That," says Betteridge, "is totally off the wall." (Perhaps even more remarkable, Rather also hyped a wild rumor to Letterman's national television audience -- "I don't know this for a fact" -- alleging that hijack sympathizers who knew about plans for the World Trade Center attack climbed onto rooftops in New Jersey to cheer the strike as it happened.)