A young violinist serenades battered rescuers in the concert of a lifetime. 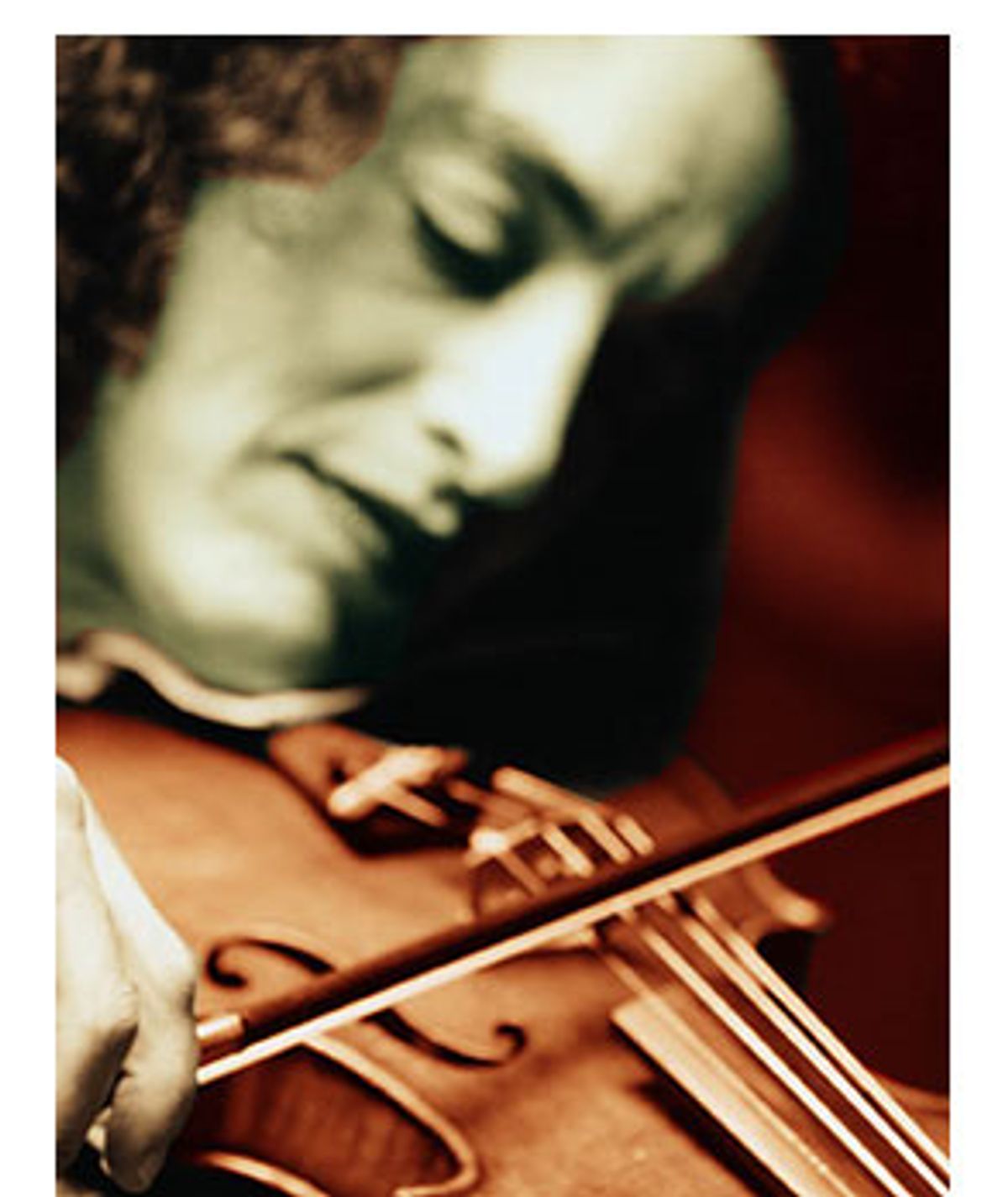 Yesterday, Sept. 15, I had probably the most incredible and moving experience of my life. Juilliard organized a quartet to go play at the Armory. The Armory is a huge military building where families of people missing from Tuesday's disaster go to wait for news of their loved ones.

Entering the building was very difficult emotionally, because the entire building (the size of a city block) was covered with missing persons posters. Thousands of posters, spread out up to eight feet above the ground, each featuring a different, smiling, face.

I made my way into the huge central room and found my Juilliard buddies. For two hours we sight-read quartets (with only three people!), and I don't think I will forget the grief counselor from the Connecticut State Police who listened the entire time, or the woman who listened only to "Memory" from the play "Cats," crying the whole time.

At 7 p.m., the other two players had to leave; they had been playing at the Armory for six hours and simply couldn't play any more. I volunteered to stay and play solo, since I had just gotten there.

I soon realized that the evening had just begun for me. A man in fatigues who introduced himself as Sergeant Major asked me if I'd mind playing for his soldiers as they came back from digging through the rubble at ground zero. Masseuses had volunteered to give his men massages, he said, and he didn't think anything would be more soothing than getting a massage and listening to violin music at the same time.

So at 9 p.m., I headed up to the second floor as the first men were arriving. From then until 11:30, I played everything I could do from memory: Bach B Minor Partita, Tchaikovsky's violin concerto, the Dvorak concerto, Paganini Caprices 1 and 17, Vivaldi "Winter" and "Spring," theme from "Schindler's List," Tchaikovsky's "Melodie," "Meditation" from "Thaïs," "Amazing Grace," "My Country 'Tis of Thee," "Turkey in the Straw," "Bile Them Cabbages Down."

Never have I played for a more grateful audience. Somehow it didn't matter that by the end, my intonation was shot and I had no bow control. I would have lost any competition I was playing in, but it didn't matter. The men would come up the stairs in full gear, remove their helmets, look at me, and smile. At 11:20, I was introduced to Col. Slack, head of the division. After thanking me, he said to his friends, "Boy, today was the toughest day yet. I made the mistake of going back into the pit, and I'll never do that again."

Eager to hear a first-hand account, I asked, "What did you see?" He stopped, swallowed hard, and said, "What you'd expect to see." The colonel stood there as I played a lengthy rendition of "Amazing Grace," which he claimed was the best he'd ever heard. By this time it was 11:30, and I didn't think I could play anymore. I asked Sergeant Major if it would be appropriate if I played the national anthem. He shouted above the chaos of the milling soldiers to call them to attention, and I played the "Star-Spangled Banner" as the 300 men of the 69th Division saluted an invisible flag.

After shaking a few hands and packing up, I was prepared to leave when one of the privates accosted me and told me the colonel wanted to see me again. He took me down to the War Room, but we couldn't find the colonel, so he gave me a tour of the War Room. It turns out that the division I played for is the famous Fighting 69th, the most decorated division in the U.S. Army. He pointed out a letter from Abraham Lincoln offering his condolences after the Battle of Antietam -- the 69th suffered the most casualties of any division at that historic battle.

Finally, we located the colonel. After thanking me again, he presented me with the coin of the regiment. "We only give these to someone who's done something special for the 69th," he informed me. He called over the division's historian to tell me the significance of all the symbols on the coin.

As I rode the taxi back to Juilliard -- free, of course, since taxi service is free in New York right now -- I was numb. Not only was this evening the proudest I've ever felt to be an American, it was my most meaningful as a musician and a person as well. At Juilliard, kids are hypercritical of each other and very competitive. The teachers expect, and in most cases get, technical perfection. But this wasn't about that. The soldiers didn't care that I had so many memory slips I lost count. They didn't care that when I forgot how the second movement of the Tchaikovsky went, I had to come up with my own insipid improvisation until I somehow (and I still don't know how) got to a cadence.

I've never seen a more appreciative audience, and I've never understood so fully what it means to communicate music to other people. So how did it change me as a person?

Let's just say that, next time I want to get into a petty argument about whether Richter or Horowitz was better, I'll remember that when I asked the colonel to describe the pit formed by the tumbling of the towers, he couldn't. Words only go so far, and even music can only go a little further from there.

Violinist William Harvey is a freshman at the Juilliard School of Music in New York.