In the aftermath of disaster, dating becomes an absurd folly. Who has the luxury of spending a few hours with someone you may never see again? 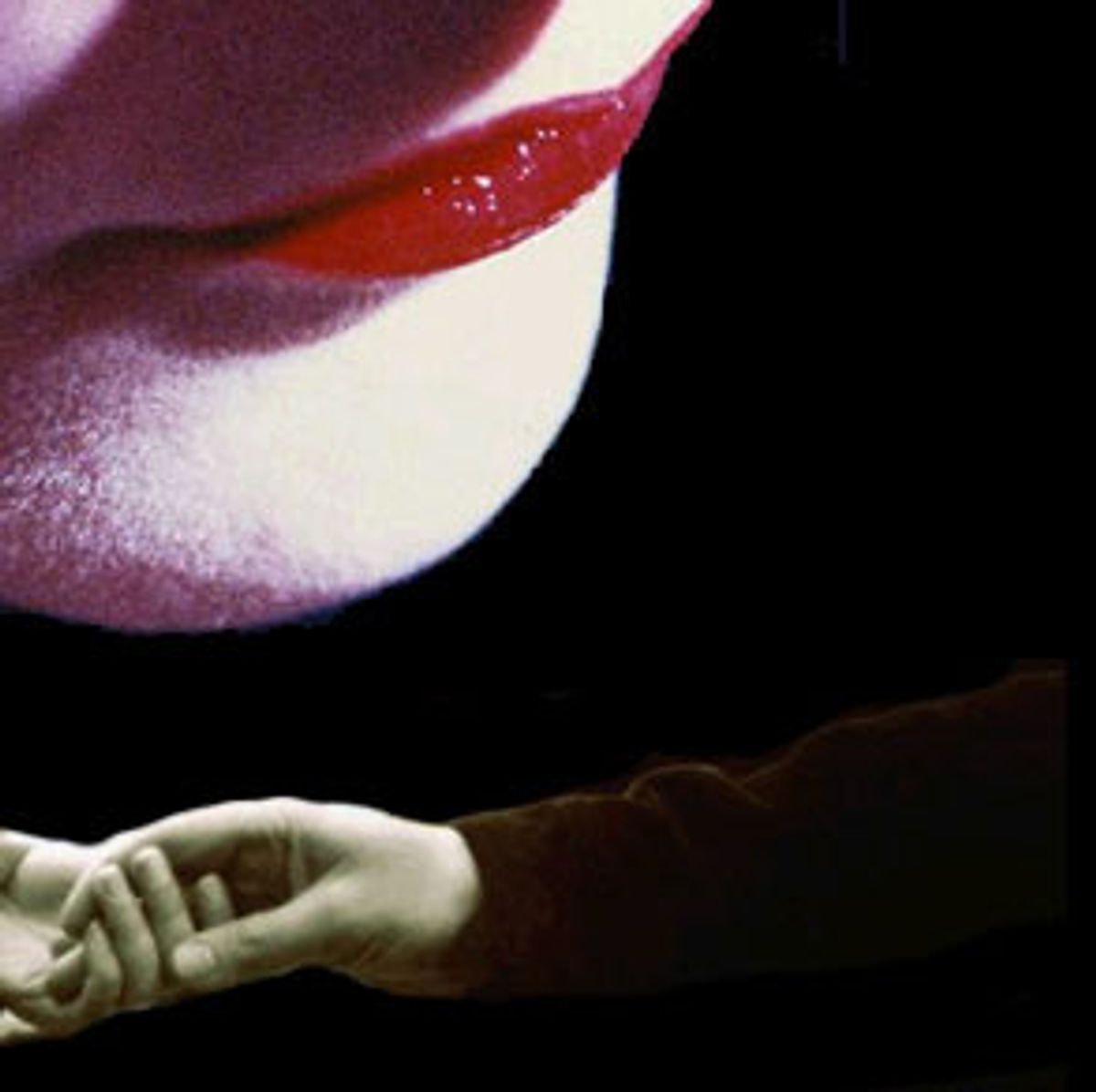 The week after the attack on the World Trade Center I got an e-mail from a single friend in San Francisco. She was trying to cope with a new emotion distinct from sorrow and fear: an acute feeling of absence at not having a boyfriend or husband. "I need to stop focusing on my unhappiness when others are mourning the loss of a family member or friend," she wrote. "But I felt jealous of all those who were engaged. Can you believe I have the ability to feel jealous of a dead person? What is wrong with me?"

Her horror at her own response made me smile ruefully. Because the truth is, whatever is wrong with her is the same thing that is wrong with me. I also saw the TV image of a beautiful woman in her wedding gown, presumed dead. I read about the missing who were engaged and thought, At least they had someone when they died. Admitting this out loud sends a shudder through me. But it's a shudder that went through several other female friends in their 30s. "Are we so pathetic that we envy dead women?" one mused.

We all feel sick and guilty, but in these increasingly uncertain times, we yearn more than ever for a relationship that will sustain us. The emotions behind the envy are anything but terrible: a true desire to feel woven into the life of another person and awe at the ability of people to connect. For those partners left behind, the loss now must be indescribable, but before all this, wasn't their joy incomparably sweet?

And for those of us trying to find that sweetness, the very process of dating has become an absurd folly. Forget about dressing up, going on the prowl or bed hopping à la "Sex and the City." (Could that flitty lifestyle seem more irrelevant?) It's hard to even picture meeting a man and practicing the ritual of getting to know him. The conventions appear almost preposterous against the new texture of life. I'm going to sit down over a cosmopolitan with a virtual stranger and talk about ... what? How I am obsessing about my parents' dying? How I'm worried about friends who feel like nothing will ever be good again? Or worse, what kind of movies does he like?

Even if I were to go on a date, I'm not sure what kind of person I would be when I got there. My hair-flipping, bantering, flirtatious self of old? Gad. I want to hide her in a closet. In her place there has emerged a pensive, skeptical woman who doubts the date will ever amount to anything anyway. Her assumptions about the orderly progression of life collapsed two weeks ago. She'd rather stay home.

Besides, who has the luxury of wasting a few hours with someone you might never see again? Before, the future felt remote. Suddenly it's a visitor bound to arrive at your door any minute. We don't have time to wait around, weigh our options, see if we'll fall in love. We must assemble the marriage, produce the kids, establish the fulfilling life now.

My 32-year-old friend Rachel has been seized by this attitude of productivity. She's considering ending a 6-week-old relationship because her new boyfriend isn't sure he wants kids. She knows her panic is premature, but he acknowledges big-picture issues are on his mind too. At the same time, Rachel's old boyfriend has been back in touch and she's considering rekindling that romance. They're both native Upper West Siders with offbeat families and houses in the Berkshires, plus they have a great chemistry in bed. He's solid, dependable, kind. It would be comforting, she says. Call it pragmatic, but she wants to work with what she's got. "Starting something with someone new is out of the question," she says.

Indeed, what felt like common ground with several men just weeks ago now looks like the flimsiest of coincidence. Could we actually discover we have anything in common beyond an appreciation of the film "Withnail and I" or a mutual love of parlor games? I've gone out with practically every type of man in the past few years, from a handsome neuroscientist to a lascivious Republican politico to a frenetic stand-up comic -- serious men, quirky men, religious men, brilliant men. From this vantage point, the sheer variety just reinforces the feeling that the architect or the trader of today may have great qualities, but none of the situations will work out. They are all different but all the same.

Sexual bonds have also been loosening. A 33-year-old friend has been reevaluating her year and a half relationship that's consisted mostly of sleeping together. It was good for a while, but suddenly the casual intimacy is at odds with wanting to find a true partner and realizing that friends and family are the ones who truly supported her throughout this time. "When he put his arm around me, I thought, Oh my god, you have to leave," she says. "Time is precious. I shouldn't be giving it away."

I've had a similar situation with a sometime boyfriend and occasional lover that suddenly feels crass. A dozen times I've wanted to spend the night with him. But every time it occurred to me, I recoiled. I care deeply for him, but it's time to let go of that convenience. Sexual intimacy is too valuable to manipulate and manufacture. Sexual intimacy without true emotional closeness feels too hollow.

Instead, I've found my sexual ruminations have given way to fantasies of decidedly mundane domestic bliss. I'm longing for someone to lounge at the other end of my couch, quietly reading, my feet tucked securely underneath him. I fantasize about a lover who comes up from behind, wraps his arms around my waist and kisses my ear. I imagine spooning him in the night and listening to his breathing.

In lieu of having that, I've taken to haunting the apartment of my friend June and her boyfriend. Their couple-ness reassures me. As he works online in the computer room and we sip cocktails and nibble cheese in the den, I can almost pretend that I am part of their happy duo. We will eat dinner together and go to bed and wake up and everyone will be safe and cared for.

Of course, I'm not part of that couple, no matter how much I pretend. But it's encouraging to see that love can happen. June has had her share of dating disasters -- the guy with the girlfriend, the uptown Lothario. Over the past two years I've watched her and her boyfriend steadily build a substantial, loving relationship. It gives me hope that I will find a soul mate, and my friends will too.

Maybe that's why I'm tentatively sticking a toe back in. A friendly writer just responded to my online profile (posted pre-disaster). I don't know if we're well suited, or if we'll even meet, but his e-mails are entertaining and substantial. So I'm just trying to enjoy the experience, as it is, right now. It's along the lines of what Rudy Giuliani has been encouraging all of us to do. Hopefully, someday soon, I'll be ready to build again.

Jennifer Howze is a writer in New York.