In Neal Stephenson's sci-fi thriller a nanotech supercomputer known as "A Young Lady's Illustrated Primer" falls into the hands of an underprivileged girl whose life is about to change drastically.

By Read by Jennifer Wiltsie 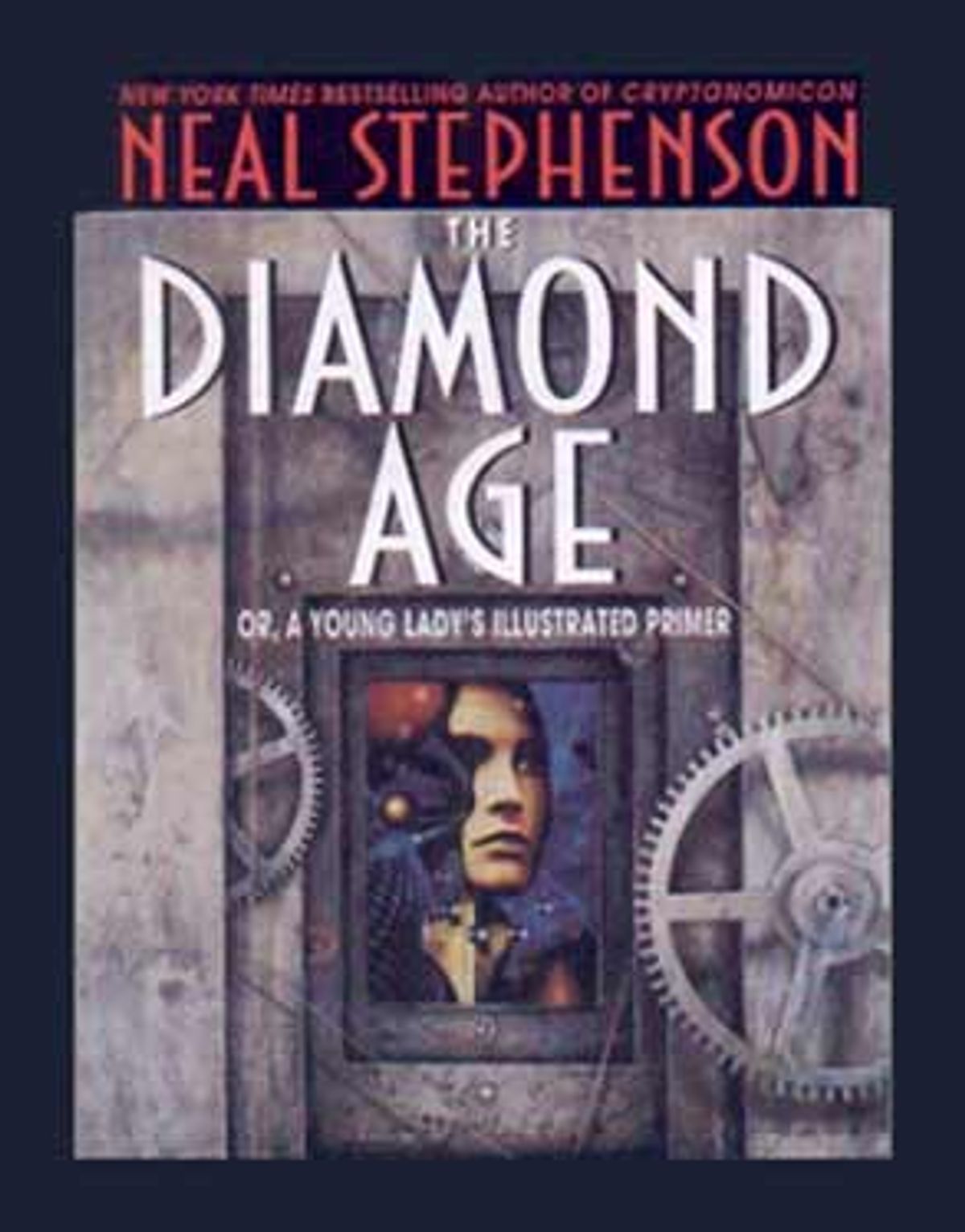 In Neal Stephenson's "The Diamond Age," set decades in the future a stone's throw from the ancient city of Shanghai, a brilliant nanotechnologist named John Percival Hackworth has just broken the rigorous moral code of his tribe, the powerful neo-Victorians. He's made an illicit copy of a state-of-the-art interactive device called "A Young Lady's Illustrated Primer." Commissioned by an eccentric duke for his grandchild and stolen for Hackworth's own daughter, the Primer exists to educate and raise a girl capable of thinking for herself. It performs its function superbly. Unfortunately for Hackworth, his smuggled copy has fallen into the wrong hands.

Young Nell and her brother Harv are thetes -- members of the poor, tribeless class. Neglected by their mother, Harv looks after Nell. When he and his gang waylay a certain neo-Victorian -- Hackworth -- in the seamy streets of their neighborhood, Harv brings Nell something special: the Primer.

Following the discovery of his crime, Hackworth begins an odyssey of his own. Expelled from the neo-Victorian paradise, squeezed by agents of Protocol Enforcement on one side and a Mandarin underworld crime lord on the other, he searches for an elusive figure known as the Alchemist. His quest and Nell's will ultimately lead them to another seeker whose fate is bound up with the Primer -- a woman who holds the key to a vast, subversive information network that is destined to decode and reprogram the future of humanity.

"'Snow Crash' drew its manic energy from the cyberpunkish conceit that anything is possible in virtual reality; in 'The Diamond Age' the wonders of cyberspace pale before the even more dazzling powers of nanotechnology." -- The New York Times Book Review

Listen to an excerpt from "The Diamond Age" (Time Warner Audiobooks) read by Jennifer Wiltsie.

By Read by Jennifer Wiltsie

MORE FROM Read by Jennifer Wiltsie