I annotate movies. I do this so that "Sugar and Spice" isn't translated into Swahili as "Condiments, the Movie." 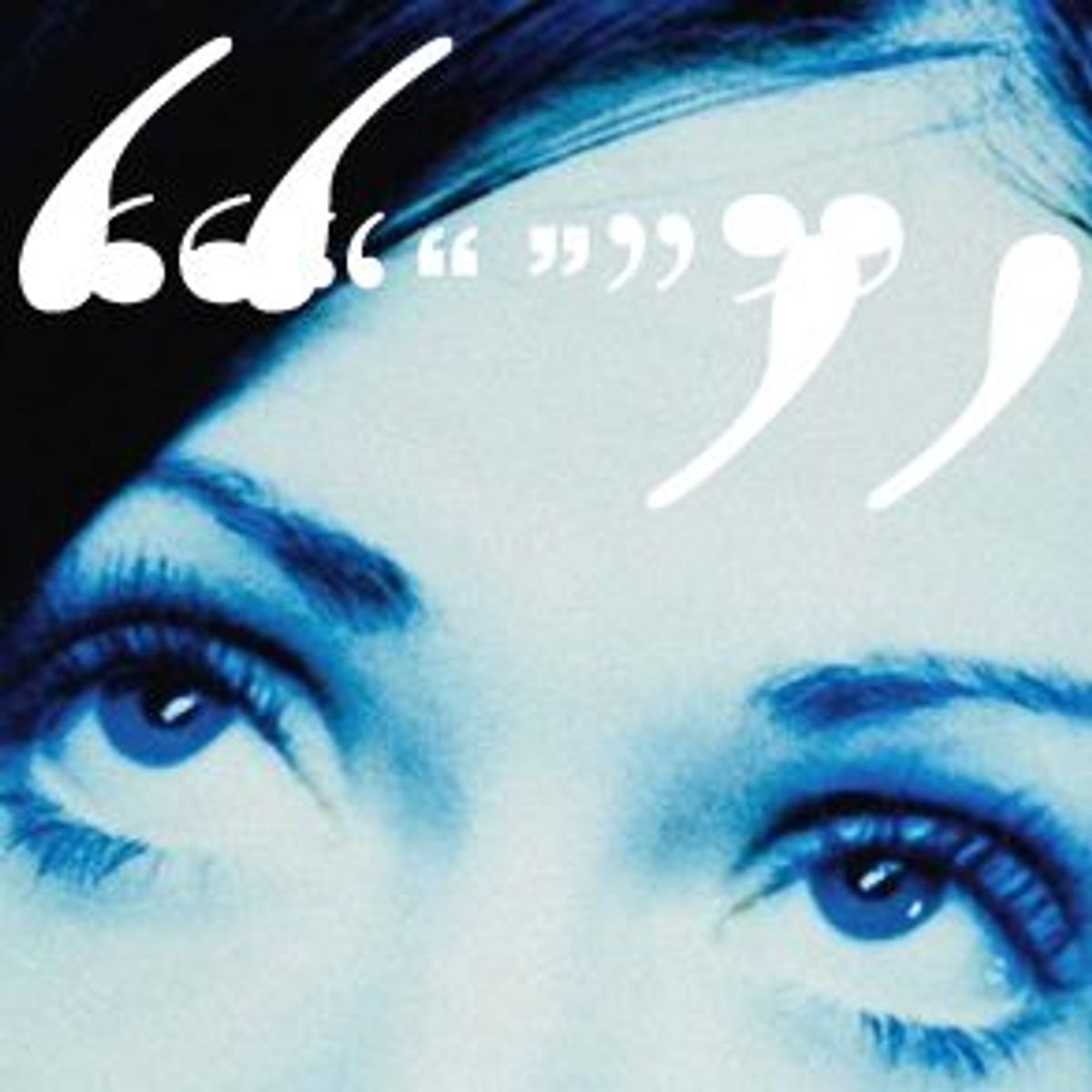 "I'm not playing patsy with you here, you motherfucker."

(I ... here: i.e., "I won't let you take advantage of me in this volatile situation" -- note that "patsy" is slang for "person easily taken advantage of.")

I annotate movies. I do this so that "get a taste of your own medicine" doesn't wind up being translated into Swahili as "ingest your own prescription drug" or "smoke a bowl" doesn't end up as "burning dishware" or "the shit's going down tonight" isn't referred to as something flushed down the toilet. I annotate so that a title such as "Small Time Crooks" isn't translated into Chinese as "Little Bent Tools," or "Sugar and Spice" isn't touted as "Condiments, the Movie."

"You weren't fine last summer when you went Sylvia Plath on me."

(Went ... me: i.e., "Tried to kill yourself" -- note reference to Plath, 1932-1963, American writer whose work was known for its savage imagery and themes of self-destruction, and who committed suicide.)

I've been very busy lately, what with the glut of summer movies and a stockpile of films awaiting release, readied by Hollywood studios in anticipation of the writers' and actors' strike. When I'm this busy dissecting every phrase and line of dialogue in a movie -- so that every joke, innuendo, slang exclamation and colloquial reference may be accurately and precisely translated -- I spend a lot of time talking to myself, trying dialogue aloud as if to be understood by an alien visitor.

(Can ... what: i.e., "Jan chose lucrative IPOs to invest our money in" -- note that IPO is the abbreviation for "initial public offering," the term given to a stock when it is first offered to the public for sale -- also note that "dude" is a slang term of address.)

Just for fun, I offer myself a challenge. Today I will speak in such a way that requires no annotations. Thank you. No, thank you. That sweater is not flattering on you. How much do I owe you and why is the cost so great? Nothing implied or facetiously said. Nothing blurted out in sarcasm or nasal New Yorkese idiom. I am the child of Chance in "Being There," understood by friends and 5-year-olds alike.

"I want advertisers sucking my dick to buy on this show."

(Sucking my dick: Vulgar for "groveling" -- "being servilely respectful to me" -- note that "dick" is vulgar slang for "penis.")

Today I will allow myself only to speak in ways needing annotation. I need your help like a hole in the head. Six in one, half dozen in another. You want I should let them walk all over me?

My 3-year-old and I are having a quick date at our favorite park. Movie trailers and craft service trucks are parked nearby, flanked by sound and lighting crews and assorted technicians. A young, too-hip-for-her-job woman approaches us. "We're filming a movie here," she says with a bored, toothy smile. "How would you two like to be extras?" she asks, unable to conceal her contempt for the task of having to people the park with mother-kid combos.

"How would you like to wash my laundry on a rock by the side of a stream?" I answer.

" ... you flying monkey bitches ... sitting there looking like Wesley when he did 'To Wong Fu.'"

(Flying monkey bitches: Vulgar for "ugly women" -- note reference to the mean and ugly flying monkeys in the 1939 movie "The Wizard of Oz.")

(Sitting ... Fu: i.e., "You look like Wesley Snipes in 'To Wong Fu, Thanks For Everything, Julie Newmar'" -- note that Wesley Snipes is an African-American actor who appeared, as a transvestite, in the aforementioned 1995 movie. Note also that Snipes was generally not considered an attractive transvestite.)

I used to listen to music while I'd drive. Not anymore. These days it's all talk radio. I'm addicted to blathering hosts, conservative call-in shrinks and blowhard politicians. As I drive, talk blaring from my dashboard, the annotations pile up in my brain faster than I can yell them. That is wrong! That's not even a real word! Do you know what you're implying?! I get lightheaded hollering out my open windows. Pedestrians in crosswalks make obscene gestures to me. I have to pull over as the annotations wrap like tickertape around my brain, squeezing it dry.

"Really, Henry. Right after group and everything."

I haven't been out of the house in days because of my workload (Did I mention that I work from home?). I should brush my teeth. Need a shower and a change of clothes (This T-shirt of mine is getting a little ripe). Got to get a far sight in focus before I lose my nearsighted vision at this wretched computer. Got to run away, flap my arms, do some yoga to extract this aching dialogue between my shoulder blades and the double entendre lodged like a steel pin in my neck.

I awaken -- anxious, exhausted -- muttering definitions to imaginary movies that will never be made. Sometimes I run the same scene in my "dream movie" over and over, trying to give just the right meaning to the dialogue, even though I can't understand a word of what anyone is saying. That's the nightmare part, when the characters are speaking in unintelligible mumbles or Serbo-Croatian, or are drowned out by rapid machine gun fire and I'm listening to the goddamn scene for the 50th time and I'm on deadline and it's only the first five minutes of the movie. And Steven Seagal is the lead. And I'm trying to describe the irony in a speech by a talking cat.

"One asshole in the family is enough."

I can't talk to friends. My skin gets clammy and my temples throb when they say things like, "Got to get all my ducks in a row" or "I'm multitasking as we speak" or "I hate to say it ..." You don't have any fucking ducks! Just say that you're doing three things at a time, which means that you can't be listening to me! Then don't say it!

My relationships are suffering because of my work. Do you know what you just said?! Well, then, say what you mean! Actually, none of my friends are speaking to me anymore.

(i.e., "People tend to talk nonsense too much" -- note that "blah-blah-blah" refers to blather.)

My computer has caught a nasty, insidious virus that has, unbelievably enough, obliterated all and only my annotation files. My computer doctor likens the virus more to a bomb that's exploded in the midst of my work files, wiping out all traces of my life as annotator. I've been on involuntary vacation from my computer for the last 72 hours -- no light from my screen bouncing off mini-blinds, flickering obscenely from my window at midnight as I toggle between document and dictionary. The ominous hum of my indoor electromagnetic field is silenced.

I eat a sandwich at my kitchen table instead of my computer, crumbs falling onto a plate instead of my keyboard for the first time in months. I'm happy not to explain. I realize that I don't like to explain. Perhaps then the great good goddess of career change is winking at me. In the immortal words of Albert Einstein, when he spoke for the first time, "The soup is too hot." Annotate that.

Karen Rizzo annotates movies for Warner Brothers. She's also written for the Los Angeles Times, and been published in a Random House anthology of women's writing.