With their last breath people wanted to reach out and say, "I love you." 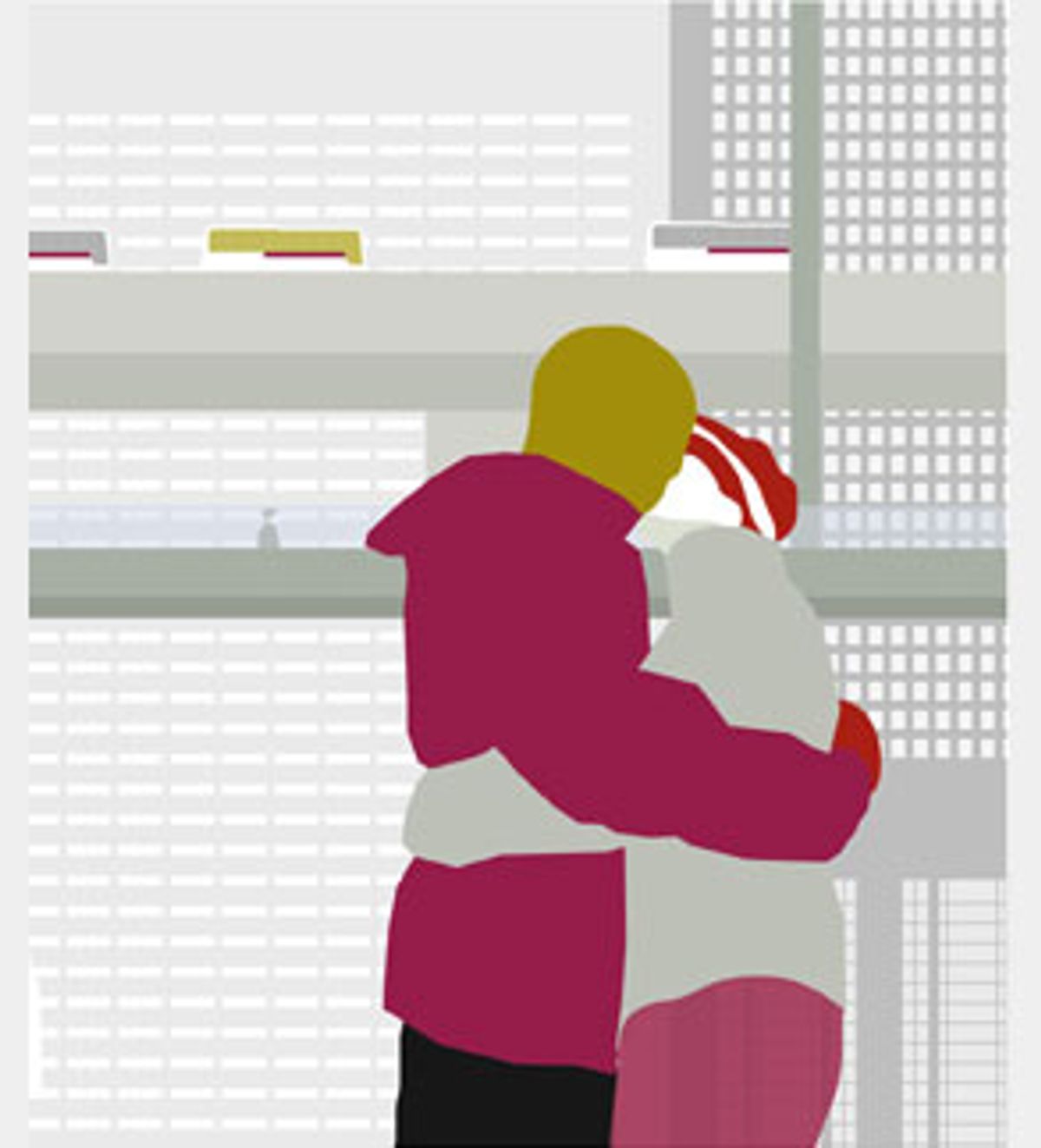 Leaving the toilet seat up doesn't seem like such a big deal all of a sudden.

"I have bitten my tongue 8,000 times in the past three weeks," says Natasha. Her husband's office was across the street from the World Trade Center, so now he is working at home. "He's been so stressed out so I say, 'Fine, I'll do the laundry, that's fine.'"

Since the attacks on Sept, 11, many couples are reassessing their relationships -- and choosing their battles. For some, this means letting go, as in: "OK, I'll take out the trash," "No problem, you're running late" and "That's OK, it happens to a lot of guys; we can just cuddle."

"During crises, couples can put the mundane things aside and reconnect to get comfort," says Shirley Glass, a clinical psychologist in the Baltimore area. People are traumatized and it's not worth getting upset about certain things. They are more tolerant and understanding, thinking about what's really important.

"Everybody has been touched by and alerted by the fact that people in their last breath wanted to reach out and say, 'I love you,'" says Glass, referring to the many cellphone calls from passengers on the four hijacked planes and from people in their offices in the twin towers.

Natasha and her husband have been clinging to each other, she says. "We value each other."

Movies such as "Lorenzo's Oil," in which there's a gravely sick child, lead you to believe that tragedy and pain bring couples closer together. In the movie, Glass says, "the parents have a fabulous insight and everybody comes together." In fact, she notes, it's often the opposite. In real life there is a lot of divorce following the death of a child.

Problems in a relationship don't magically disappear no matter what the circumstance. Tragedy can exacerbate them. It causes stress. It highlights emotional differences, especially if couples have different ways of dealing with grief.

The emotional aftermath of these terrorist attacks presents a new challenge for therapists. Many of Glass' patients have been either hyperreactive -- obsessing about the attacks -- or totally numb, unable to deal with it.

Anxiety around the attacks can be either focused, called objective anxiety, or nonspecific, called free-floating anxiety. Glass says the latter can make relationships precarious. People don't know exactly why they're anxious and they become jumpy, tense and hard to live with.

A common reaction to trauma is irritability and oversensitivity, she says. "Because people are more needy, they may react more strongly to things in the relationship." Men often withdraw under these circumstances. Or, Glass says, they deal with anxiety by having sex. "For them, it's a way of relaxing and escaping."

When fear is specific, you can focus and talk about it and it's easier to connect with your partner. With all the current unknowns, that kind of connection, whether it's verbal or not, becomes important. "I've observed that even holding hands makes you feel protected, like a parent walking a child across the street," says Glass. It seems so basic. But now, no one is taking the basics for granted.

"I think we're more willing to forgive little things," says Natasha. "At the same time, here we are in a crisis and all his energy goes into work." This was an issue in their relationship even before Sept. 11. The issues already there can be intensified by a crisis. "I can't be a self-sacrificing corporate wife forever," says Natasha, who works at home. "I'm going to be grand and noble and generous for as long as I can be," she says, with a sigh, "but ..."

For Lara, a dancer, the nothing-matters-but-us attitude lasted about four days, after which she and her boyfriend of almost three years went back to their routines. They continued talking about marriage, but no more urgently than before. She says she feels more affected personally than as a couple.

"I'm experiencing it differently than he is," she says. "He has stepped back and is very calm." Lara finds his attitude centering, but it has the potential to create tension later.

"When different members of the couple deal with the trauma in different ways, it creates a gap in the relationship," says Glass.

Other therapists agree. Barry McCarthy, a Washington-area therapist, has found that for the most part, the impact on relationships has been negative. On the one hand, "these crises bring greater need for security, valuing relationships, valuing couple time," he says. Yet at the same time, while the safety and security needs are being met, couples are having "less fun needs [met], less joyful needs. And part of the healing process is putting joy back into your life." That's not happening yet.

There are dramatic examples in both extremes. One New York therapist tells a story of a couple she is counseling in which the husband has a drinking problem. For years, the wife has said if he didn't stop or get help, she would leave him. After Sept. 11, he stopped cold. They're spending more time together, and he is coming home from work early so they can talk.

On the flip side is the client who hadn't had a drink in eight years, who spent all day of the 11th in a bar.

Not enough time has passed to determine whether either of these situations will stick. Both are extremes, and don't apply to many couples with garden-variety relationship issues that build up over years and drive them apart: "I wish he'd give me more attention" "I wish she didn't work so much" and so on.

While many partners are trying to be more attentive to each other, Natasha's reaction that she won't be able to keep it up forever is typical and normal.

"We were at a wedding last week," she says. "It was very emotional to see a new couple starting out fresh. Both of us were very emotional. Fourteen years later, is this how we intended to be?" She stopped in a moment of reflection. "But also, we were thinking, 'Thank God we're still here.'" All of the issues in their relationship from before the attack now coexist with her fear of losing him. No matter what the problems may be, the overlying theme is: We're sticking together.

Natasha has her own needs, but right now all she can do is watch the pain that her husband is feeling. "His personality is different. He's not getting any sleep. He jumps every time a plane goes overhead. His life has changed dramatically."

The attacks are barely a month old, and a new phase is beginning as the United States begins its own attacks in Afghanistan. "The trauma is not over," said Glass. "People don't start to recover until safety is established. We have no safety."