There's something hauntingly familiar about the world's latest personification of evil, something with deep resonance in U.S. mythology. 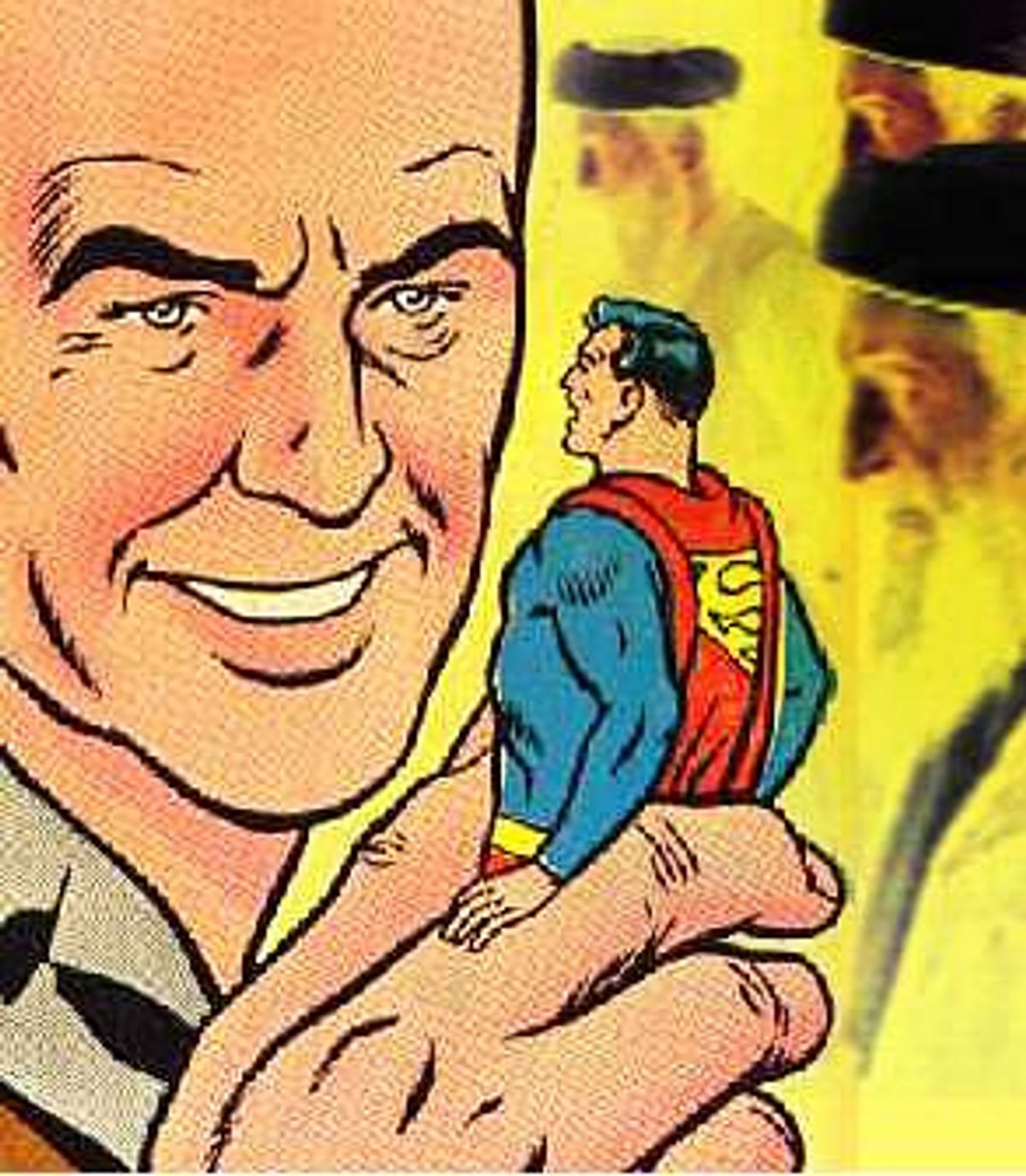 For weeks we've been hearing about Osama bin Laden, the Saudi sultan of suicide terror attacks, a Geppetto whose wish awakens sleeper cells from Jakarta to Dar es Salaam, a silky-tongued avenger in a turban with a mike in his hand. His language, robes and other trappings may be foreign, but there's something hauntingly familiar about this character, something with deep resonance in U.S. mythology. Bin Laden has been compared to Hitler and Stalin, but his closest model is a home-grown villain. "Arch-foe," "evil genius," "criminal mastermind" -- bin Laden is the rightful heir to the comic book legend, Superman's nemesis, Lex Luthor.

Like bin Laden, Luthor is an ultramillionaire whose aim, we are told, is nothing short of the defeat of the civilized world and/or the enslavement of mankind (or, in the diabolical Saudi's case, women). His loathing for Superman is personal: According to DC comics lore, Luthor went bad as a teenager when Superboy, rescuing him from a scientific experiment gone awry, inadvertently caused him to go bald. Similarly, the U.S. rescued bin Laden and the other mujahedin during the Afghanistan War, but then emasculated him by persuading the Saudis to take in our troops instead of his during the Gulf War.

Between capers, Luthor holes up in various underground lairs; bin Laden retreats to his caves in Afghanistan. In the old comics, Superman would respond to a hurricane or other disaster, only to find out that it was a cover for a robbery or other heinous act by Luthor's men. Similarly, we are now told that a string of terrorist attacks once thought of as discrete acts were covers for bin Laden's nefarious master plan. U.S. soldiers dragged through the streets of Somalia? Bin Laden. Deadly bombing attacks on U.S. embassies? Bin Laden. The first World Trade Center explosion? You guessed it. Lately, even the old rumblings about Timothy McVeigh's Middle Eastern connections have gained new currency. (McVeigh's partner in the Oklahoma City bombing, Terry Nichols, made several flights to the Philippines, where bin Laden allegedly funds terrorist training camps.)

Every archfiend must have his preposterously named criminal organization -- al-Qaida or "the Base" -- and allies from other criminal gangs, in bin Laden's case, Ayman Zawahri, leader of Egypt's Islamic Jihad. And don't forget the sneering henchmen. Last Tuesday, we watched a television tape of al-Qaida spokesman Suleiman Abu Ghaith telling us that the suicide hijackers did "a good deed" when they killed some 6,000 innocent American people, and that their young Islamic recruits "look forward to dying the way Americans look forward to living."

Even bin Laden's choice of targets -- the symbolically potent landmarks of the World Trade Center and the Pentagon -- comes straight out of the "Arch-Villains for Dummies" playbook, says television and comic book writer Mark Evanier, author of "Groo the Wanderer." "A few years ago, there were 11 comic books out with attacks on the Empire State Building," says Evanier.

Like bin Laden, Luthor is a master of the media, and while hated by many, is seen as a hero to some. In a 1960 story line, Luthor travels to old Krypton and fakes TV tapes while posing as "Luthor the hero." Just after U.S. bombs started falling on Kabul, bin Laden -- seated under a rocky outcropping, his trusty Kalishnakov at his side -- appeared on TV to taunt the U.S.: "God has blessed a group of vanguard Muslims to destroy America ... and may God bless them and allot them a supreme place in heaven." It was all I could do to stop myself from running outside to see if Commissioner Gordon had thrown the Bat Signal up in the evening sky. (Note to non-cartoon fans: Batman and Superman now fight together.)

Late last week, we hear from the FBI that, despite the wrath of most of the world, and five days of U.S. bombings, more attacks "within the United States and against U.S. interests overseas over the next several days" are imminent. Well, that certainly narrows it down.

Of course, the Lex Luthor/bin Laden Separated-at-Birth analogy has a short half-life. The bulk of history's real villains, not to mention film counterparts from James Bonds' Goldfinger to Austin Powers' Dr. Evil, fit a similar profile. The point is, most of us have never experienced the stark calculus of evil that bin Laden supposedly represents except in old comic books or films.

In the cultural upheaval of the '60s, comic artists such as Jack Kirby (creator of the characters Darkseid and Dr. Doom, on whom Darth Vader was said to be based) began to invest villains with moral ambiguity, Evanier says. "Jack was a liberal Democrat who did not completely buy the concept that a villain is always just plain rotten," says Evanier, who has penned a Superman book or two himself. "He tried to invest characters with a certain amount of motive that made us understand -- not forgive, but understand -- because if you divided everybody into pure good and pure evil, there was no analogy to the world he saw around him."

Now, much of that complexity has vanished in a single day.

"As a buff, a historian, I used to look at old World War II cartoon serials with all the flags and patriotism and wonder what it was like," said cartoon historian Jerry Beck. "But we're living that right now."

The big difference is, Luthor never killed much of anybody. Where is Superman when we need him?

Gale Holland is a freelance journalist in Los Angeles who writes a monthly column for the L.A. Times on right- and left-wing magazines.