"Mulholland Drive" will probably never be understood, but it can be experienced for the haunting, sexy dream that it is. 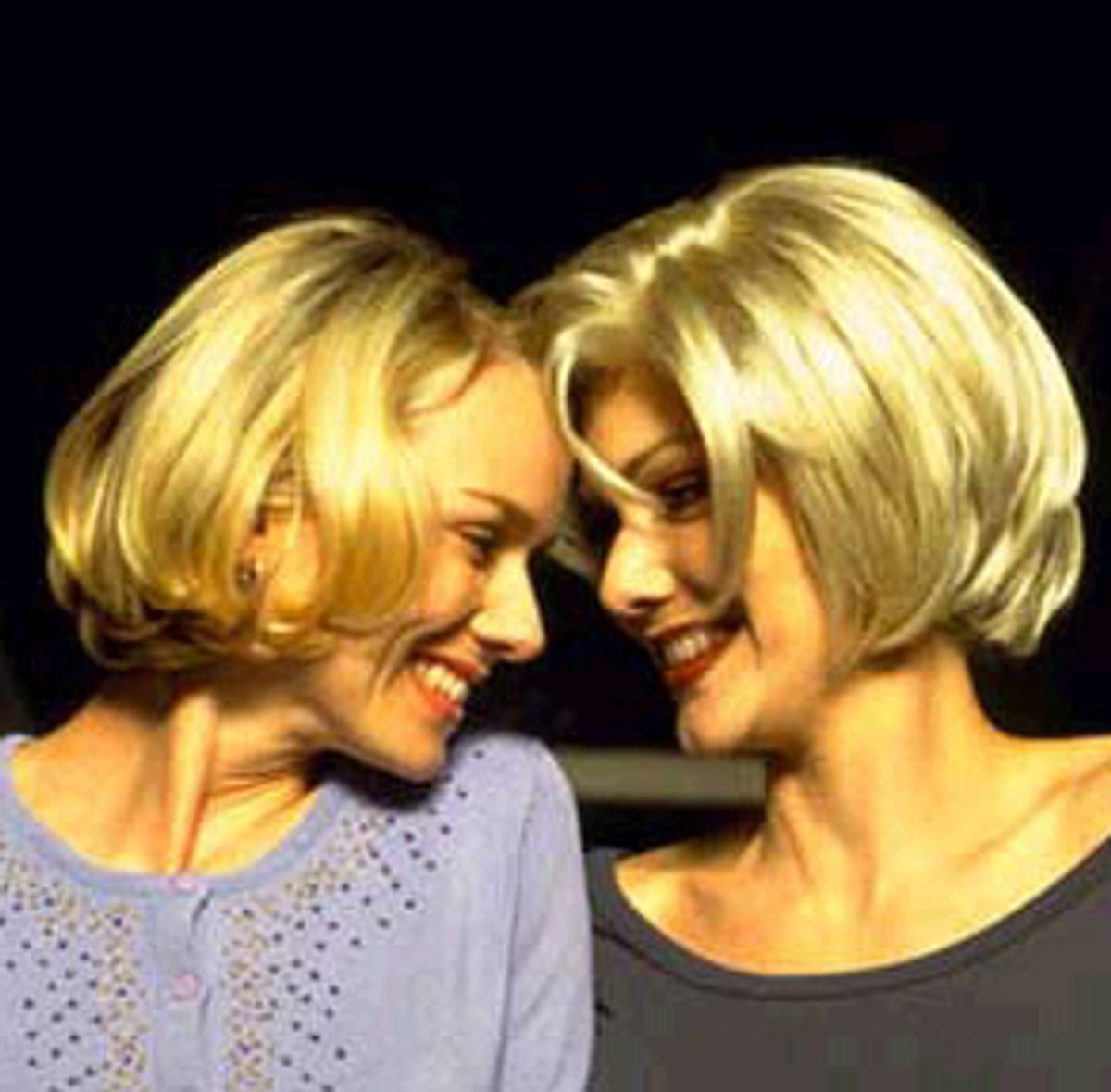 But I am sure, by the haunting light of the movie itself, that the "Dr." is for "Dream" this time. And just as it is with any dream, when you wake up the first time you're not sure whether you want to explain the dream, or just have it again. Or, to bring the matter up or down to sex (which is my assignment, after all).

Do you want to sit in therapeutic conference with these stunned blonds in your dream and explain it all: How was it for you? Or, if you don't mind my being blunt, what exactly was it for you? Or would you rather just be there with them all, or both, or however many there are -- carnally thriving, and whispering desperately to them that you love them? As if that claim could set things straight.

I have only seen David Lynch's "Mulholland Drive" once, and I am quite clear in my mind about only one thing -- that it has to be seen many more times, or even with some regularity. Make a habit of it so that you stop thinking. Because it's not that anyone is ever going to "understand" the movie, or have it all worked out. I dont think I've ever been so aware of that serene impetus, in film and dream alike, to not so much grasp as to follow. You could, maybe, learn "Mulholland Drive" in the way you learn lines for a script, or in the way you could learn and remember a sequence of random numbers. But that intimacy or familiarity might not bring you any closer to understanding it. Like a road, with a car, do you just let the vehicle drive over you? Or is it that you are the car, spinning in stasis, as the tarmac unwinds beneath you? I don't ask, I just go with it.

If it makes things easier for you, I am quite prepared to say that "Mulholland Drive" is a great film, a very great film. So get onboard. Again, simply on the grounds of being as helpful as possible, I can tell you that it has a very steamy (two erections up) love scene between two women. I can't even remember the names of the characters or the actresses. All you need to know is that one is the perennial blond who comes to Hollywood with a shine in her eyes (this one comes from Deep River, Ontario, I believe). The other is the knowing brunette, the wounded one, with trouble in her life -- she may have amnesia, so she sees "Gilda" and decides that her name might as well be Rita.

Why do these two women have such stupendous sex? Because its a dream and a movie, dopey. And also so that you can have the moment when the blond asks, "Have you ever done this before?" and Rita answers, "I can't remember." Take that home to your mother when she tells you David Lynch is too solemn for his own good. And I only pick mother at random, you understand.

"Ho ho," I hear someone say -- or perhaps it's "Aha" -- so this is just another of those movies where a man is able to watch two beautiful women getting it on. Oh sure, I say, that same old thing, except that I've never had the same deep feeling that this time the women are not so much women (if you don't mind my saying this) as primitive cell structures just doing osmosis, just slip-sliding together. You see -- I hope Im not breaking this to you for the first time, because that could be upsetting -- in a dream every trick of the light is or has been fucking every other trick of the light. And always will be.

Just start seeing "Mulholland Drive." It's like what the original Mr. Mulholland said about the water in Southern California, "There it is. Take it."