An end run to marketing victory 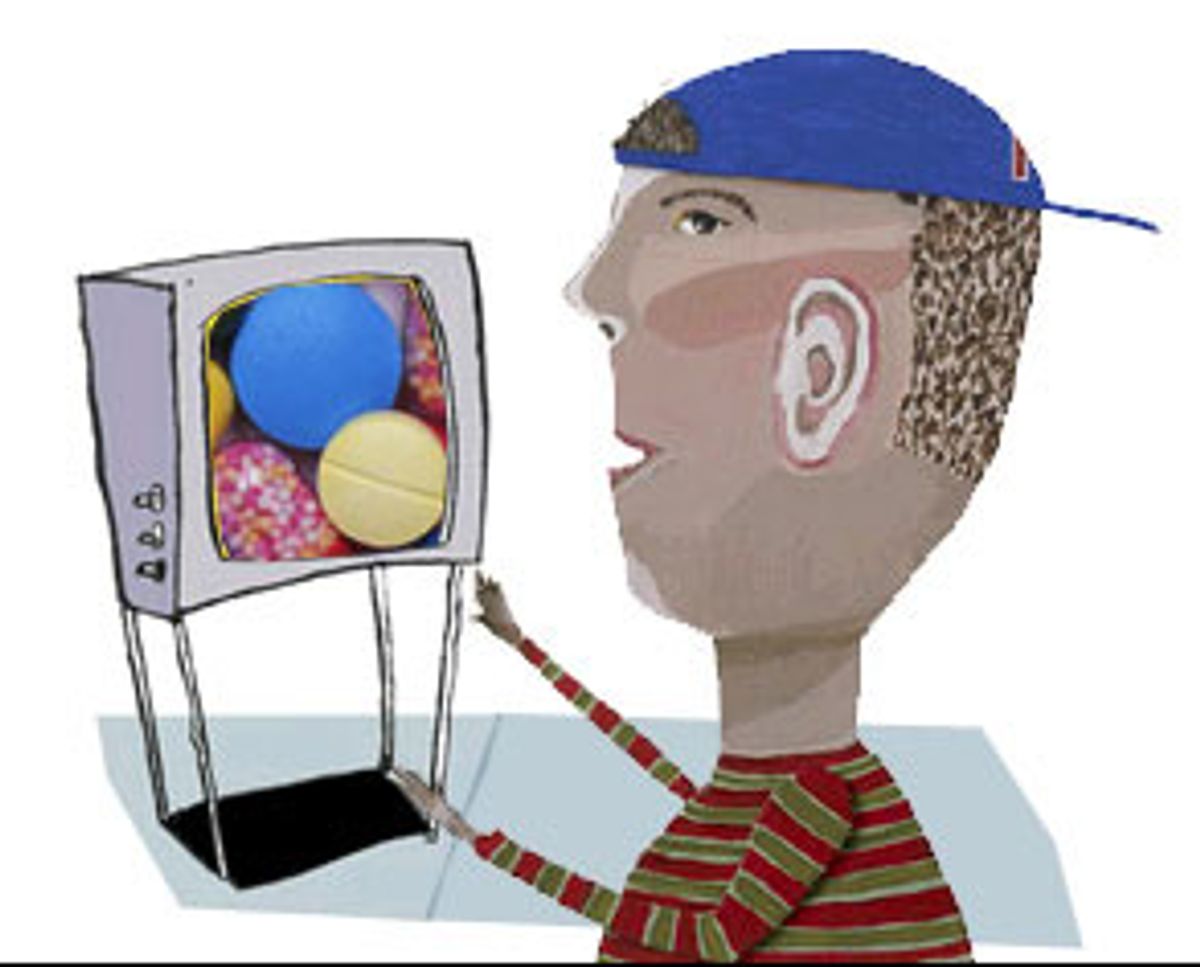 In a step that represents an escalation in the influence of the pharmaceutical industry over parents and children, Alza Corp. has announced that it will use television commercials in its campaign to promote Concerta, a drug for the treatment of attention deficit/hyperactivity disorder (ADHD). Alza, which pioneered direct-to-consumer print ads to address ADHD last year, becomes the first drug company to promote -- on TV -- the use of a medication for a children's psychiatric disorder.

The groundbreaking TV ads for Concerta will not directly mention the drug -- that would be illegal. Concerta, like most of the medications used to treat ADHD in children, is a stimulant, which makes it a candidate for potential abuse. For this reason, its production, like that of Ritalin, is tightly controlled by the Drug Enforcement Administration (DEA), and its promotion is subject to controls set by the 1971 United Nations Convention on Psychotropic substances. According to these rules, monitored by the U.N. Narcotics Control Division, drug companies are not allowed to market controlled substances directly to consumers.

But Alza, along with a half-dozen companies marketing stimulants directly to parents (in magazines like Redbook and Good Housekeeping), neatly sidesteps the limits on specific product advertising by promoting awareness of ADHD, not the drug treatment itself. In its print ad from last year, Alza features a smiling school-age boy holding a pencil who is surrounded by his beaming parents and sister. The caption beneath the photo reads: "Thanks to new ways for effectively managing ADHD, homework may be a more relaxing time at the Wilkin house."

Readers of these prints ads, like those who will view the new TV ads, are advised to call a toll-free number for the "latest treatment information." Parents are then sent a video, a copy of a government study on ADHD treatment and material on Concerta.

This strategy mirrors the one used by Purdue Pharma with OxyContin, a time-release pain medication that has been so widely abused that the company has been forced to considered a new plan for its formulation. To adhere to regulations on the marketing of narcotics while creating a market for its drug, Purdue didn't specifically promote OxyContin to consumers, but chose an approach called "nonbranded education," in which the company highlighted the plight of those who suffer pain and need a drug exactly like OxyContin. In this way they were able to broaden and prepare the market for their drug, while staying within the law.

In the fast-growing market of psychotropic drugs for children, only Celltech, a stimulant manufacturer, has challenged the rules by explicitly mentioning its product, Metadate CD, in magazine ads aimed at consumers. Consequently, the DEA has issued a cease and desist order to Celltech; court actions, as well as international sanctions, could follow. The company also is taking some heat for using a cartoon superhero to promote Metadate CD in some of its ads. Comparisons to the much-denounced Joe Camel campaign have been raised, even though the manufacturer insists that the cartoon is meant for advertising aimed exclusively at physicians.

The remaining several companies involved in advertising stimulants for kids by promoting "awareness" of ADHD maintain that they are performing a public service. However, in the affluent suburban middle-class community where I work, you'd have to be living in a cave without children for the last 10 years to be unaware of ADHD. In fact, I regularly hear parents and teachers describe children's problems of behavior and performance in what sounds like a learned catechism of ADHD symptoms. "He's distractible in the class. He can't focus. He'll only concentrates on the things he likes."

It's almost as if they've read a script. And that's the point. Increasingly the pharmaceutical industry has come under fire for influencing the way we think about ourselves, and now, for influencing the way we evaluate our children. Recently, David Healy, a prominent British psychiatrist, was fired from his high-profile mental health post at the University of Toronto for speaking out about his provocative revisionist history of American psychiatry. He claims that our entire psychiatric diagnosis and treatment model of the last 50 years has been determined by drugs like Thorazine and Prozac and by the pervasive influence of the pharmaceutical industry on research, publications, professional organizations and promotion.

Meanwhile, a consortium of legal firms have filed class action suits in five states against Novartis, the maker of Ritalin, and the American Psychiatric Association, claiming a conspiracy between the two to defraud the public about ADHD and the need for stimulant medication.

Our right to free speech allows the powerful pharmaceutical industry to promote a particular point of view on ADHD, a purported brain-based disorder calling for a medication. And it is true that a child's brain is important; but common sense tells us that homework completion is a complex social/developmental undertaking that involves many more factors. Unfortunately, there is no equal countervailing influence to rebut the drug companies' strong suggestion that ADHD is the cause of poor homework completion. There are no stock dividends or equity for special education teachers, no TV commercials for family therapists who might have a different, more nuanced point of view.

Drug advertising works, and pharmaceutical companies rely on it now more than ever as they compete in narrow markets. With nearly a dozen stimulants now available without too much to distinguish them clinically, manufacturers will have to advertise heavily to maintain or create their niche in the legal stimulant market -- worth some $750 million a year. It took just three years of relentless advertising directed at physicians, for instance, for Adderall, another stimulant, to surpass Ritalin in 1999 as the most common brand name drug prescribed for ADHD.

Stimulants do work -- low doses have been shown to improve concentration and work completion for everyone (child or adult, ADHD or not). But stimulants are not the moral equivalent of -- or substitute for -- helping parents parent and teachers teach. Yet I'm afraid in our current environment, this doctor's opinion is likely to be dwarfed by the next 30-second spot.