Why does my Yankee loathing run so deep?

Is it possible to love New York yet pause a moment to curse the Bronx Bombers and all their works? You bet. 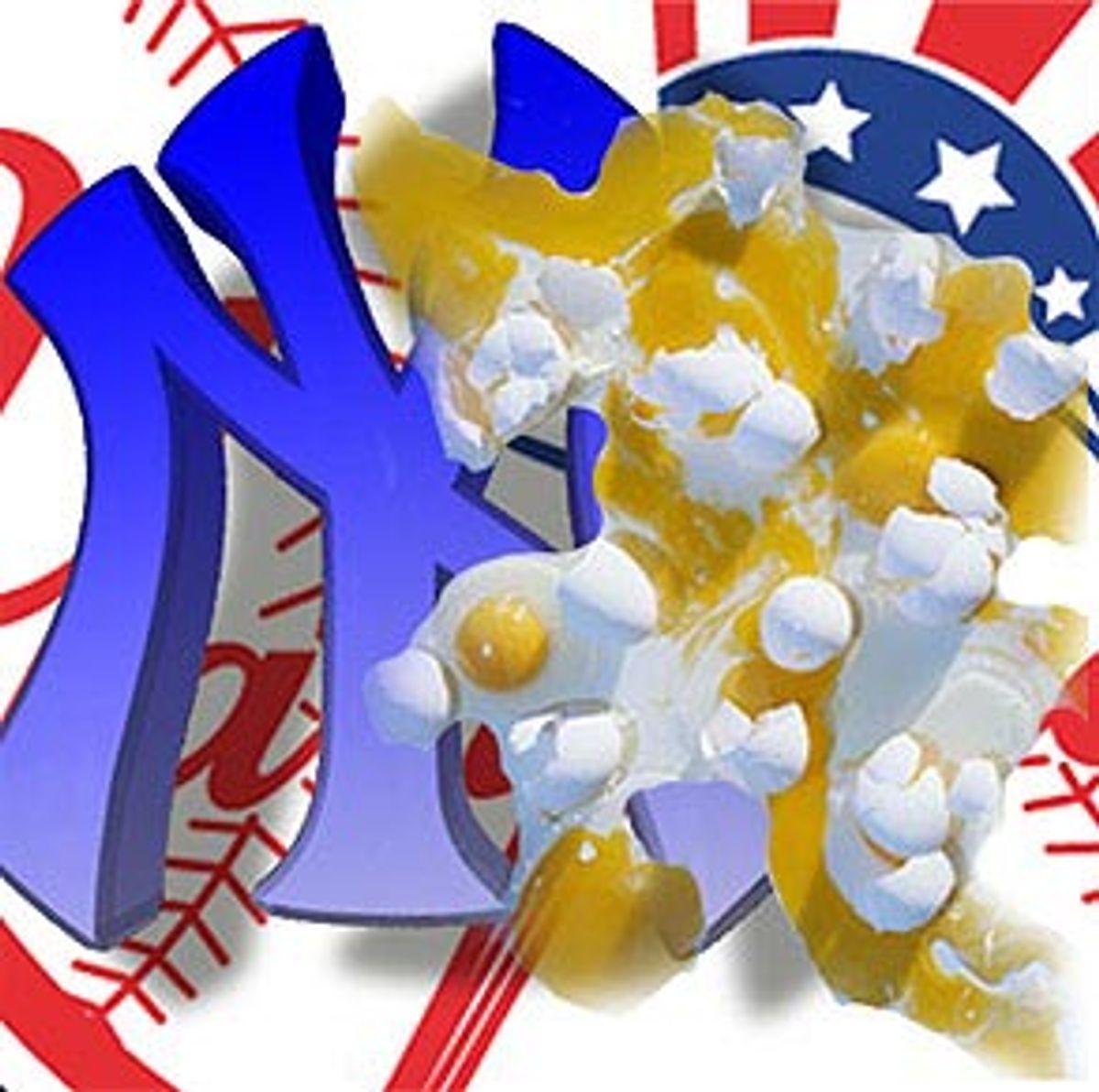 Today, everybody loves New York. Mayor Rudy, New York's Finest, the firefighters -- all part of the corny Big Apple bumper sticker plastered on our collective heart. As we watch the city get off the mat and start swinging again, people everywhere salute the plucky citizens of America's mightiest metropolis. And then some of us turn toward Yankee Stadium and offer salutes of a different kind. To hell with solidarity -- we still hate the Yankees.

Now, in the fall of 2001, is that OK? Is it cool to lie awake wishing painful strains on every pinstriped groin? At this dark moment when we stand shoulder to shoulder with all the residents of Gotham, can we pause a moment to curse the Bronx Bombers and all their works? Hell yes. I hate those Bronx bastards.

I know -- sports don't matter anymore. Sept. 11 put everything in perspective. Empty athletic contests mean nothing in the big scheme of yada yada. Why then do my teeth grind like tectonic plates as I watch Paul expletive O'Neill circle the bases like a prize spaniel prancing around a dog ring? Why does my Yankee loathing run so deep?

It's the inevitability -- the numbing predictability of Yankee success when the pumpkin wears frost. They say baseball is like life, and it's true insofar as this: No matter what you do, what deals you make, what successes you enjoy, you cannot forestall the inexorable end. There are only two certainties in this life: death and the Yankees.

Taxes? You can cheat on your taxes. Taxes are random compared to the Yanks. In the 2001 playoffs they first faced an Oakland Athletics team that won 102 games and compiled the best record in the majors after the All-Star break. The Yanks lost the first two games of the best-of-five series on their own home turf. That left them in need of three straight victories, two of them in Oakland where the A's had a 17-game winning streak going.

But the sun continued to rise and set as usual and the Earth failed to wing crazily off into space like a runaway truck tire. So a week later the victorious Yanks were heading into Seattle for the American League championship. The Mariners, you may know, tied the major league record for most wins in a season with 116. One hundred and sixteen victories, piled up steadily from April to September like sawdust from a Washington wood chipper.

And what are the victories of spring and summer? They are the youthful Hollywood dreams of a future chartered accountant. They are the salad days of a high school quarterback, destined someday to land steady work as the overnight security officer at a parsnip warehouse. They are a 10-course banquet of nachos and cream soda. They leave you as fat and gassy as the other half of a Mike Tyson fight. When the Yankees hit town, Seattle had as much chance as a crippled pigeon on a LaGuardia runway.

But why? Why do the Yankees wait like a terminal disease at the end of every tedious campaign? Money, of course; for all baseball's trumpeting of midbudget successes like the A's, the poor are no more likely to prosper in the major leagues than they are in the America's Cup.

Nonetheless, winning is not just about cash. The Texas Rangers proved that with spectacular flair this year by vomiting a quarter-billion bucks onto shortstop Alex Rodriguez. Evidently Rangers' management hoped their pitching staff, like Anna Nicole Smith, would perform better in front of a rich guy. Instead they finished with the worst earned run average in the major leagues and the Rangers missed the division title by 43 games. A-Rod played well, but to match expectations he would have needed the kind of season not seen since Moses went 10-for-10 against Pharaoh. The fact that ownership of the Texas Rangers now appears to be a springboard to the White House should have American taxpayers clutching reflexively at their wallets.

Money doesn't help if you're stupid. But Seattle spent wisely. So did Oakland. Baseball fans grown tired of the annual October pinstripe parade had every reason to believe that deliverance had come at last. And when baseball's reliable rat fink Roger Clemens stumbled out of the playoff gate, losing Game 1 to Oakland and looking shaky in his second start, tyranny finally seemed on its last legs.

The Yanks didn't need their ace. The Yanks, it seems, don't need anything but that famous two-letter pileup stitched onto their hats. Logic becomes futile. Throw away the racing form. Yankee mystique trumps all.

And maybe George Steinbrenner will be president. Sorry, Rudy, but I hate the goddamn Yankees.