A gripping documentary tells the wrenching story of a 1914 polar expedition that was hell on ice. 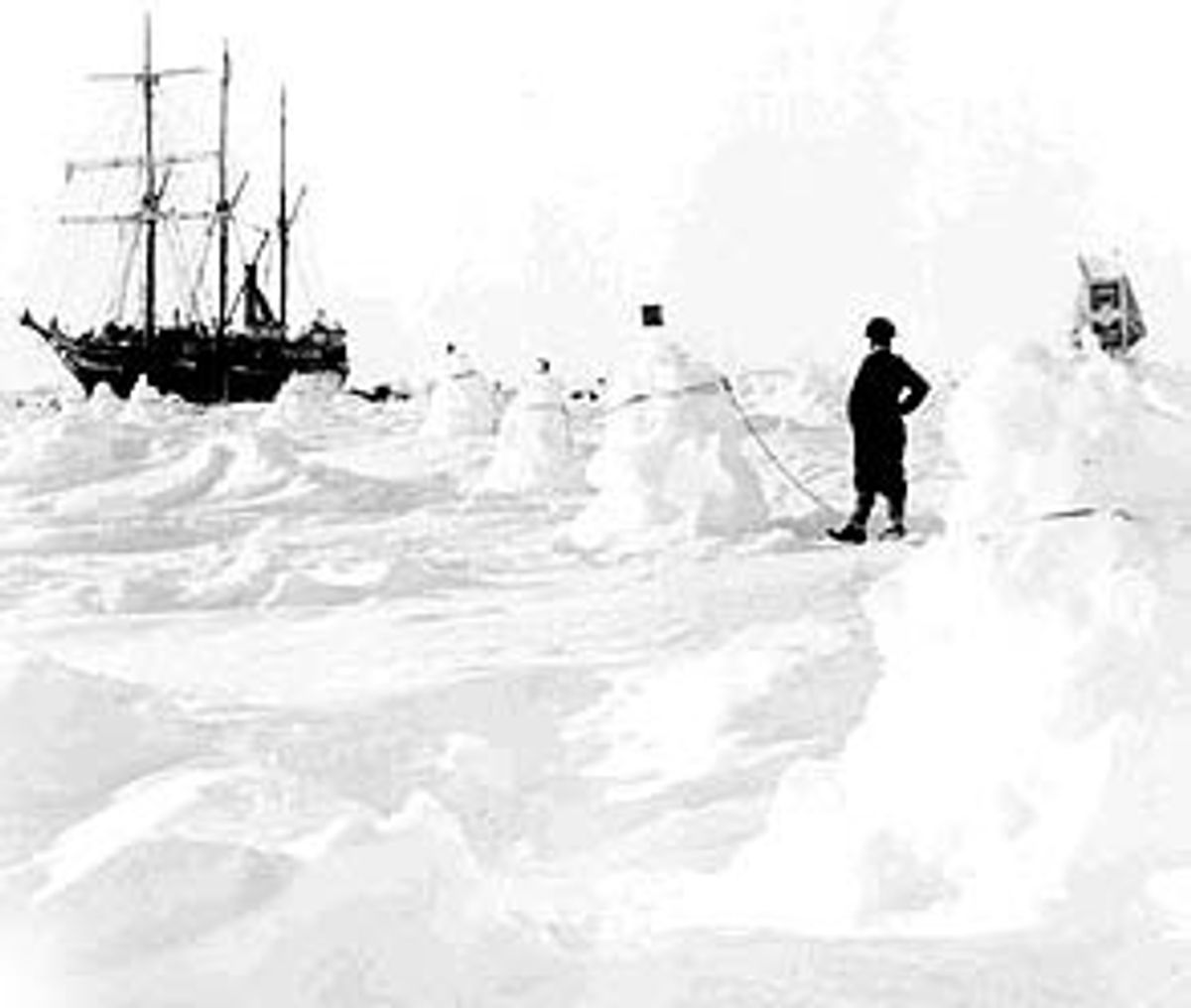 The 1914-1917 polar expedition led by Ernest Shackleton managed the feat of finding hell on earth in Antarctic cold. Mercifully, watching the new documentary film "The Endurance: Shackleton's Legendary Antarctic Expedition," isn't anything like being there.

The film is a pleasure, which the real thing was not. It's also a chilling adventure and a compelling story from beginning to end. It is not only an extraordinary memorial to the 28 crew members (27 plus a stowaway), all of whom, due in large part to Shackleton's preternatural will power, survived -- it is also testament to the art, skill and tenacity of expedition photographer Frank Hurley. We see actual filmed footage of the journey, along with more than 100 of Hurley's still photos. These artifacts, which dominate the documentary, make up a virtual day-by-day record of one of the age of exploration's last major odysseys -- from a hopeful outset to the grim reality of months and months of setbacks under the most brutal weather conditions. (The film also features new footage taken in Antarctica and on-camera interviews with relatives of some of the crew members and a polar historian.)

Shackleton and his crew's luck is so bad, in fact, that the story takes on an almost Monty Python-like momentum -- no sooner do the adventurers barely survive one horrific ordeal than they're presented with something worse. And then, after that, something still worse. As each reverse is depicted you continue to watch this stunningly beautiful film partly out of curiosity as to how each new stroke of bad luck will one-up the previous one.

It began well enough in the summer of 1914, when Shackleton, his men, 69 sled dogs, one cat and two years worth of provisions set out on the ship, the Endurance, with the goal of crossing Antarctica. But in mid-January of 1915, the ship became locked in the ice, completely out of contact with civilization. Over a period of more than six months, the Endurance was crushed to pieces by massive, shifting slabs of ice and slowly dragged beneath the surface; by early November it had all but disappeared.

Then things get bad. One night a crack opens in the ice on which the crew's camped and a man slips into the frigid sea in his sleeping bag -- the apparently superhuman Shackleton single-handedly pulls him out of the drink before he can go into hypothermia. After months of camping on the ice floes, the men escape in lifeboats, spend five days rowing in an environment that requires fingers to be pried from the oars after a shift and then land on a rocky island far from the shipping lanes; there's no chance of rescue.

Then things get worse. Knowing they have no hope of surviving on the island, Shackleton and five of the men set out in an open lifeboat to reach civilization. The plan is to then return to rescue the others. Under the harshest of conditions, with the weather making the navigational equipment nearly useless, they travel 850 miles and miraculously reach their destination, South Georgia Island, a fairly large piece of land in the south Atlantic roughly parallel to Tierra del Fuego.

Then things get really bad. Turns out the men have landed on the wrong side of the island -- the settlement is on the other side. The island looks like a slice of the Himalayas plunked down in a forbidding ocean; Shackleton and his five cohorts are starving and nearly frozen to death. (Meanwhile, the crew they've left behind are living huddled beneath an upturned lifeboat, dining on rancid seal meat.)

No problem! Without pausing to catch their breath, they fashion cleats by pounding nails through the soles of their boots, and off they go for a 36-hour hike across glaciers. It can't get any worse, right?

Wrong. There's still months of story to go, and it's all told in one of the most finely crafted films you're likely to see this year or any other. I don't want to wrap this up with some creaky bromide about the human spirit, though dozens come to mind (a fact I'm not proud of). Let's just say that after being immersed in the particularly harrowing ice capades of Shackleton and his crew, not only will it put your own struggles in perspective, it'll leave you wondering if you're even a member of the same species.