"The Chronicles of Narnia" 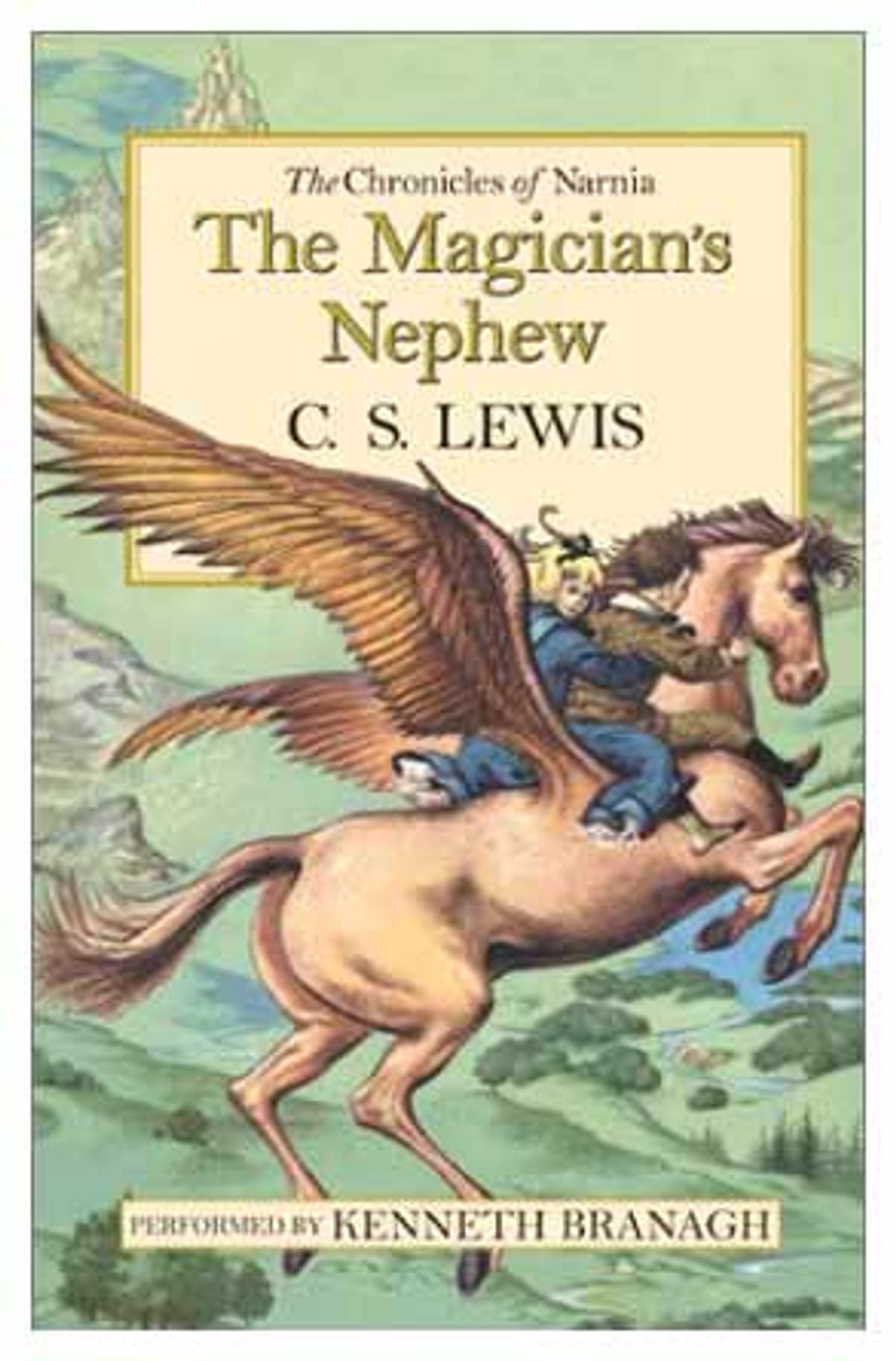 Clive Staples Lewis was born in Belfast, Ireland, in 1898. As a child, he was fascinated by the fairy tales, myths and ancient legends recounted to him by his Irish nurse. The image of a faun carrying parcels and an umbrella in a snowy wood came to him when he was 16. Many years later, the faun was joined by an evil queen and a magnificent lion. Their story became "The Lion, the Witch, And the Wardrobe." Six further chronicles of Narnia followed, and the final title, "The Last Battle," was awarded the United Kingdom's prestigious Carnegie Award.

"The Magician's Nephew," actually written after the "The Lion, the Witch, And the Wardrobe," is the story that C.S. Lewis intended to be the first in his landmark series. This book explains the story behind the story and fills in some of the gaps: How was Narnia created? How did the comings and goings between our world and the land of Narnia first begin?

We are introduced to Polly and Digory, who are tricked by Digory's Uncle Andrew into becoming part of an experiment that transports them into the adventure of a lifetime.