If you are intrigued by the Jack the Ripper tale, go ahead and see the film "From Hell." But the book "The Women of Whitechapel" is better. 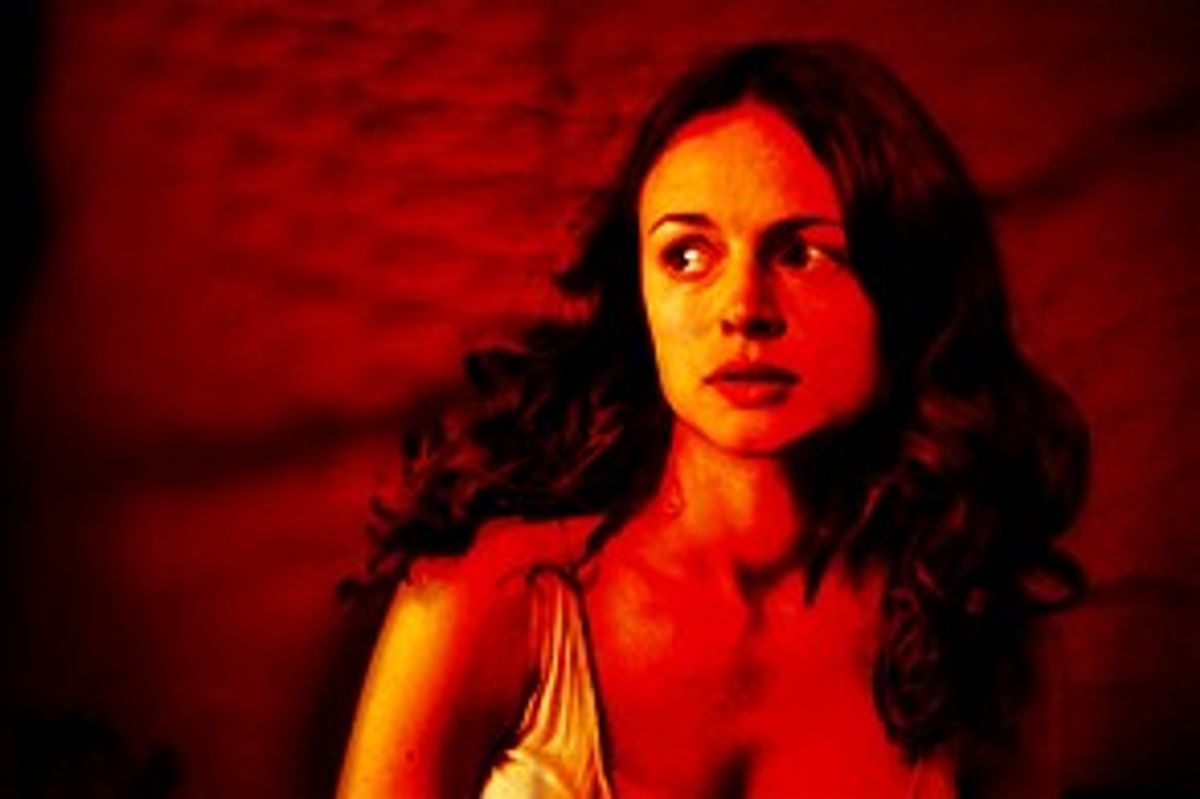 There's not a lot to be said for the movie "From Hell," except for the sly use of Prague to stand in for London in 1888, and the occasional image of the washed-out face of Heather Graham, all thin milk, gullible blue eyes and a corona of marvelously washed red hair.

On the one hand, she is meant to be a Whitechapel whore scrounging for pennies in the filth, yet every day, before she begins her perilous round of the streets, she seems to have had the benefits of Hair and Makeup. She looks a treat, and quite implausibly so. That unflawed beauty would be allowable if she sang, or if she moved and stirred as if driven by some dream of spirit or elemental sexuality in the movie -- if, in other words, "From Hell" had any notion that it is trying to keep company with Pabst's film "Pandora's Box," with Berg's opera "Lulu" or even with Paul West's novel "The Women of Whitechapel."

On the one hand, this is Hollywood saying, "Let's do Jack the Ripper again. Let's have Johnny Depp as the opium-addicted police inspector on the Ripper case. And then let it rip -- the women of the streets, the flash of surgical instruments, the buckets of blood with the sexual organs laid out for inspection. The old in-out, in other words."

The script of the film is credited to Terry Hayes and Rafael Yglesias, and it is said to be based on the graphic novel by Alan Moore and Eddie Campbell. Well, good luck to one and all, I say, and it's not my business to wonder about where it all came from. After all, there really was a phenomenon of rumor called Jack the Ripper created by a popular press feeling its new strength, and inflamed by the new forms of illustration possible in a newspaper.

Jack the Ripper is public domain by now, and there are shelves of articles, books, films and television programs that have treated the subject. But Paul West's 1991 novel was a turning point in the legend, and if anyone has been faintly intrigued by the very complex plot barely made clear in "From Hell," then I urge them to seek out the book.

But go carefully, because the book will really frighten you, and move you, and leave you forever fixed on this small incident of crime or outrage that says so much about the explosion of sexual liberty that was not so far ahead.

It is the notion of West's book (though he never claimed it as original) that the Ripper was the name given to a force of revenge or rebuke that set out, systematically, to eliminate a small circle of East End prostitutes. Why did they have to die? Because they were all party to a weird dark secret -- how a prince of the royal family (hardly stable, but we know that family's history better now) had taken up with one of the whores, in something like marriage, and had had a child by her. And that child, in the nature of such things, stood high in the line of succession to the throne occupied by Queen Victoria. And so, with due conspiracy, certain forces of authority stooped to murder, and dressed it up as ritual killing to divert attention.

Paul West is not one of our best-known writers. He is a loner, a maverick figure, rather old-fashioned in that he favors a lush, rhapsodic writing style. He takes a special delight in novels, works of invention, that take off from known historical circumstances, and he has a raw instinct for things that are vital to this great legend -- sexuality, class and the smothering of freedom.

It was West's genius to tell the story through the eyes and thoughts of a character from history, the painter Walter Sickert -- a very great painter, but maybe a very dark soul -- who might have known all the people involved, and who was one character who moved from the palace to the slums with ease. As a painter, he is a man consumed by thoughts of beauty and passion, just as he paints shadow bursting with the threat of violence. Once you have read "The Women of Whitechapel" -- if you are interested enough -- you would do well to look at Sickert's paintings. He was often inspired by the newspaper reports of murder.

Put West and Sickert together (which is all West did, of course), and you have a tale about a privileged society prepared to commit murder to protect its own decent reputation. What made West's book so touching was the way he depicted an innocent yet vivid sexual urging as the essential, revolutionary force of the time. What is so depressing and demeaning about "From Hell" is its willingness to treat sexuality as exactly the tabloid swill that titillated and terrified readers in 1888. The self-congratulatory mood of exploitation has wiped away the chance of revelatory fable that West first opened up.