Down and out in San Francisco

The collapse of the travel industry is hammering the Bay Area's working class. But is a reformed welfare system still able to come to the rescue? 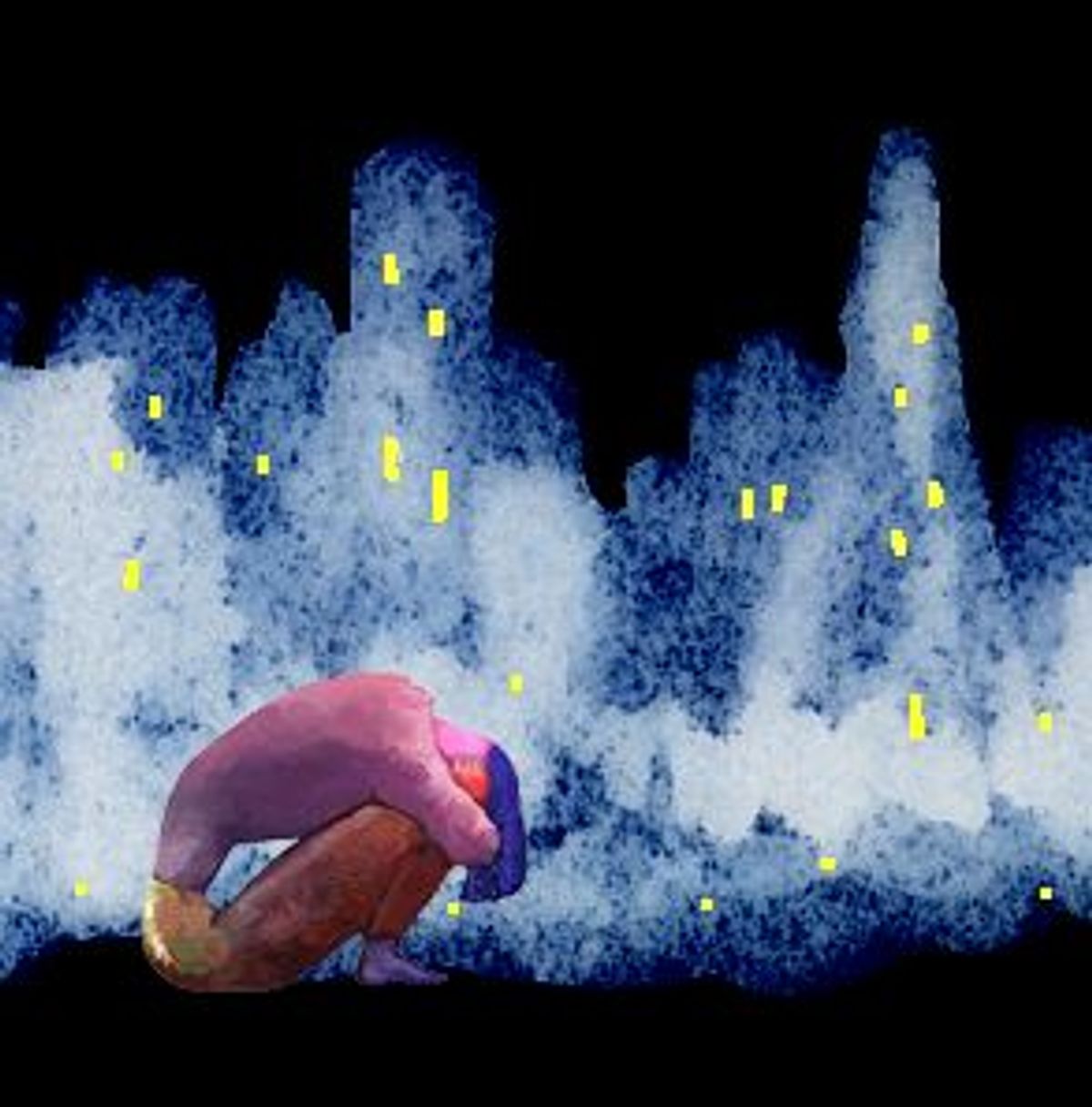 Sonja, 50, a Ukrainian refugee living in San Francisco, lost her job at a local travel agency when business faltered following the Sept. 11 terrorist attacks. "I am a philosophical woman," says Sonja. "Bin Laden killed more than 5,000 people physically, but he killed hundreds of thousands of people like me, because we lose job and this is like killed for the U.S., especially for people like me, who does not know so nice English and does not have a nice education."

Sonja -- not her real name -- had been a welfare-to-work success story. In February, less than a year after immigrating, she graduated from an intensive 18-week job training course at Jewish Vocational Service, a course that teaches both English and computer skills to new immigrants. After sending out 70 résumés in a month, she found her travel agency job, where she processed tickets and updated client files in the operations department. The work helped her acculturate to her new country, as well as earn a living: "I work at a beautiful American company," she says. "Young people, all the people very nice to me, and some people know a few Russian words and speak this. Every day when I came to work, I was happy."

But now, like many other low-income workers, she's been hit hard by the economic fallout from the terrorist attacks and the war. Just 10 days before her 50th birthday, at the end of September, she got the news that she and half of the rest of the office were being let go. "First week, I was killed after this. I was killed. I could not do anything. But after this, I began to send résumés." So far, Sonja hasn't been able to collect unemployment, because she hadn't worked for the company long enough.

Since the layoff, she's sent out some 300 résumés for clerical and administrative jobs in the Bay Area. She's received 90 responses, most of them the "we'll keep your résumé on file" variety, and two job interviews. She's still looking.

Since federal welfare reform was enacted in 1996, more than a million women have moved off the rolls into the work force, cutting welfare rolls in half, according to the Urban Institute, a Washington-based think tank. But the sweeping change to the nation's safety net came during an economic boom characterized by new job creation and low unemployment. At its highest point last December, employment among single women with children -- the major population segment that receives welfare -- was at 75.5 percent, up from around 59 percent in 1994, according to the Urban Institute.

The economy had already stared to slide before Sept. 11, but the kinds of jobs that most former welfare recipients had moved into hadn't yet been hit. "In the first six months of this year the downturn was pretty limited to manufacturing and high-tech, neither one of which are a big employer of low-skilled women," says Harry Holzer, a Georgetown University professor and former chief economist at the Department of Labor.

But that's changed since Sept. 11. The hospitality industry, one of the biggest employers of former welfare recipients, now has to deal with empty hotel rooms and restaurants. Welfare reform enacted during boom times now faces its first serious test: Will the safety net work when the labor market softens and ex-welfare moms find themselves laid off?

The blitz of TV ads encouraging Americans to shake off their troubles and worries and visit New York or Las Vegas for a frivolous getaway has struck some as a craven consumerist response to the horror of the terrorist attacks and the gravity of war. But for the thousands of low-income workers in cities like San Francisco, where tourism has been and remains the single biggest industry, the hysterical civic cheerleading already has a more desperate tint.

After the attacks, leisure travel to San Francisco fell by about 25 percent and business travel by about 80 percent, according to the Convention and Visitors Bureau. In the weeks following the Sept. 11 terrorist attacks, when Sonja was helping refund tickets to worried travelers, occupancy in San Francisco hotels hovered at just 30 percent. That's less than half of what it would typically be during a season popular for conventions, according to Tom Ryan, who does community service work for the AFL-CIO at the San Francisco Labor Council. More than 40 days later, with doubts hovering around air travel and the economy, it has yet to recover.

One sign of the times: The lavish new Four Seasons Hotel, a facility so swank that it held a launch party for its gym, had already laid off hotel workers before the doors even opened for the first time in early October. And while it's fashionable to sneer at how such decadent excess is now out of touch with current, sober national realities, it's the out-of-work housecleaners and the minibar stewards and dishwashers and the janitors who haunt the place, not the ghosts of loaded guests who never arrived.

By one city estimate, since Sept. 11 more than 3,000 San Francisco hotel and restaurant workers have lost their jobs or had their hours cut back so significantly that they no longer qualify for health insurance. Union organizers put that number higher, citing the loss of between 2,000 and 3,000 workers in San Francisco's unionized hotels alone. One night, Hotel Nikko, a luxury hotel with 532 rooms and 22 suites, had just 17 guests, according to Ryan.

In San Francisco, the economic slowdown had already begun before the planes went down more than 3,000 miles away. Over the last few years, San Francisco hotels had seen occupancy rates soar as high as 80 and 90 percent at a time. And as the flagging economy tightened things up for everyone from free-wheeling "free agents" to programmers, the tourist and convention trade did begin to weaken before Sept. 11.

"What we were seeing even before all this stuff started is that [the] economy had begun to decline, and it's having an impact on poor people," says Amanda Feinstein at San Francisco's Department of Human Services, which administers welfare benefits. "Tourism and hotels have been fairly strong for several years in San Francisco, and suddenly it's been struck."

"The housekeeping women get hit particularly hard. That's usually the largest department in each hotel," says Ryan. Along with the hotel and restaurant workers, people who work on a per diem rate assembling the exhibits for trade shows at convention centers have also seen demand dwindle. Applications for welfare benefits went up 24 percent from August to September in San Francisco alone, whereas previously the rate had been fairly flat.

"After Sept. 11, it is really sad," says Julia Carmona, a project manager at the South of Market Employment Center. "We couldn't even get positions for janitorial and dishwashers. Last year, we were looking for clients to fill jobs, but this year it's reversed. We're looking for employers who are looking for workers." She is hoping that the Christmas shopping season will bring recovery with it.

Leo Chyi, an employment coordinator at Chinese for Affirmative Action, agrees. "Many, many people are looking for janitorial or cleaning jobs. It's been really, really hard to find housekeeping jobs." Every week the organization gets jobs listings from big hotels that always have something open, but now list only scattered management jobs. "There are fewer than half as many jobs as usual on these announcements. There's fewer positions posted, and there's definitely an increase in the number of people looking for that same small number of jobs." says Chyi. The organization has begun searching for jobs for its clients at medical centers and other businesses not related to tourism.

The competition for work that doesn't require much English has gone up too, since two local garment factories have gone out of business, leaving another 420 people out of work. It's a situation in stark contrast to the boom years, when affluent and liberal Bay Area residents, especially those down in Silicon Valley, worried that the region was becoming so unaffordable no one would be around to pull their lattes and dry-clean their clothes. Now, the applicants are there, but the jobs aren't.

With San Francisco Airport traffic still down by 50 percent more than a month after the attacks, Mayor Willie Brown announced a telemarketing campaign on Monday to try to encourage Bay Area residents to come play in San Francisco. But more than a million annoying phone calls interrupting dinner won't likely be enough to restore the city's tourist biz, where hotels typically fill up 80 percent with visitors who arrive by air.

"Hospitality" has traditionally been one of the biggest arenas hiring women who graduate from welfare-to-work programs. But in an effort to avoid shunting poor women into so-called dead-end jobs like making beds or cleaning toilets, some, like Sonja, were trained in office skills. But even as she bridged the "digital divide" she still had the misfortune of being connected to the travel industry.

For social service workers that's a silver lining, since it suggests that the people formerly on welfare aren't necessarily the first to be let go from their entry-level jobs, and that the system is being used as a temporary safety net -- exactly as it is supposed to be, at least for now.

But for former welfare recipients the situation is compounded by the fact that this is the first year that some may be starting to reach the five-year lifetime limit to receiving benefits that federal welfare reform imposed. How individual states will step in to help women who can no longer receive benefits is the great unknown.

"This is a real test of state and federal policy in this area. What will happen when the crunch hits? There may be some very difficult choices that states have to make," says Timothy Bartik, an economist at the Upjohn Institute for Employment Research, a nonprofit think tank. "Work rules that you imposed at the time the economy was booming, do you enforce those? Do you use your money to try to create jobs?"

"The real question is how are states going to deal with it when people are reaching their 60 months and five-year limit, at the same time that the availability of jobs is less than it has been in 10 years," says Rebecca Blank, dean of the school of public policy at the University of Michigan. Some economists predict that states might start calling for a federal bailout, just as the airline industry has, if things start getting really tight.

The crunch is likely to affect even the women who do manage to keep their jobs as the economy tightens. During the late '90s, as welfare rolls shrank, many states used the excess cash from federal welfare assistance to enact programs to assist the newly working low-income moms, like subsidized child care and job training. But now, many of those programs may be slashed as the states move money back to cash grants for the impoverished and unemployed.

As for Sonja, she no longer qualifies for welfare for a happier reason. Her husband is now employed as a maintenance supervisor in Oakland. Yet her 25-year-old son is studying and looking for work in computer programming, after doing an unpaid internship at a company that couldn't afford to hire him.

Sonja, who says that her welfare-to-work job training taught her "about American mentality, American rules and American lives," is now learning about the American layoff. Armed with two glowing letters of recommendation from the company, she's out looking for her next gig.