In emergencies, after disasters, youth is a powerful fantasy. 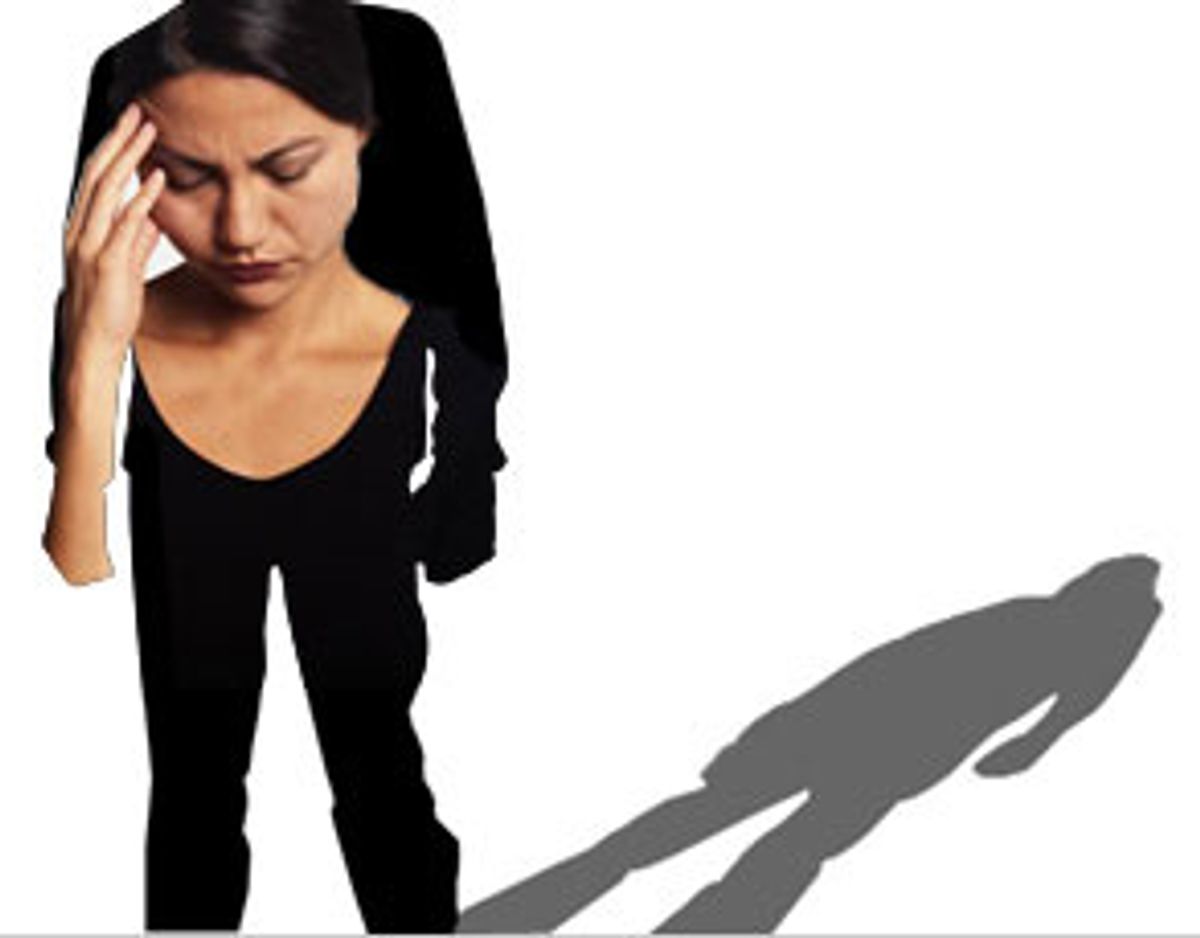 My brother died in 1966. He was a droll, charming, brilliant young man. He stooped a little so he could talk to you at your level, like the nicest tall people I've known. An erstwhile fat kid, he'd grown up to look like Elvis Presley but with a sweeter mouth and kindly direct brown eyes. For a dark-haired person, he had high coloring; he hated it but he blushed. He wore a black leather jacket and rode a motorcycle; at my wedding in 1964 he turned up wearing a red vest with his striped gray pants and black dress jacket. He was cool. He was a devastatingly accurate critic of pop culture and a nonstop sit-down comedian. He'd read widely; he had sharp things to say about Gatsby and he quoted "The Wasteland." An erstwhile pest as a two-years-younger brother, he became a true pal.

Lewis died at 22. Because he died so young, as the years have passed, I've thought -- "often, but not very long at a time," like the widower in Proust -- about what he would be doing and feeling and joking about. He lives a whole shadow life, silently, beside me. For decades I have kept this continual storytelling of mine to myself, but now, with so many others suddenly and prematurely dead, there are compelling reasons to share it.

After a few years, when I finally stopped searching for his shy rosy face above the heads of others in the streets, I decided that he would have married -- someone like the pretty, serious girl he was going out with in 1966. Over the years, his story developed, acquired more texture. He went into construction -- I saw him as a builder, and, like our cousin Larry, once a tie-maker and union organizer, becoming a self-made millionaire. Lewis didn't let money spoil his generosity or his children. He read late into the night; went back to college at midlife because he got interested in something weird to me, like paleontology or string theory. He was a good dad, that was absolute. Would he have had grandchildren?

I didn't let myself get much more detailed than this, because I respected his otherness: I'd never understood him well enough to know what he wanted, and he would have launched himself even more along his own lines over time. But damned if I would let a story of decline be told about my brother because he didn't get to write his own autobiography.

Lewis was buried on my 25th birthday. "A quarter of a century old," I joked to the relatives who mentioned it. I felt "old" then, as people foolishly use "old" to mean tired, defeated, in despair, apathetic, careless. All those sad feelings I had, but I wasn't old. Eventually I knew better, and inverted Bob Dylan's lines (which always made me cross) to state the simple truth: "But I was so much younger then; I'm older than that now."

I'm not boasting to Lewis that I survived, that I acquired a family, long-term friends, a series of careers. He knows how lonely I've been without him. I'm using "older" to mean recovered through time, more rational than that superstitious girl, unbeaten. OK, I'm wiser too, though not because he died or as an effect, however long term, of his death. I've just had more time than he to meditate about life's expensive risky lessons.

Because he died so young, as the years have passed, our ages have grown relentlessly farther apart. My son is now older than the age that Lewis had attained.

Wars bring premature deaths in overwhelming numbers. In the 20th century -- since millions died at the Somme and the Marne in World War I -- many nations have turned from national mourning to a cult of youth. Such cults glorify youth's beauty or intelligence or creativity but they also isolate and distort and mislead the young people of an era. They showcase cartoonish characters (flappers, hipsters; hippies, Yippies and Weathermen) and their stock appurtenances (bearskin coats and flasks; hot jazz and pot; coke and obscenity and bombs). Cults also bring generation gaps and midlife pain in their wake. But the pattern is clear: In emergencies, after disasters, "youth" is a powerful fantasy.

And now, with the premature deaths of thousands of people of all ages, this fantasy may become even more fierce than it has been before. There used to be a compensatory fantasy for those becoming older-than-young: the American dream. In the 1920s, and after World War II, many people anticipated that midlife might bring not just family love, but also respect, comforts, security, upward mobility. The American dream was a fantasy for grown-ups, but it was helped into actuality by forces like labor unions, the civil rights movements, high economic growth, high employment rates, progressive taxation and the expansion of higher education.

More recently, with decades of midlife downsizing, rising inequality and insecurity, and now, unemployment, the American dream is quietly vanishing. What future does that illusion have for most adults, even in the middle class? What is left is a regressive and nostalgic daydream, that we can stay "young" -- wonderful, entitled, and promising -- forever. And some dye and lie and cut their aging flesh, to feel promising, if they can, for as long as possible.

There is much to feel sad about now. And I feel so sorry that the cult of youth -- dragging its painful sequelae -- is now likely to worsen in America.

And I want to say gently, very gently, the obvious truth behind my decades of make-believe: They do nothing but let my kid brother age, in my imagination, close to normally -- as if he were alive. Lewis would have distinguished gray hair now; I can almost see it. Aging, that's what we wish the dead would do. Along with us.

Despite my speculations about the car he would be driving and whether he would have taken very early retirement, Lewis, Lewis, remains always only 22. Dying -- it's really the only way to stay forever young, isn't it?

Margaret Morganroth Gullette, a writer and resident scholar at Brandeis University, is the author of "Declining to Decline."