The new series "24" brings back the kind of sexuality Bogart and Mitchum had, back when. 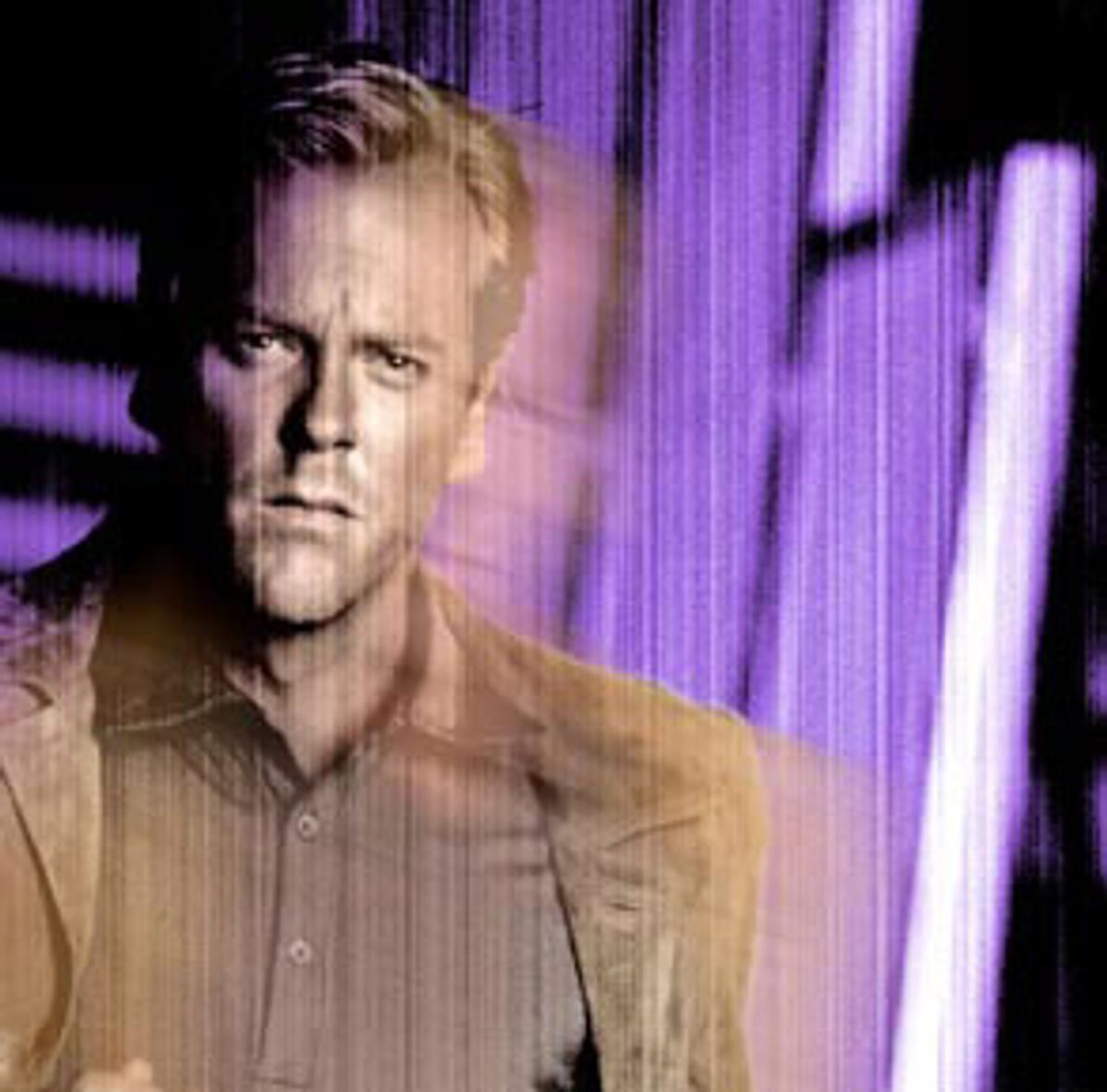 If ever there was a TV series that risked cancellation before its debut it was "24." No, I am not talking about the inadvertent ways in which its story line might remind us of the events of Sept. 11. After all, postponement could muffle that. But postponement meant that all through the baseball playoffs (and that was a series most of us wanted not to end), we were subjected to the ordeal of "24"'s moronic promotion. I knew lines and looks from the show by heart before the Oakland A's were eliminated. And all the while I was asking myself whether Fox really expected me to take any of this remotely seriously, with Kiefer Sutherland in the lead.

Talk about damaged goods. You could get out a reference book and prove that Kiefer William Frederick Dempsey George Rufus Sutherland wouldn't be 35 until December 2001. No matter, I had this feeling that he'd been around too long for his or our good. The baby face was beginning to rot at the edges. That drugged voice seemed too weary or incredulous to go all the way with its own lines. Kiefer Sutherland was the kind of actor a low-budget movie started looking for when its own deals were collapsing and no one on the picture was sure it was anything more than a money-laundering operation being run out of Canada and Lucerne. That's when you remembered that Kiefer Sutherland was Canadian, too.

Vaguely, I recalled his pig-nasty Lt. Kendrick from "A Few Good Men" -- the fascist who'd carry coals to hell for the Jack Nicholson character -- and I remembered the moment, 10 years ago, when he really looked like a kid in "Young Guns" and "Flatliners," and when Julia Roberts had dumped him. He'd had half a moment then, maybe. But it had been downhill ever since -- working on TV, in projects that went straight to cable, video, the Southwest or the shelf. I thought of Sutherland as the bloated rapist who is nearly torn to pieces by Reese Witherspoon in "Freeway." There he was -- just 30 -- and he was a figure for our derision. And he was the lead in "24"?

Well, one episode has it settled, as far as I'm concerned. Tuesday nights at 9 are going to be Jack Bauer and "24" for some little while. Those promos weren't so much begging us to watch or remember. They were just cockamamie happy because they've got a hit. And by Christmas, if you ask me, it's going to be taken for granted that Kiefer Sutherland has put sexuality -- like Bogart or Mitchum sexuality -- back on TV.

There are going to be plenty of occasions when you can't exactly work out what is happening in "24," or when you have to try explaining to someone new to the show that, yes, all the women are lean, dark, slinky and edgy. Don't bother too much which is which. Just think of them as moths fluttering around Kiefer Sutherland, playing musical chairs when the last chair is his mouth. In other words, from the first episode the show hit its style, its mood, its breathing level -- and the center of gravity in "24" is about an inch under Kiefer's nostrils. He's always been a heavy breather, in the sense of menace, but now you just want to feel that he might inhale you -- and this Sutherland has the heft and the promise that could suck nails out of the wall with his sighs.

It's a show about a guy in government security, with an untidy home life -- he has a daughter who is snaking around, and he has a wife and an ex-lover on the job who are both as edgy as hell because they know that neither one is the sole object of his sighs. So far. There will likely be more. Not that I think we are ever going to be tested on the synopsis details. The test is whether you get and like Kiefer Sutherland as an old-fashioned guy with integrity. The story setup reminded me a bit of Michael Mann's "Heat" (and evoking Mann on series TV is a good start), but the real reference is to that kind of battered integrity we treasure from the '40s. And that's why I don't think anyone is going to be offended if "24" gets very close to the events or the dread of Sept. 11. Because we're going to be with Kiefer.

So there's something new in the world -- out of the apparent wreck of a career, a sexpot is born. They might even have Julia begging them for a guest spot.