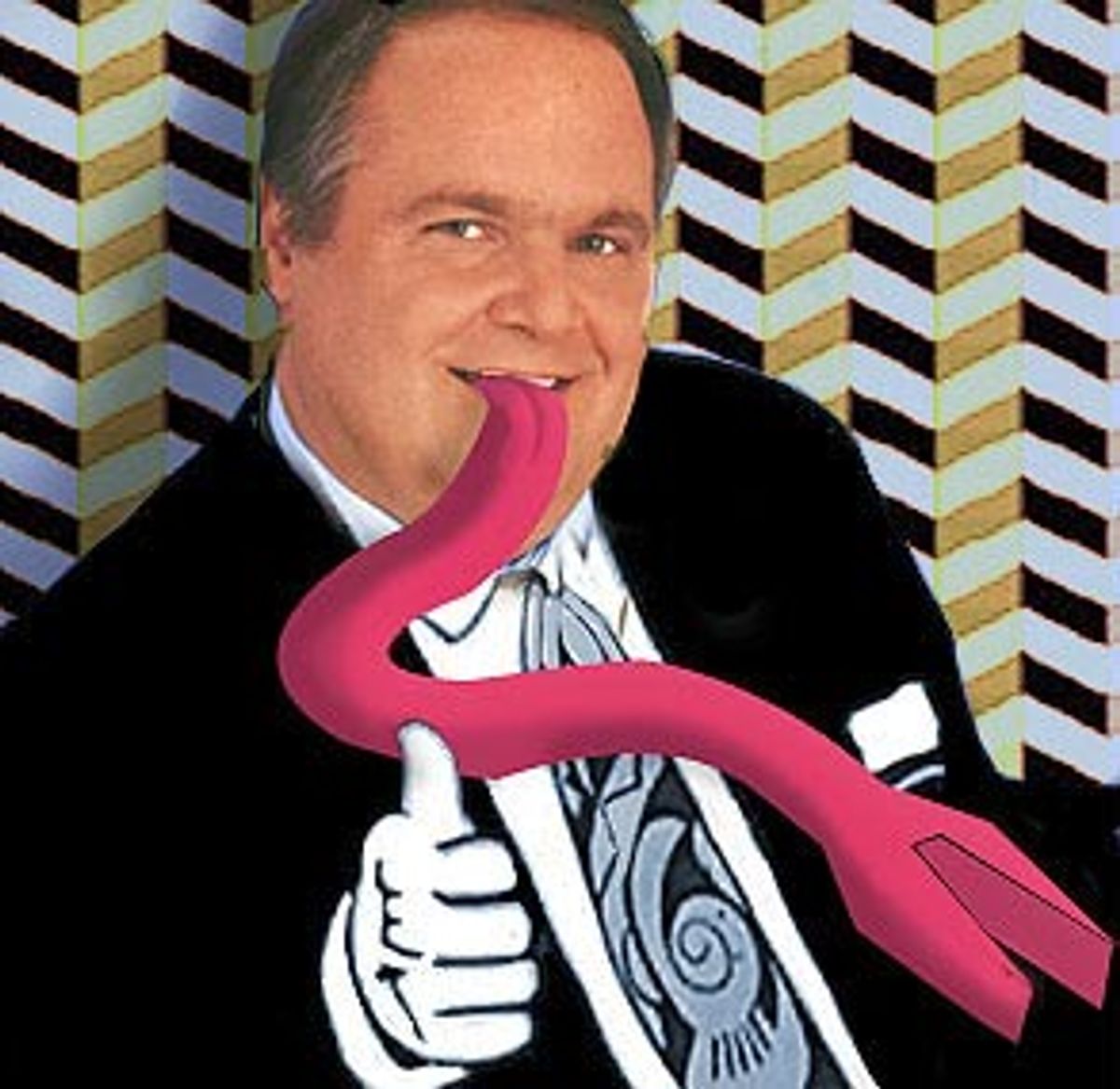 The war on terrorism has produced some strange reversals. For instance, one year ago Pakistan's Gen. Pervez Musharraf was an isolated, ostracized general who appointed himself president. Today, he's welcoming the British prime minister and American cabinet members, all seeking the ear of the influential Afghan neighbor.

Perhaps no wartime U-turn, though, has been more surprising than the conservative wing's sudden, lusty embrace of political correctness in its effort to stamp out public dissent regarding the war on terrorism. The same right-wing ideologues who spent the last 10 years sounding alarms about the chilling effect of attempts to curb unpopular speech have loudly applauded as college administrators have denounced anti-war professors and advertisers have boycotted TV personalities who dared to make unpatriotic comments.

Before Sept. 11, when those exact roles were reversed and conservatives were the ones playing the victim, they wrapped themselves in the mantle of the First Amendment and cried censorship. After Sept. 11, public figures who are feeling the heat from inflammatory comments are merely getting what they deserve.

Writing for the Wall Street Journal editorial page on Monday, in a piece dubbed "Why do America-haters think they're entitled to freedom from speech?" Gregg Easterbrook summed up the new spin: "What's at work here is a fundamental misunderstanding of the First Amendment. It guarantees a right to free speech, but hardly guarantees speech will be without cost."

He noted the First Amendment was originally construed to protect anti-government speakers from imprisonment, but not from "denunciation, ostracism, loss of employment," and that unpopular speakers had to assume certain societal risks.

Too bad he, or somebody else at the Journal's usually p.c.-obsessed editorial page, hadn't clued conservatives in to that fact during the last decade, when they were so busy equating speech criticism (i.e. political correctness) with censorship. Even though they never suggested the government was trying to curtail their speech (the only body that can legally censor), conservatives argued that because their brothers-in-arms were occasionally denounced and ostracized they were being "censored."

That's a mighty loose interpretation of censorship. But at the time it served the purpose for conservatives, and their odd fascination with victimization.

For instance, last year when the new television show from controversial conservative radio host Dr. Laura Schlessinger faced an advertiser revolt in response to protests staged by gay groups, conservatives were sure of one thing: It was censorship.

Syndicated columnist Cal Thomas: "She [was] censored with a fervor our book-burning ancestors would have admired."

Fox News Channel's Bill O'Reilly: "This is blatant censorship. That's an infringement on freedom of speech."

Washington Times editorial: "[Gay groups] will use the shrill and censorious power of political correctness to bully the advertisers."

In the wake of Sept. 11 though, those rules have been modified. Bill Maher, host of ABC's late night "Politically Incorrect," ran into a buzz saw of criticism for remarks he made on Sept. 17 when, amid a debate about whether the terrorists who crashed the jets into the World Trade Center were "cowards," he argued, "We have been the cowards. Lobbing cruise missiles from 2,000 miles away, that's cowardly." (He later apologized.)

Actually, the night of the show, the remarks garnered little attention. The next day though, a religious fundamentalist and talk show host in Houston, Texas, urged his listeners to call "Politically Incorrect's" advertisers and complain.

Soon Maher, like Dr. Laura before him, faced defecting advertisers and local affiliates reacting to the growing controversy. By conservative standards, that's "blatant censorship," as O'Reilly would put it, right?

Once again, the Wall Street Journal offered up the new explanation: "[Maher's] comments fully merit First Amendment protection. But the advertisers who yanked support from his show were also within their rights: That A may speak hardly means B must fund A's speech."

Conservative media monitor Brent Bozell agreed: "It's not 'censorship' if [ABC] decides that Mr. Maher's regularly kooky left-wing remarks are too offensive to its audience or advertisers."

Now they tell us.

The conservatives' p.c. flip-flop on college campuses has been just as dramatic.

Writing one of his many ardent columns about how political correctness was stifling free speech at universities, syndicated columnist George Will once bemoaned the plight of a conservative English professor who became the victim of left-wing p.c. witch hunt when he labeled a master's level program in Third World and minority literature as "racist." The professor's punishment? According to Will, he was "shunned" by colleagues, "avoided" by graduate students, and "denounced" at a student rally.

How times have changed. According to the Wall Street Journal's new guidelines, that's now all fair game because "speech must be free, but cannot be without cost." Will's English professor in question was simply paying the price -- the cost -- for his provocative statements.

Just like University of Texas journalism professor Robert Jensen recently paid the price for his fiery column published in the Houston Chronicle, in which he suggested the Sept. 11 attacks were "no more despicable than the massive acts of terrorism" committed by the United States." Days later, in an unprecedented move, UT president Larry Faulkner (Jensen's boss, in effect) wrote a letter to the Chronicle repudiating Jensen's remarks and calling him a "fountain of undiluted foolishness."

In the past (or if Jensen were expressing conservative views), that sort of singling out, particularly from a college administrator, let alone the president, would have generated howls of protest from conservative ranks complaining about the chilling effect the move would have on campus free speech.

As anti-p.c. crusader and U.S. News & World Report columnist John Leo complained before Sept. 11, "The [campus] culture is pretty adamant about what you say and what you should think. So when someone comes from the outside and says, 'No, I'm suggesting the opposite,' a great intolerance is forced to the surface."

Leo has yet to come to the aid of Jensen or the "great intolerance" that surfaced on the Texas campus.

In a UPI story earlier this year on political correctness, National Review columnist John Derbyshire bemoaned "the steadily narrowing rules about what can be said in public."

Yet what was the National Review Online's reaction to Jensen's being publicly censured by his university employer for making controversial statements? Instead of lamenting the steadily narrowing rules about what can be said in public, the conservative outlet complained, "[the] university administration has done nothing to Jensen -- he hasn't been fired, placed on administrative leave, or told to clean out dormitory bathrooms on Saturday mornings."

National Review mocked the notion that "criticizing [Jensen] should not be permitted because it might have a chilling effect on free speech. If that logic is hard to follow, consult George Orwell."

Or maybe George Will.