Listen to an excerpt from a 1975 production of Herman Melville's classic, with Charlton Heston as Ahab and Keir Dullea as Ishmael. 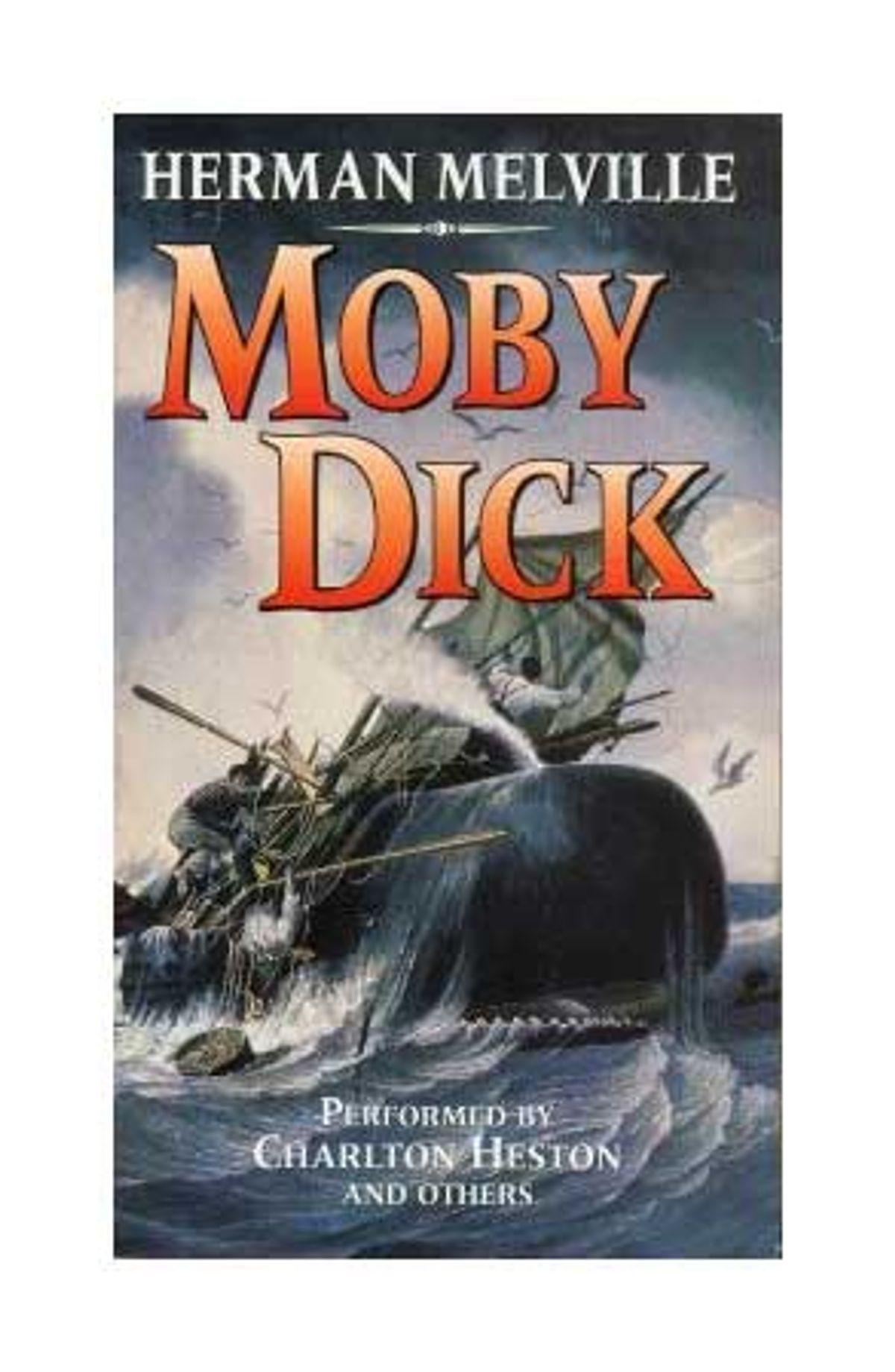 Herman Melville's "Moby Dick" is the story of Captain Ahab's obsession with destroying the white whale that crippled him in a previous encounter. "Moby Dick" transcends its subject by exploring the bigger picture of man and his precarious and often contradictory relationship with the universe he inhabits, a universe of the greatest good and the most profound evil.

It is a timeless epic parable that is by turns amusing and unsettling, but always fascinating. The vocal performances of a solid cast, originally recorded in 1975, add to the listening excitement. Charlton Heston is Ahab, tyrannical, God-ridden and consumed with his quest; Keir Dullea, best known for his starring role in Stanley Kubrick's "2001: A Space Odyssey," is the laconic and mysterious narrator, Ishmael; and George Rose delivers Father Mapple's tremendous call to the whaling men.

Listen to an excerpt from Melville's "Moby Dick" [Harper Audio] below.