Like a lot of men who were killed Sept. 11, my dad died young and left children. At 7, I made a secret plan to cope with his loss, and it worked. 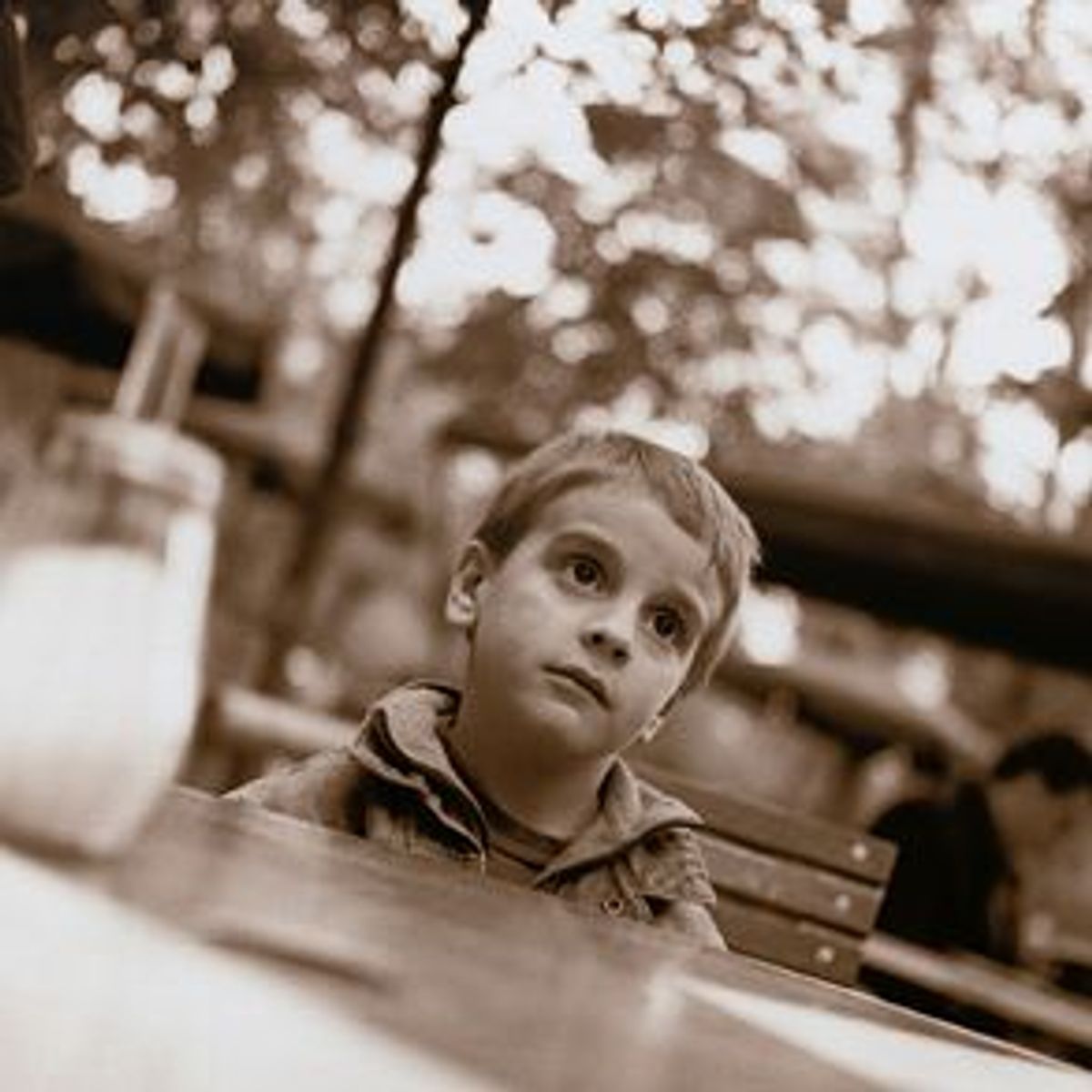 The events leading to my father's death were not shown on live television. Aside from the phone calls to family and friends, and the generous obituary written for the hometown weekly, there was no way for the larger community to know that something profoundly sad had happened. My dad died alone, of congestive heart failure, at 6 o'clock on a Thursday morning, at Stanford University Hospital. It was 1962, and I was 3 years old, the fifth of his six children.

There is little in the way of detail to connect my father to those who died on Sept. 11. While there was a frantic last phone call -- from a doctor telling my mother to come quickly -- it came minutes too late. His occupation did not match the lofty pursuits of so many who worked in the twin towers: He was a former diaper deliveryman, and his last job was as a city maintenance worker -- a street sweeper.

But like many of the men who died on Sept. 11, my father was young (38), and in the prime of his life, and he left a young wife and young children -- abruptly. These are details that bring tremendous sadness; at times I am nearly swept away by it as I read the endless stream of obituaries in the New York Times. But I recall, as I mourn these losses, that even though my childhood was marked indelibly by a sad event, it was not a sad childhood. I was a pretty happy kid. And, so far, I've been a pretty happy grown man.

It might be because I have not been fatherless, not exactly, even though my mother never remarried.

Several years after my father died, I began to worry about what I might lack as someone who grew up without a dad. I remember, at the age of 7, worrying about whether I could ever be a good father if I didn't have a father. In the hazy minutes between bedtime and sleep, I would linger over the fact that I would not have the classic point of reference -- my old man -- in crucial moments of maleness or parenthood. I really don't know why I saw this particular need. It may have come from the image of television fathers, the ones who sat on the edge of the bed and had the perfect words to close the week's episode. It may have come from Catholicism, a grand influence in our household, and its emphasis on male leaders. It may have been that I missed my dad terribly, and replaced my sadness with a worry.

Whatever my motivation, I figured out a plan. It was mysterious, in that I am not entirely sure how I came up with it, and it was secret, in that I told no one else.

I picked out three men from our working-class community and decided that they would teach me how to be a father. None of them would know about their surrogacy, but I would watch them closely. And sometimes my surveillance would extend to contact: They were all friends of my family and I would be in a position, from time to time, to ask them for advice or hang out with them.

I watched Jim Gaffney, Sherm Heaney and Chick Kelly for many years. When our families got together, I would loiter in the living room with the grown-ups, watching the fathers go about their business. I watched the dads in the park with their own kids, and in the stands, when I played ball. I watched the fathers watching their sons. I watched them shake hands, hug and kiss. I watched them be husbands, watched how they treated their wives. I saw how kind they were to my mother. Their words would break through the cacophony of a christening party or a wedding and I would listen carefully: These were the words of a good father, I would think, a father that I myself had chosen.

Sometimes I would seek them out, ask their advice, tell them my jokes, talk. I would never reveal the specialness of our relationships -- I couldn't bear to tell them how great the stakes were. But I was always around.

Jim Gaffney was a graceful dad -- DiMaggio with kids running around. He picked up checks with a kind of cool -- and financial reserve -- that one didn't see very often in San Bruno, Calif. He wore knit slacks and neat cardigan sweaters -- he cared, without pretense, about how he looked.

Sherm Heaney taught me the first rule of the dad: Show up. He was always there for his kids. Always. He never shouted from the stands, but he always had a lot to say after the games. He was interested, he had specific questions that proved he was watching.

Chick Kelly looked like the lineman he was back when they played football in tiny leather helmets. The warm sting of his handshake tingled for whole minutes. He was a butcher and would show up at our house every so often with a ton of meat. He introduced me to steak. He was strong, but he had a soothing voice. I never heard him raise it. Even when he had something difficult to say. This I know from experience.

I had two very wild years in high school. I don't know how much my mother knew about what I was up to -- though I knew she was troubled -- but Mr. Kelly knew at least as much as she did; perhaps one of his sons had given him the details. One evening, he pulled me aside and said, without raising his voice, that my actions were hurting my mother and that he would not tolerate them.

I was astonished and grateful. For him -- and my mom -- I started making better choices.

That conversation with Mr. Kelly, in which I said very little, was the only time I had anything like a father-son chat with any of the men I chose. But there were plenty of other times with them that made me feel less fatherless. Mr. Heaney always had questions not just for his own son, but for me -- specific questions about things I was interested in or the stuff I doing with my life. Mr. Gaffney, when dropping off his wife at our house to visit with her girlfriends, would pull me out to go see a movie. ("Tora! Tora! Tora!" wasn't on my mom's list of must-see cinema.)

There were risks, I suppose, in choosing three dads on my own. But the three men I chose served me well. On my good days as a dad, I can see their influence. On my bad days, I recall that they had some bad days too. And they aren't finished with me. Chick Kelly showed me how to die -- his death was long, painful and, amazingly, beautiful. Sherm Heaney, the lone survivor, now gets to show me how to be an old fart.

I realize that I have nothing to offer the mothers who find themselves suddenly alone, except maybe to say that your kids aren't just resilient, they are likely to be creative in their grief. But I do have advice for the men in the Bronx and Queens and Staten Island and all around New York and Arlington who might find themselves haunted by kids who keep hanging around, or look like they might want to: Laugh at the bad jokes and tell some that you remember from fourth grade; ask about their batting stance and whether it changes with two strikes; go to a movie -- even the new Martin Lawrence movie -- then go again. Look them in the eye when you ask how they're doing.

And remember: You don't need to be perfect. You just need to show up.