Feed magazine founder Steven Johnson explains how self-organizing systems are made to order for ants, cities, software and terrorists. 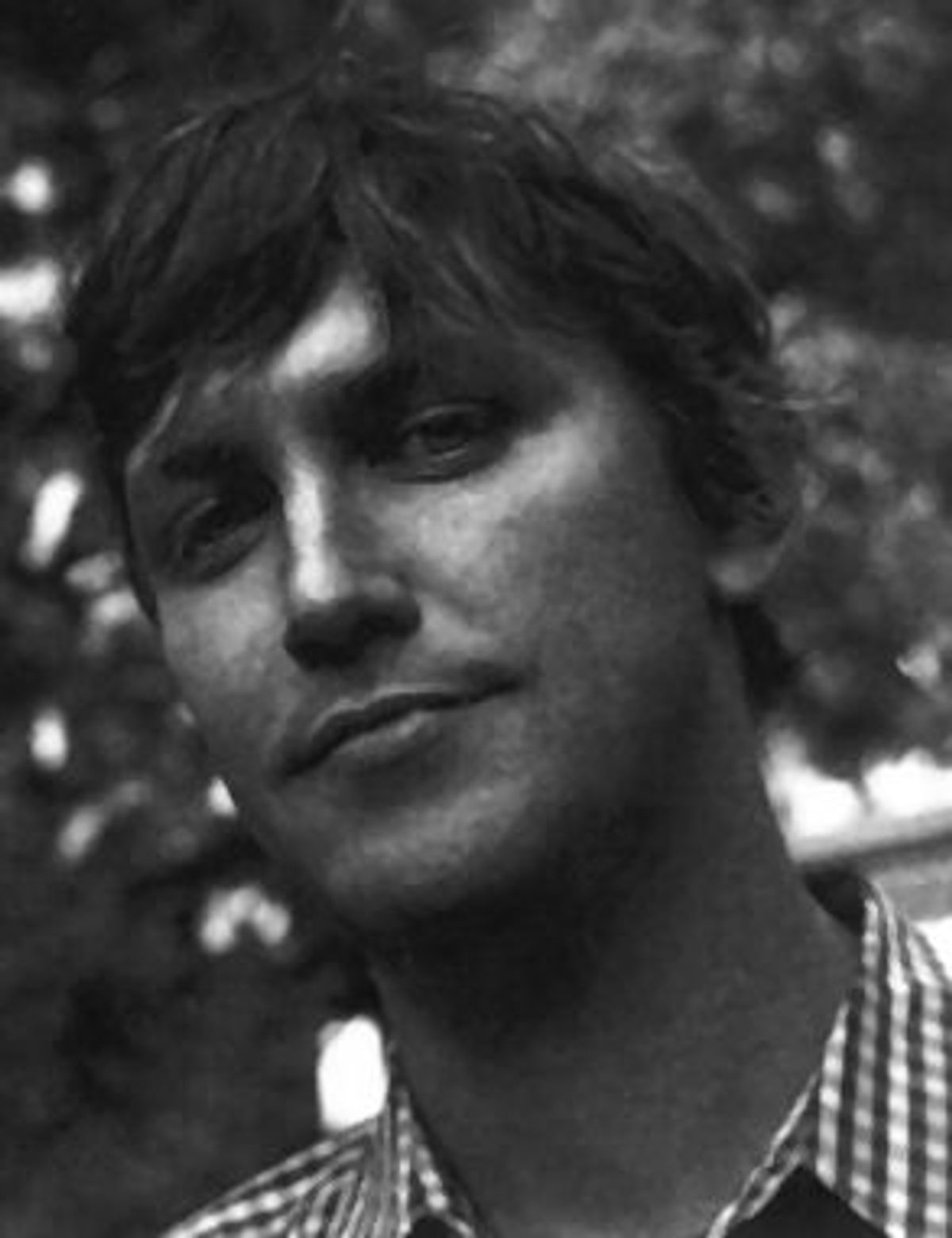 As one of the pioneers of Web publishing, Steven Johnson, co-founder of Feed, went a long way toward proving that the Internet could be a home for intelligent, thought-provoking commentary. Feed, alas, is no more, a victim of the current media recession, but Johnson is very much with us, currently in action juggling the weighty responsibilities of both a new son and a new book: "Emergence: The Connected Lives of Ants, Brains, Cities, and Software."

Johnson's first book, 1997's "Interface Culture," proposed the ambitious argument that the human-computer interface might be "the art form of the 21st century." "Emergence" aims at even headier game: Johnson combines elements of complexity and chaos theory to look at how decentralized, adaptive, self-organizing systems flourish in the world today.

If that sounds like a mouthful, that's because it is -- but Johnson's elegant, crystal-clear narrative style excises jargon in favor of lucid examples drawn from such seemingly disparate worlds as anthills and urban metropolises. And if it also sounds like ground that has been covered before, notably in Kevin Kelly's 1995 epic "Out of Control," that's true too. But Johnson takes Kelly one huge step further by showing how key concepts of complexity theory intersect with the world made possible by the Internet.

Johnson has been making the book-tour rounds over the past few months, a task made doubly challenging by his new baby and the question of relevance in the post Sept. 11 era. For many longtime observers of Internet and computer culture, it's been difficult to focus on old obsessions while beset on all sides by the realities of war, terrorism and recession. But the likely staying power of "Emergence" is suggested by this: It's all too easy to fit al-Qaida's worldwide network of holy warriors into Johnson's paradigm. The subtitle of "Emergence" could easily be "The Connected Lives of Ants, Brains, Cities, Software, and Jihad."

Johnson managed to take some time off from tending the needs of his new family to speak with Salon about "Emergence."

What is the connection between ants, cities, brains and software?

The connection is really that they are all self-organizing decentralized systems that involve a whole host of distributed elements that somehow collectively manage to solve higher-level problems.

The best example is the ant colony that the prologue of the book starts with, where you have this system of 10,000 ants, none of which are actually in charge but somehow they manage to do these very complex engineering tasks and social organization and resource management things that are mesmerizing feats. They look like they should be planned from above, but in fact they are entirely organized by local rules and local interactions. The catchphrase is that the whole is sometimes smarter than the sum of its parts. And when you look at something like an ant colony, the question that you ask is who makes this happen? Who makes this collective intelligence happen? And the answer is everybody and nobody at the same time.

You can take that and look at something like the formation of city neighborhoods. In a traditional organic evolving city, who decided that my neighborhood in downtown Manhattan in the West Village has been for about 120 years a kind of artists', eclectic, writerly place to live? Well, everybody and nobody; it's this kind of collective decision that happens. It's a cluster that forms out of lots of local decisions and has a kind of persistence over time.

Do you think that people have a tough time accepting that nobody is making these decisions? One of the lessons that you might draw from "Emergence" is that you just can't do top-down planning. You can't plan a perfect city, and you can't plan the kind of coordination that an anthill has.

I hope that the book isn't taken as an argument purely against planning. There certainly are situations where top-down solutions are excellent and appropriate, but I think that there are a hundred thousand books written about top-down solutions to things and great-men theories of why things happen and "Emergence" is one of a developing, nice little library of books that are about the opposite approach.

One of the main contributions your book makes seems to be its treatment of how the Internet affects the possibilities for decentralized self-organized systems. But you also draw the distinction between the Internet/Web as a medium for such systems, and its own emergence as a decentralized system in its own right.

One of the big essential points of the book is that the basic architecture of the Web is a wonderful example of a decentralized system. But in the most elegant and most interesting systems that I look at, decentralization is only one of their characteristics. They also have to have this ability to be more adaptive and capable of learning over time, and be growing more organized over time, more useful and lifelike as they get bigger. That's a great thing about cities; neighborhoods are a way for a city to organize its internal information. As it scales up, as it gets larger, it starts forming these clusters of useful categories of people and trades and so on; it's almost like a giant hard drive organizing itself. The Web, left to its own devices, would be the exact opposite of that: It's like a giant city with no neighborhoods; it needs these kind of meta-filters, these second-level kind of things, whether it is Yahoo or Google or Slashdot, to rein in that chaos and turn it to something more organized.

Yeah. Editors. But what's so interesting now are these kinds of group editors, like Slashdot, that have really flowered in the last couple of years. The idea is -- OK, the Web isn't really a truly emergent system, but we are certainly building systems on top of the architecture of the Web that are closer to emergent systems, and that is the really exciting part of it.

Another point that you make is that emergent systems aren't intrinsically "good." On the one hand, you can show how a decentralized self-organizing structure works well for anti-globalization protesters, but at the same time it also is useful for the likes of Osama bin Laden's network of terrorists. Is that a fair comparison?

There are a bunch of different ways in which the concepts in my book connect to current events. I've actually had a lot of readers write in and say, "I keep thinking about your book in the context of all this."

There are a couple of things that happened just on the 11th that I think are connected. The first is the resilience of New York City itself, the fact that the city itself, except for a relatively small area, continued to function in its basic ways, not internally in terms of the mental lives of the people living there, but in the basic kind of functions of people moving around and garbage and all the things that a city does. It really was amazing that it all worked, despite having the worst terrorist attack in the history of the country.

It was an interesting thing to watch, and people were very inclined to chalk that up to the resilience of the New York spirit or Giuliani, to really personify it in some way, but a major factor was the kind of system the city is. There isn't a center here; the city is a centralized system in space, but in terms of function it's very decentralized. They hit as close to the heart of the city as you could hit, in a way, but you can't really shut down a city, because it is so distributed in all its forces and roles and responsibilities.

Then you get to al-Qaida and the concern that people are starting to voice -- I'm seeing it a little bit more and more -- is that it's comforting in a funny way, in a kind of inverted way, to make bin Laden the center of everything. You want to have the poster boy for evil, but it may be misleading in the sense that what we are dealing with here is a network of distributed cells that is powerful precisely because it doesn't need leaders.

It's been fascinating, I think, to watch [Secretary of Defense Donald] Rumsfeld in these press conferences. He has struck me as being very intellectually agile about some of these things in a way that perhaps I wouldn't have expected. The other day he gave this little speech, where if you had just dropped into it you might have thought it was a chaos theory seminar. He said, he literally said, this is going to be a "nonlinear war" and it may be difficult for our linear minds to understand. He also talks about asymmetrical battles -- and it's not just large against small, it's kind of centralized nation against decentralized network, so I think all along at various stages and scales of this, you've been able to see this central battle between centralized and decentralized systems play itself out again and again.

Can we put any kind of value judgement on this? If, given the influence of mediums like the Internet, that means that it is easier for decentralized self-organizing systems to flourish, what does that mean for our lives?

This is not exactly the topic of the book, but you get to the point where smaller clusters of people can have disproportionately large effects. For example, look at epidemic weapons. We could have a smallpox attack, where you just need a dense population base and suddenly a million people can be taken out by one guy with a backpack. That's the bad news. The good news is, your odds of perishing in some kind of massively organized, state-sponsored, either internal genocide or giant war or even an influenza outbreak that happens kind of naturally, the chances of perishing in that are greatly diminished. So it's like the good news is, your chance of being hurt or killed in some kind of mass event is greatly diminished and will continue to diminish, but if you do happen to draw the wrong straw, you are much more likely to have the blow inflicted by a small group of people rather than a nation. And you know, I'd still probably prefer those; I would love it if you didn't have the bad news at all but that just may be the kind of bargain that we have struck.