"You females got a lot of courage..."

Listen to a phone conversation between Lyndon Johnson and a devastated Jacqueline Kennedy, secretly recorded by the president days after JFK was killed. 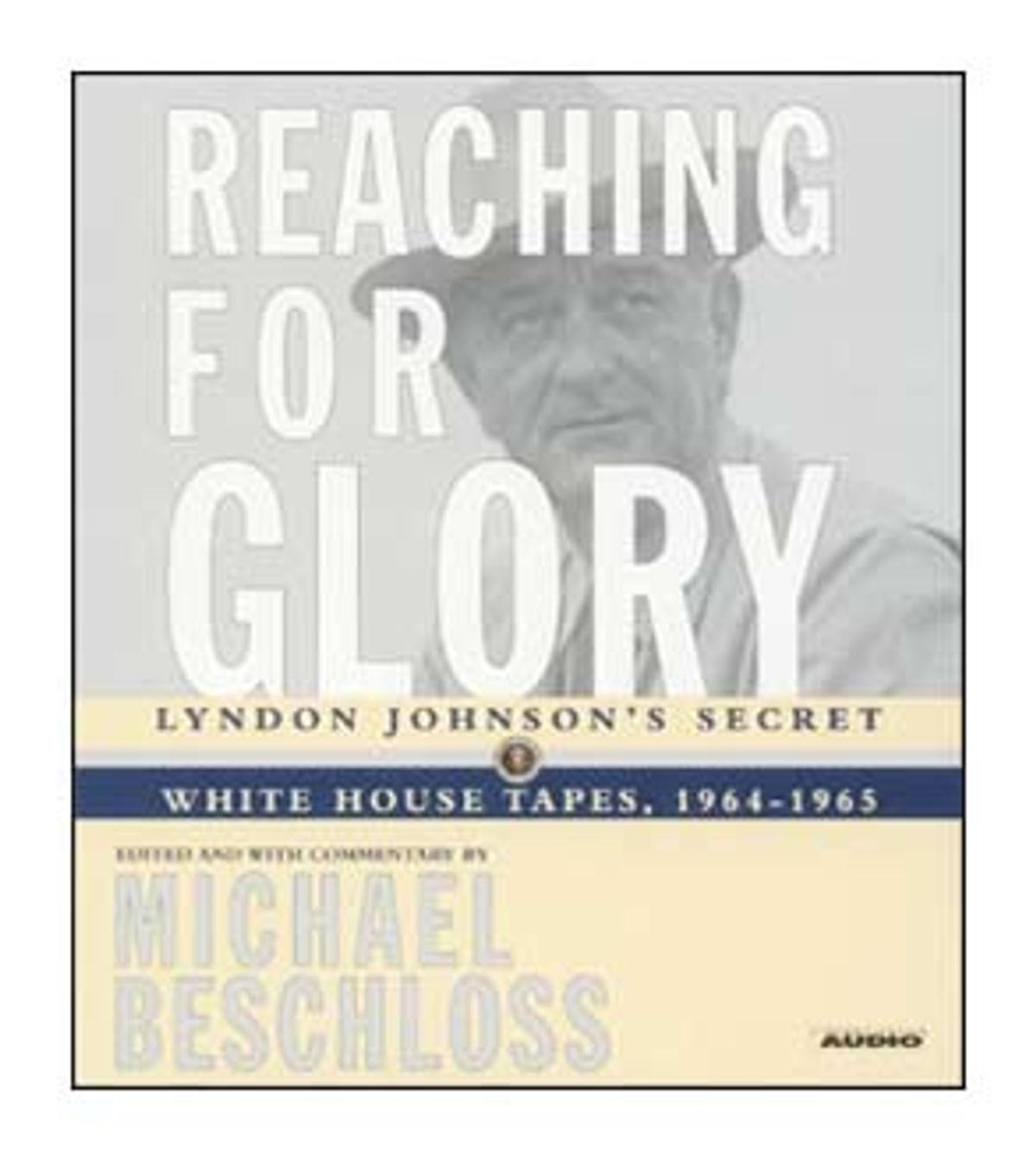 As "Reaching for Glory" opens, Lyndon Johnson is campaigning for the greatest presidential landslide in history. To win, he hands embarrassing secrets about Barry Goldwater to friendly reporters. When Johnson's closest aide is arrested in a sex scandal, he tries to keep it from exploding before the election.

This audiobook reveals the secret history of how Lyndon Johnson took the nation step by step, often by stealth, into Vietnam. While publicly boasting that there will be victory in Vietnam, he privately worries that the war can never be won and that it will crush his presidency. He foresees the backlash against the war, civil rights and the Great Society that will bring Richard Nixon and Ronald Reagan to power.

"Reaching for Glory" lets us hear LBJ's private telephone conversations with Jacqueline Kennedy just after her husband's assassination. It allows us to live at Lyndon Johnson's side, day by day, through the dramatic, triumphant, catastrophic and pivotal year of a turbulent presidency that continues to affect all of our lives.

"Reaching for Glory: The Johnson White House Tapes, 1964-1965" [Simon & Schuster Audio] by Michael R. Beschloss, is read by the author and features recordings from the actual tapes.