An Afghan aristocrat fights for equality 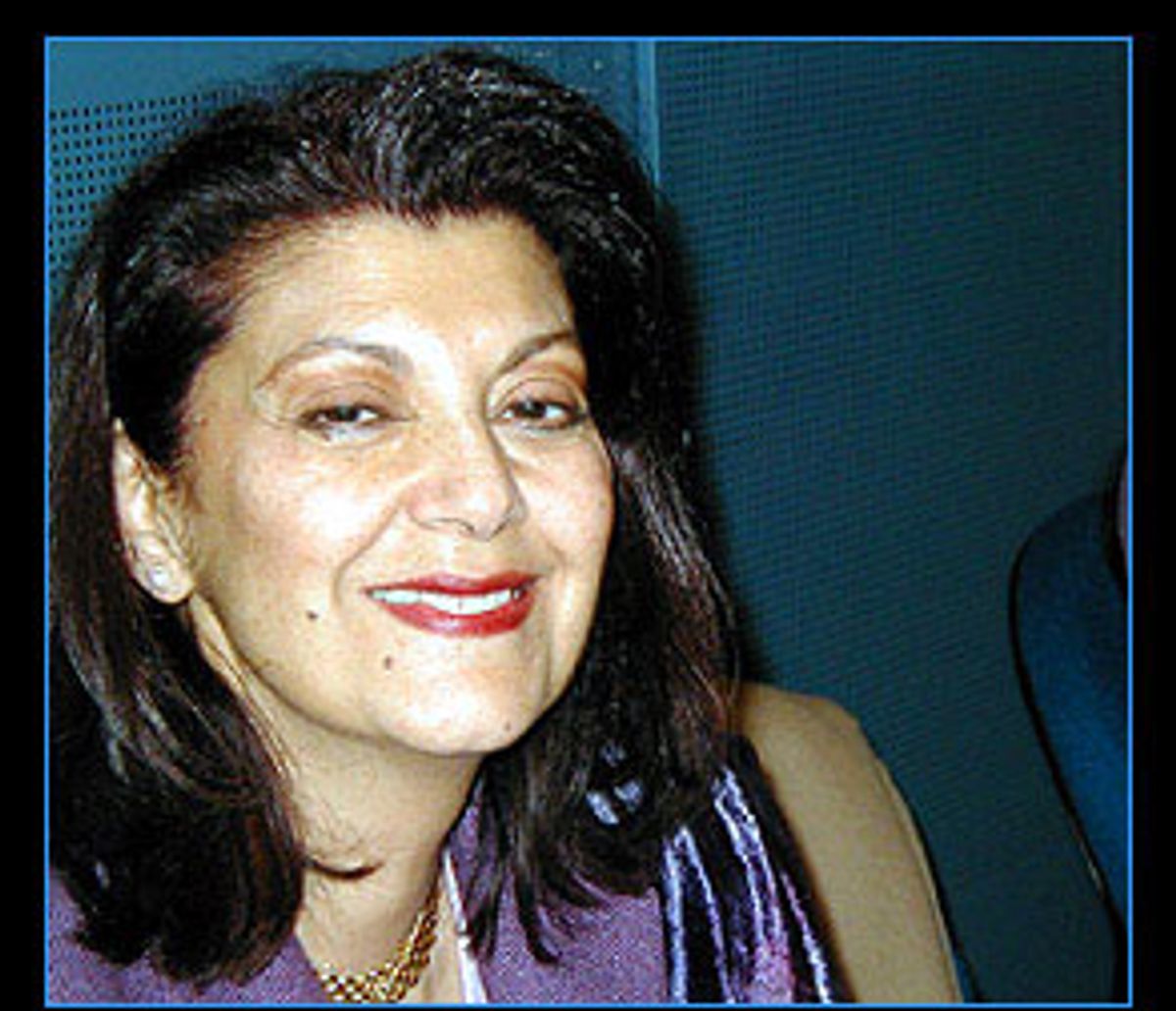 Leila Enayat-Seraj has the manner and aura of a Fifth Avenue aristocrat: She wears fitted suits in rainbow colors, a fur-lined swing coat and gold jewelry. She speaks English with a heavy European accent and has perfectly coiffed hair. She sips wine and nibbles her dinner like a veteran of classy social occasions.

Enayat-Seraj is something of an anomaly at the Afghan Women's Summit. She is indeed an Afghan woman, but one of rarified roots. As a relative of Zahir Shah, the former king of Afghanistan, she qualifies as royalty, but she doesn't boast about it. (She has the same great-grandfather as Zahir Shah, which makes them second cousins.)

This connection to the monarchy is the reason that Enayat-Seraj hasn't set foot in Afghanistan since 1975. Her father worked in King Zahir Shah's cabinet, as his minister of publications and press. When the king was overthrown by his cousin Mohammad Daoud as part of a bloodless coup, it was no longer safe for the Enayat-Seraj family to remain in Kabul. The king fled for Rome; Enayat-Seraj and her family received political asylum in Geneva, Switzerland, where she now lives. (Daoud was murdered by Russian communists in 1978.)

"After the coup d'itat, I saw that the leftist groups were coming to power and realized that it was not going to stop there: Five years after that, Afghanistan was communist," she says. "At the same time, I had just come from studying in America; I only lived two more years in Afghanistan before I had to leave. Now I cannot go back: I have no passport, and no family left there."

Even though Enayat-Seraj has clearly adjusted to life in Geneva, she says her heart is still firmly in Afghanistan. Enayat-Seraj "makes her living" (as she puts it) working for the United Nations, sitting on an advisory board that deals with gender discrimination issues, but she doesn't seem very interested in talking about her job. Her real passion is the history of Afghanistan, and she is present in Brussels to make a case for rebuilding the country's fractured national identity through preservation of its traditional art and poetry.

As the founder of the Afghan Art Project for Peace, Enayat-Seraj is on a one-woman mission to preserve the art and culture of Afghanistan. Much of it has already been destroyed: The Taliban declared all icons blasphemous and vowed to eradicate all "un-Islamic" art during their reign. This was the justification for the destruction of the giant Buddhas of Bamiyam and the looting of the Kabul museums. A great deal more destruction has gone on during the past five years; at this point it is impossible to know how many of the country's artistic treasures remain.

Using her network of well-placed and affluent contacts, Enayat-Seraj is lobbying to locate and preserve whatever ancient art hasn't already been lost; as well as return to Afghanistan all the art that has been removed from the country over the years.

As I sit with her at dinner, eating spicy Moroccan food ("This is the real deal," she says, laughing, as my eyes start to water), she regales me with the history of her country. "We need to rebuild the Afghan identity," she says, insisting that the primacy of ethnic and tribal associations -- Pashtun, Tajik, Kabuli, Herati, and so on -- is a symptom of the last few decades of turmoil, and that there is a shared cultural heritage that needs to re-emerge.

What many outsiders don't know, she says, is that Afghanistan is a country with a great tradition of the arts. "You couldn't stretch out your feet without kicking a poet," she proclaims, paraphrasing a well-known Afghan saying. She pulls out a slim volume of Afghan poetry that she published. (She did the translation from Farsi to English.) The poems, some of which she wrote herself, speak of the anguish of love and the pain of exile.

More evidence of the country's cultural tradition is on display in the evenings, when the 50 women attending the summit finally finish their work for the day and head to a restaurant -- en masse -- for a meal. Despite a vast diversity among the women -- ethnic, religious, economic -- they revel as a group, singing, reading poetry, and dancing until late into the night.

Enayat-Seraj often looks slightly out of place among the other women here, many of whom live far more modestly than she does. She frequently sits to the side, socializing more with other European exiles and Western activists than with those Afghan women who are still living in the region, but she throws herself into the cultural melee with gusto. When the women start singing, she is among the first to stand and dance; when the women stand up and read poetry, she gives a small speech and reads a poem in Farsi, while the others chant along with the refrain.

This is not the first summit for Afghan women that Enayat-Seraj has attended. Earlier this year, she and seven other women -- including Sima Wali, one of King Zahir Shah's delegates at the Bonn summit -- held a minisummit in Switzerland, with the support of the Swiss government. They put together an agenda for addressing women's issues in Afghanistan, suggesting that a larger summit for Afghan women, much like the one in Brussels, be convened. Enayat-Seraj says she is thrilled that a real coalition of women seems to have finally formed, but disappointed that it didn't happen earlier so that women could have been more fully represented in Bonn.

"The Bonn convention wasn't really thought out," she says. "The chance wasn't given to the silent majority to attend; not purposely, but because things were snowballing too fast. If we had had time to think and organize, there could have been a group of women delegates: The 50 groups gathered here [in Brussels] could have been a party in itself."

Enayat-Seraj proclaims herself to be neutral about the shape of the new government -- "I am not pushed by any political agenda, I just want peace and women's rights," she says -- but it's clear she is supportive of the return of King Zahir Shah. This is not merely because he's a relative, she insists, but because he has the best record when it comes to women: It was under his rule, she notes, that a woman-friendly 1964 constitution was written, and his cabinet included several women.

For now, Enayat-Seraj watches with concern as the Northern Alliance faction has risen to power again, and says that she has written Kofi Annan and other U.N. officials warning of what will happen if the Northern Alliance manage to wrest control of the new government. "We must not have people ruling us when they also have a record not any better than the Taliban," she says, enumerating the violent atrocities that occurred under the various Northern Alliance warlords. "Right now they all want to take over. They should come to justice first and then we can decide who will be in the government."

Enayat-Seraj says she would love to return to Afghanistan; she believes that women will be crucial in the rebuilding of the country. The men have turned the country into a war zone, she says; Afghan women are the ones who have traditionally restored tranquillity to the land.

"In our tradition, women have played a major role in peace bringing: In fact, we have a tradition called 'the white veil,'" she explains. "If there's a dispute -- whether family or community or even a national dispute -- an elder lady in the community who wears the veil will throw her veil down to demand terms of peace. No one can say no, and right there the conflict is solved."