In the America of the 1920s renowned magician Carter the Great, the hero of Glen David Gold's new novel, prepares for his biggest and most dangerous stunt yet -- one that involves the president.

By Read by Stanley Tucci 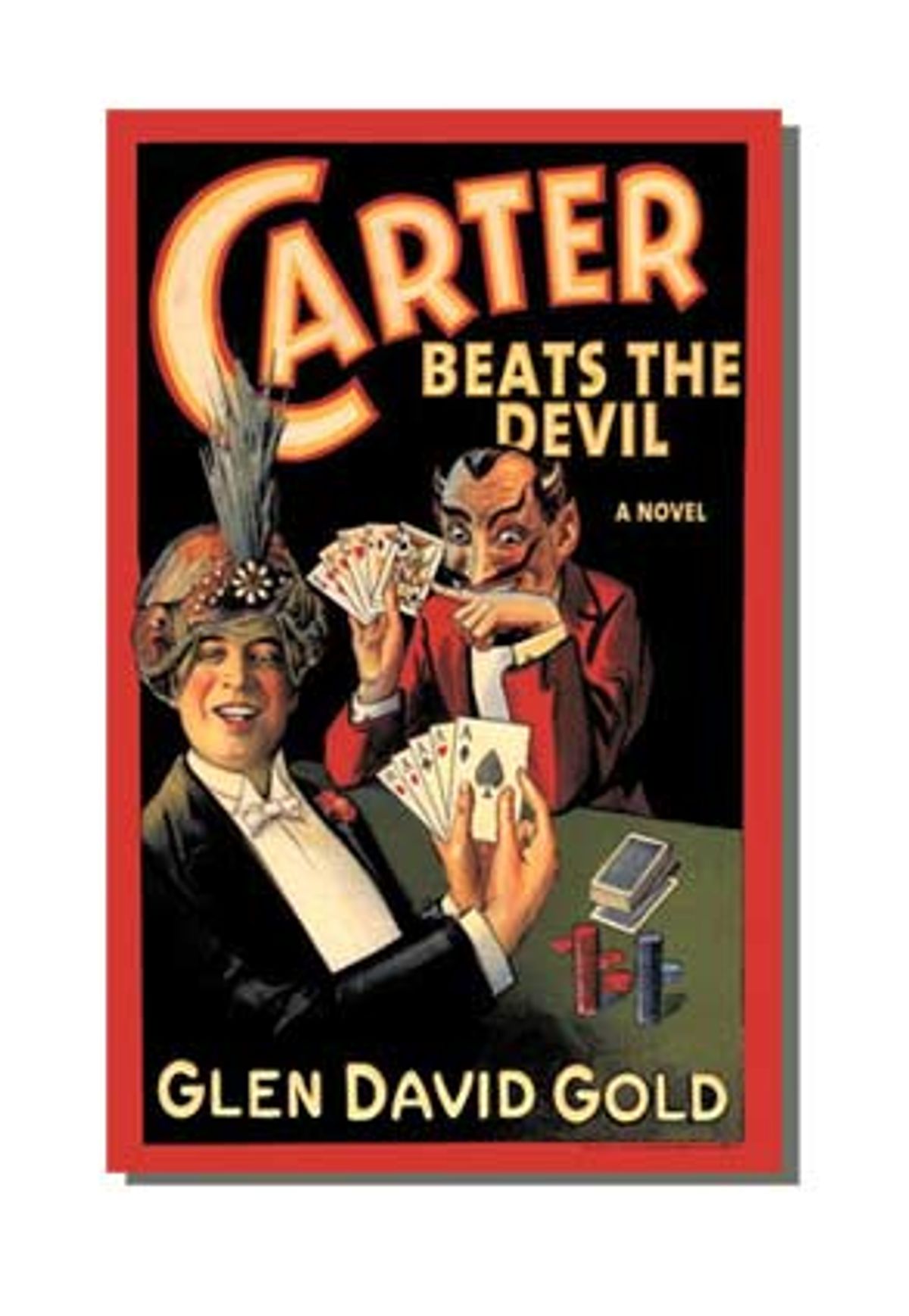 Glen David Gold's "Carter Beats the Devil" is a novel about America in the 1920s, a nation obsessed with magic. Enter Charles Carter -- called Carter the Great. Fueled by a passion for magic born out of childhood desperation and loneliness, Carter has become a legend in his own time.

Carter the Great's thrilling act involves outrageous stunts carried out on elaborate sets before the most demanding of audiences. But nothing in his career prepares him for his most outrageous stunt of all, which stars none other than President Warren G. Harding and could end up costing Carter the reputation he has worked so hard to create.

Filled with historical references that evoke the excesses and exuberance of Roaring 20s pre-Depression America, "Carter Beats the Devil" is a complex and illuminating story of one man's journey through a magical -- and sometimes dangerous -- world, where illusion is everything.

Listen to an excerpt from "Carter Beats the Devil" [Harper Audio], read by Stanley Tucci.

By Read by Stanley Tucci

MORE FROM Read by Stanley Tucci