Cooking for fun and staggering profits

The apogee of my culinary career came early, and ended with a dog instead of a swimming pool full of Coke. 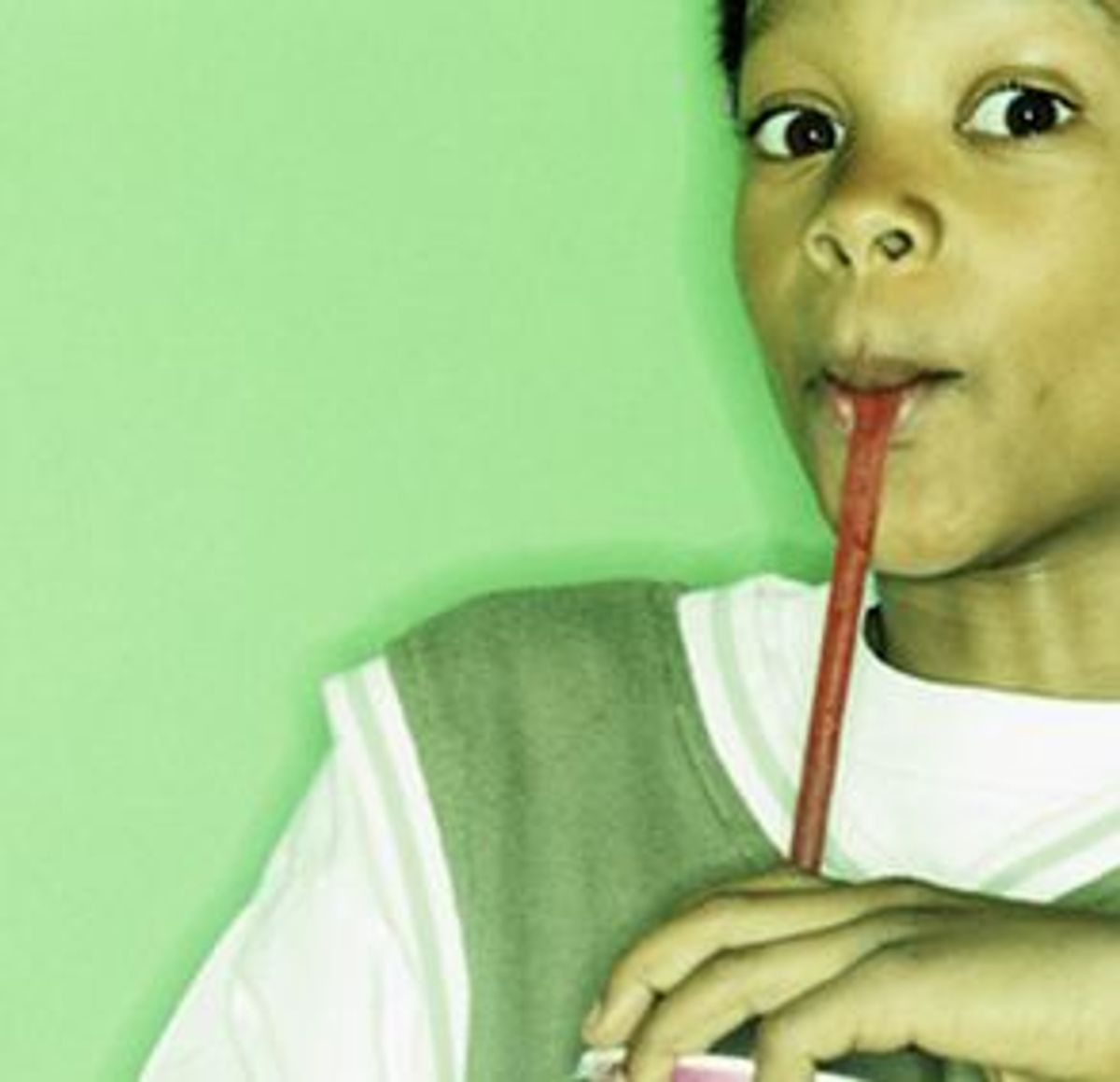 When I was 8 we moved to a new neighborhood in Virginia, and play dates were arranged until I could stand on my own two feet. Brian was a funny boy with short fuzzy hair on the back of his head. Years later he was called Fuzzy. He lived in one of the big houses near Mount Vernon, where George Washington had lived. My house was in the other part of our town, toward the bottom of a big hill. At the top of the hill was a messy old tree, with plywood nailed over its hollow center. It was as thick as a horse and, inexplicably, kids said George Washington's white one was buried underneath.

One day Brian came over after some planning by our mothers. We were immediately bored and went to the kitchen. We took out a plastic pitcher and started rooting through the pantry for things to put in it. There was lemon juice, Worcestershire sauce, grapes, ice, cinnamon, sugar, ground vitamins and a good deal more. We took turns stirring and mashing. In retrospect, the pivotal ingredients were fruit juice and seltzer. The other items succeeded because we couldn't taste them.

Brian and I were not frivolous people in the kitchen. When I stirred the milk into Cream of Potato soup, for example, I broke up the potato chunks at the same time and couldn't imagine a cook who didn't. So we were serious as we slowly tested our invention and realized that no beverage had ever excelled on so many levels. It was carbonated yet sweet, fruity yet ... carbonated.

The letter we sent to the Coca Cola company was polite yet professional. It was typed. After some initial pleasantries, it proceeded to offer up our recipe in return for whatever price the company deemed fair. The ingredients were listed neatly and their aggregate deliciousness reiterated near our signatures.

The next two months were difficult. We'd given Brian's house as the return address, probably because it was bigger, and every day I had to ask him if the check had arrived. Some days I wouldn't ask, so that when I did ask the following day, I'd be twice as likely to get a yes. Brian always said no quietly.

While I waited for news, my mind wandered. I pictured our product next to famous sodas at grocery stores, and sometimes I pictured people remarking on how sweet it was, but mainly I pictured being rich. The vision was of a cement patio interrupted by a good-sized lap pool. Because I was rich, the pool was filled with Coke. In the vision, it was a hot Virginia summer and I swam with my mouth open. Family and friends were free to do the same, and we'd swim back and forth, drinking and laughing, drinking and laughing. Whenever the pool got too shallow, our friends at Coca Cola would freshen up our drink, so to speak.

One day at lunch, Brian told me the letter had arrived. I didn't understand why he'd waited until lunch.

Here I remember Brian unwrapping a straw and inserting it into his milk carton.

"They don't want any new recipes right now," Brian said slowly, "but, um, they might want one later."

I asked to see the letter. Brian said he didn't have it with him. I asked if he could bring it to school the next day.

"Pepper ate it." Pepper was his dog.

I don't remember if I believed him. I don't remember how much longer we were friends, or if any other play dates were arranged that year. It wasn't long before an interesting boy named Adam moved to my neighborhood, and Adam and I became best friends. We wrote rap songs and played basketball. We didn't make beverages. And Adam sometimes had CapriSun in his house, and as I recall, it tasted fine.