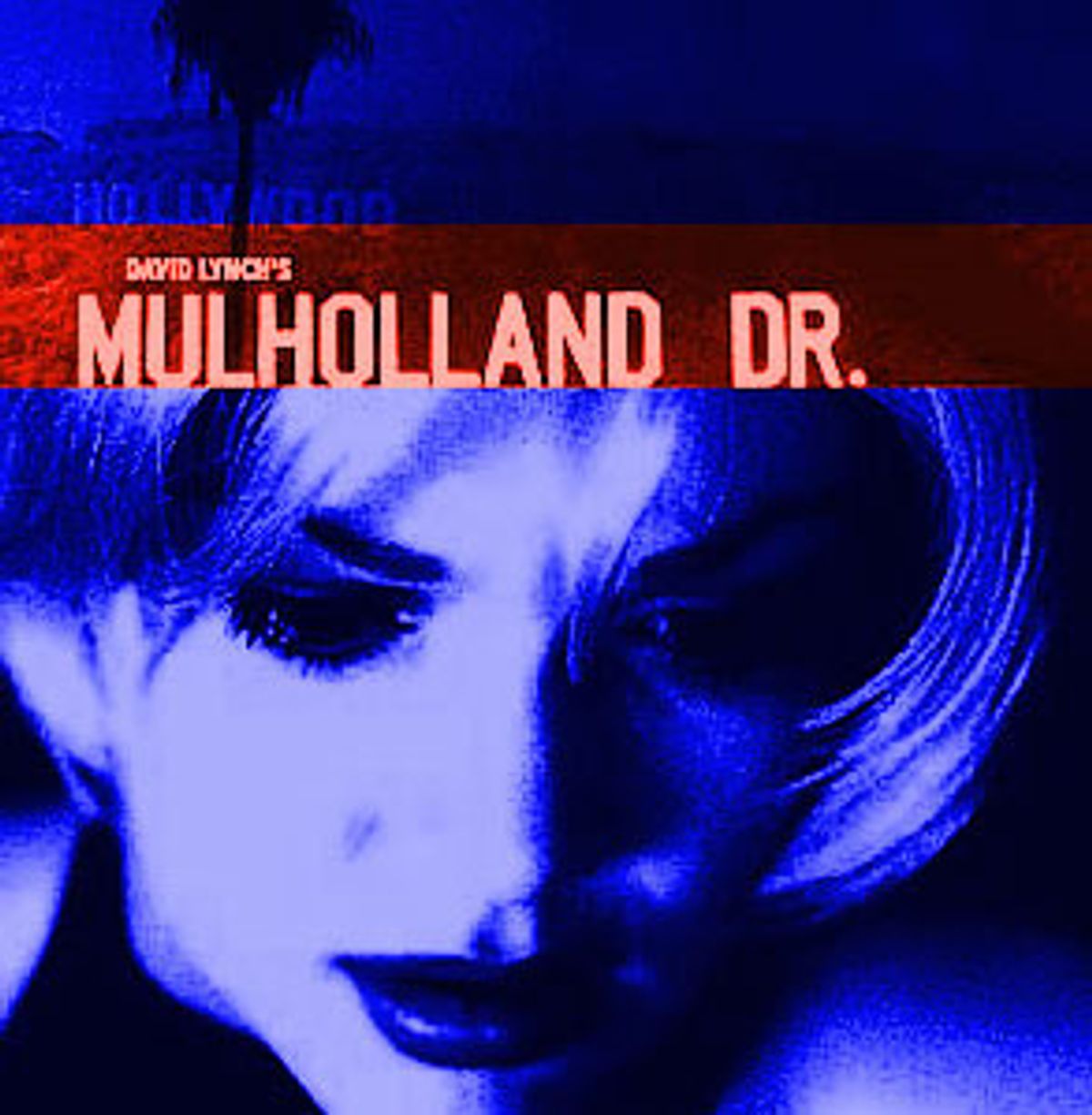 David Lynch's "Mulholland Drive" continued a winning streak on Saturday when the National Society of Film Critics named it best picture of the year at the group's 36th annual meeting in New York. The film, which also won the National Society's best actress award for Naomi Watts, has already taken top honors from the New York and Boston critics, as well as both the New York and National Online Film Critics Societies.

In recent years, the Academy of Motion Picture Arts and Sciences has been under scrutiny for how its Oscar nominations and winners reflect (or, more likely, diverge from) the awards voted by American critics. With "Mulholland Drive" nominated for a Golden Globe for best picture, and receiving a best picture nomination from the American Film Institute, the pressure is on the Academy to nominate the film.

One of the most notable things about the National Society meeting was that the majority of movies the studios are pushing for Oscars barely figured in the voting. "A Beautiful Mind," "The Shipping News," "Black Hawk Down" and "Ali" received scant support. Peter Jackson's "The Lord of the Rings: The Fellowship of the Ring" was one of only two studio films that figured prominently in voting. The other was "Training Day," due to Denzel Washington's performance, which was the first runner-up in the best actor category.

The other top acting prizes went to Gene Hackman, who won the best actor award for his performance in "The Royal Tenenbaums," and Helen Mirren, who took the best supporting actress prize for her role -- as "the perfect servant" -- in Robert Altman's "Gosford Park." That film, Altman's playful and nasty recasting of Jean Renoir's "The Rules of the Game" as an English country-house murder mystery, took the most prizes, winning for Altman as best director, and for Julian Fellowes' screenplay. The other multiple winner was Wong Kar-wai's "In the Mood for Love," which won the award for best foreign film (runners-up were the Iranian film "The Circle" and the Mexican film "Amores Perros"), and for Christopher Doyle and Mark Li Ping-bin's cinematography.

Several of the awards were first ballot victories, none more dramatic than Agnes Varda's "The Gleaners and I," her lyrical meditation on people (including filmmakers) who scavenge for a living, which was the runaway winner in the best documentary category. "The Endurance," the remarkable film of Ernest Shackleton's Antarctic expedition, was first runner-up.

In other awards, Martin Scorsese's four-hour documentary of Italian film, "My Voyage to Italy," won the film heritage award despite having yet to acquire commercial distribution. And "Waking Life," Richard Linklater's rotoscoped examination of the thin line between dreams and reality, was honored as best experimental film.

In a special citation, the Society honored the late animator Faith Hubley, who died last month, for "exploring animation's art and soul" in both her solo work and her work with her husband, John. The Society also dedicated this year's awards to the memory of Pauline Kael, the New Yorker critic who died in September and was a founding member of the Society, and whose contribution to movies any of this year's winners will be lucky to match.