Getting to the bottom of Enron

Sure, we need a special prosecutor -- but only campaign finance reform can clean up Washington's addiction to corporate cash and lift our government out of the muck. 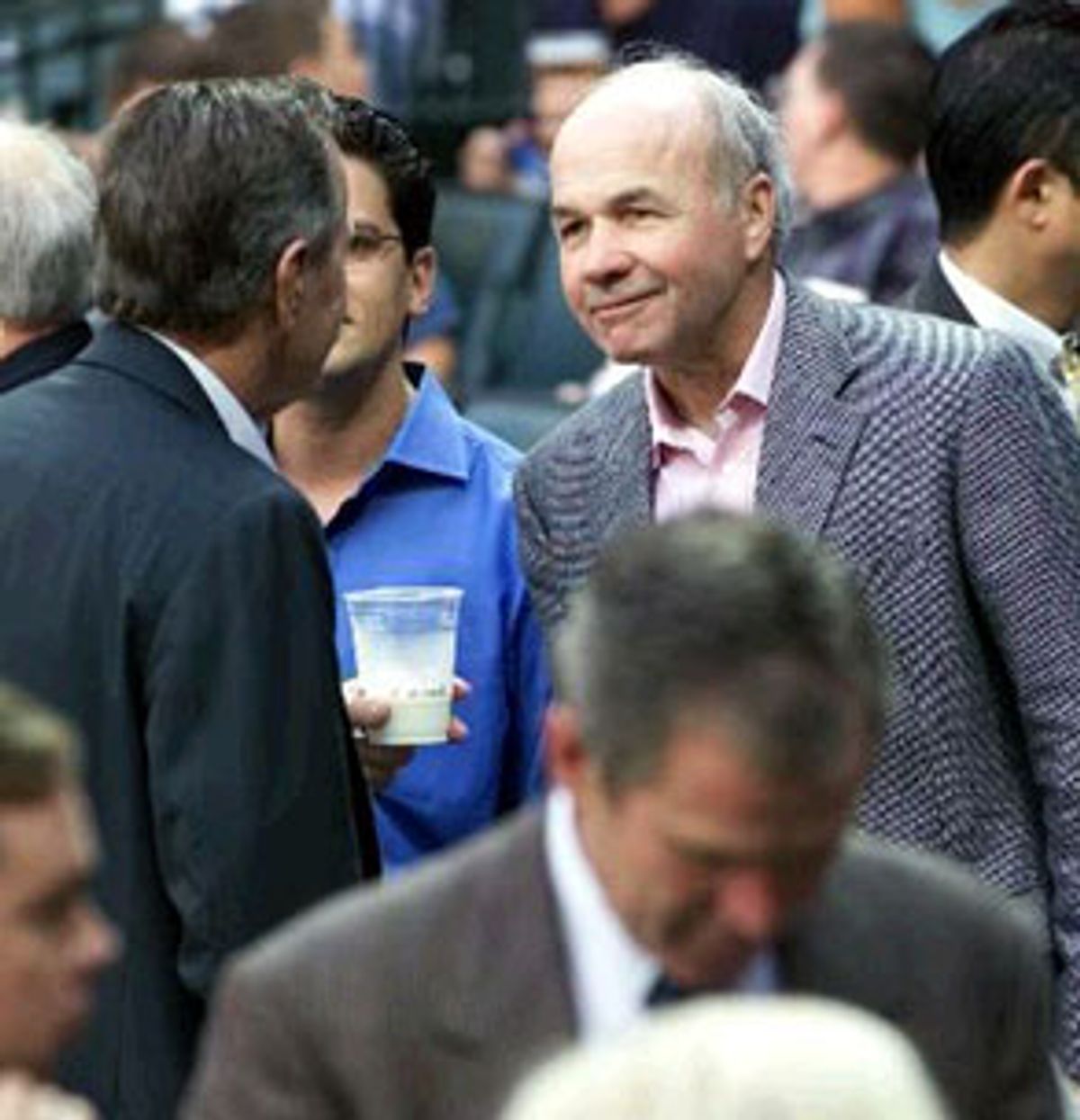 Teapot Dome, Watergate, Whitewater: It's boom time for the specters of scandals past, now that Enron is suddenly a bigger story than even "where in the world is Osama bin Laden?"

There's the mind-boggling news that Big Five accounting firm Arthur Andersen has admitted to destroying Enron-related documents. There's Enron CEO Ken Lay, poster boy for deregulation, calling the secretaries of Commerce and the Treasury and the Federal Reserve chairman like a desperate telemarketer, looking for a little help with his company's sagging credit ratings. And there's the classic gross inequity: Enron executives earning hundreds of millions of dollars from selling off their stock, while thousands of employees end up losing both their jobs and their retirement funds.

Is it any surprise that Democrats are on the warpath? The Department of Justice has already announced the formation of a task force for a criminal investigation of Enron, but that won't satisfy partisans yearning for some payback. The call is out: Bring back the special prosecutor! The hunger must be tangible on Capitol Hill -- finally it's the opposition's turn to get medieval on the Republicans, Ken Starr-style.

It's only a matter of time. The connections between Enron and the White House are so numerous and so intimate that it's inconceivable a special prosecutor will not be appointed to look at abuses that may have occurred both during this administration and the last. How did Enron influence administration energy policy? How did it get laws on derivatives trading changed to benefit itself? How is it possible that for years it could hide so much debt off its books without regulators or analysts making a peep?

We've yet to see any administration officials taking kickbacks, as in the Teapot Dome, or breaking and entering, à la Watergate, or embarrassing themselves with interns -- but this scandal has hardly started. The ludicrous sight of President Bush feebly attempting to distance himself from Ken Lay is all the proof needed that the bottom is still a long way off.

There's no doubt that a special prosecutor should be named. But will it make any difference? The real outrages committed here don't fit well into a special prosecutor's purview. The mutual embrace between the entire political system and Enron goes so deep that to ask whether the government could have (or should have) prevented Enron's collapse is pointless. Enron's woes aren't really a scandal at all -- instead, they're a magnifying glass allowing us to see clearly exactly how government and business operate today. You spend enough money on campaign contributions and lobbyists to buy influence and get the laws changed on your behalf, and then you sit back and count your stock options. Enron did it on a bigger scale than anybody else in recent memory, and ultimately, on a more incompetent scale than everybody else, but that doesn't make it exceptional.

Instead of calling for a special prosecutor, Democrats should be fast-tracking campaign finance reform -- so as to prevent further Enron-wannabes from buying swaths of politicians. (And if they don't, then Sen. John McCain should re-launch his crusade for such reform.) They should be rolling back the deregulation of accounting rules that permit corporations to get away with the financial equivalent of murder. And they should be focusing on ways to ensure that regulatory bodies are not dominated by the companies they are supposed to oversee.

Forget about trying to play "gotcha" with George W. Bush. The whole system needs an overhaul.

The Enron ironies just keep on coming. Take, for instance, the fact that the Office of Independent Counsel no longer exists, after Congress let the Watergate-inspired law lapse in 1999. Today, the job of appointing a special prosecutor belongs to Attorney General John Ashcroft. But whoops! Ashcroft just recused himself from anything to do with Enron, citing $50,000 of campaign contributions. Not only that, Ashcroft's chief of staff has also recused himself. As has the entire staff of the U.S. attorney's office in Houston, where it appears every other lawyer has a sister or husband either working for Enron or stalking the streets in blind fury brought on by the collapse of their Enron stock-dominated retirement funds.

At this rate, some junior Justice Department flunky in rural South Dakota will have to choose the prosecutor, and even then, options will be limited. If they aren't recusing themselves, name-brand lawyers are being snapped up by Enron execs faster than you can say "cooking the books." All-star litigator David Boies is representing Andrew Fastow, Enron's former CFO, while Robert Bennett, Clinton's old lawyer, is helping out Ken Lay.

Well, maybe. But a report released Friday by the Center for Public Integrity shows that at the time of their filings, 14 out of the top 100 Bush officials owned stock in Enron, worth anywhere between $284,016 and $886,000. The White House is full of appointees who served on Enron boards, as Enron advisors and consultants and even as Enron executives. So to say that no one at Enron is a government official is a shade inaccurate: There are plenty of people who were at Enron who are government officials.

But then again, who doesn't have a conflict of interest in the Enron scandal? No less than 71 currently serving senators (including 29 Democrats) received campaign contributions from Enron. One hundred eighty-eight representatives (including 71 Democrats) fed at Enron's trough. There's been talk of the Senate Banking Committee opening an investigation. But guess what? Phil Gramm, R-Texas, is on that committee, and his wife, Wendy, is a member of Enron's advisory board.

The more you look at how comfortably in bed politicians from both parties are with Enron, the more you wonder at the incongruity of Enron being considered an emblem of "deregulation" -- a cause that's ostensibly dedicated to keeping the affairs of business separate from those of government. Sure, Ken Lay talked a good game, particularly when the subject was California's "flawed" electricity deregulation plan. But as Peter Van Doren, editor of the Cato Institute's Regulation Magazine, notes, "The characterization of Enron being very much in favor of deregulation is incorrect."

"They are a company that got lots of its profits through gains that are politically created," says Doren. "They wanted restrictions on CO2 emissions and they wanted intervention on the electricity side. ... They were a very politicized firm."

And that gets right to the heart of the matter. There's a fundamental problem with a political system in which what gets deregulated and what doesn't is determined by politicians whose campaigns are largely funded by the companies who benefit from how regulations are enforced, applied and created. That's the opposite of both free-market and democratic principles.

Proponents of campaign finance reform have long decried the influence of money in politics. If there is a silver lining in the Enron debacle, it could be this: The disaster may finally be big enough to give reform the political backing it needs to pass.

There's nothing particularly new in a company attempting to influence legislation for its own purposes, nor is there anything new in a company fiddling with its numbers to boost its profits. What's so special about Enron and Bush is that, together, they managed to raise the art of government-business cooperation to a pinnacle so high that no one, no matter how blindered, can ignore it.