It takes one to know one

A mother who has lost a child is an ally in the hellish war against all-consuming grief. 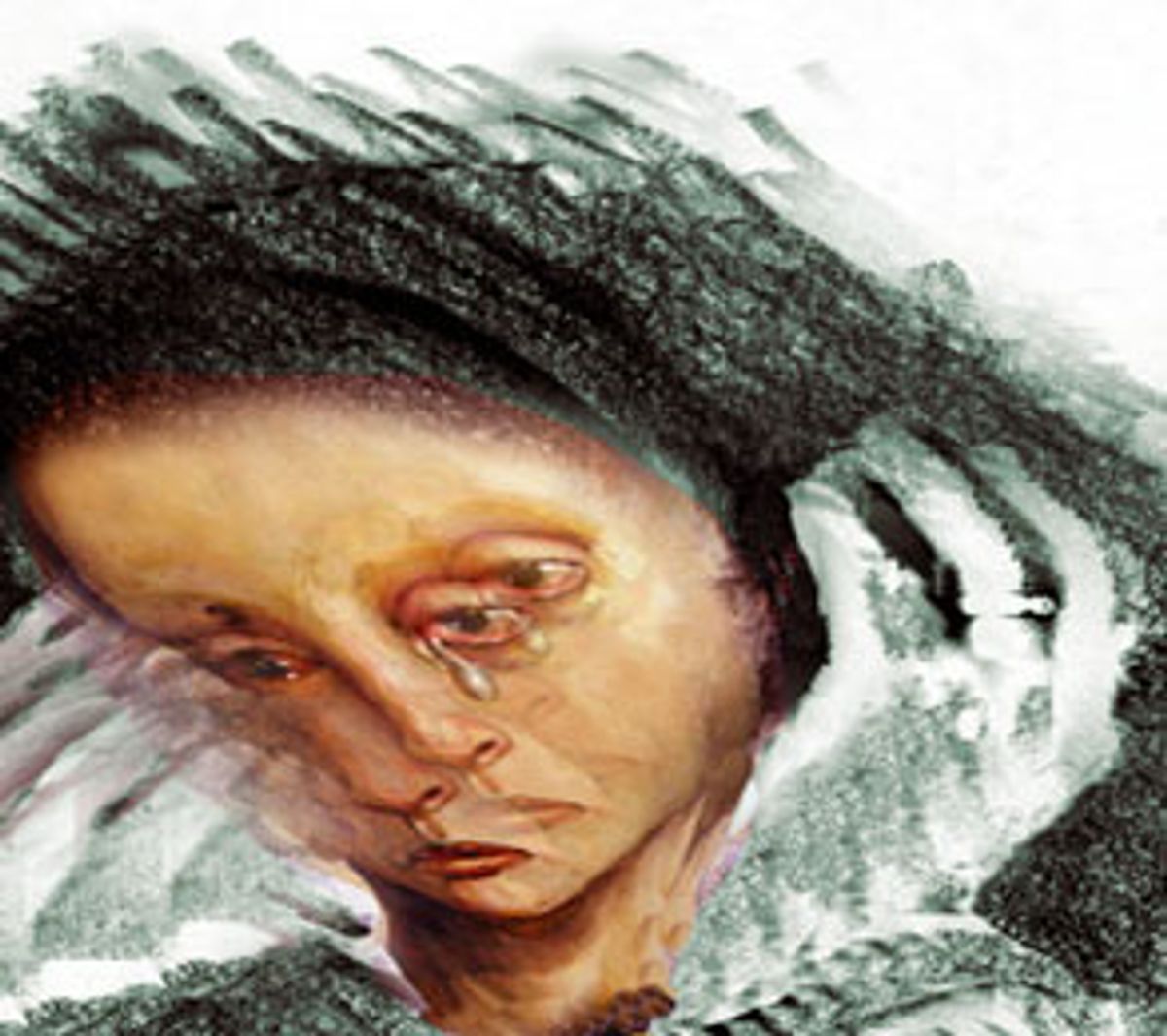 "How could you not have known?" she hissed at me through clenched teeth. "Everyone here knew." Tears sparked by accusation and injury rolled down her cheeks.

She had delivered her child stillborn; her grief remained very much alive. Though I tried to tell her that the news of her loss had not reached me, she was having none of it. To her, my innocent inquiry about the new baby was a dagger purposefully flung at her heart, and nothing I could do or say would change that.

She shrank from the arm I tried to place around her shoulder and turned her back on my apologies. I had breached a delicate threshold by mentioning what she could not bear, what I could not possibly understand. It was wrenching to be the source of this relapse into misery; even worse was the irony that lay in it all.

I, too, had lost a child. This spring will mark the seventh anniversary of his death, which, even by the most callous standards, was a miserably prolonged one. I stopped recounting the story in any detail maybe three years ago, when I realized that the tragedy had finally passed through me, and I was free to move on. But now here was this woman, ripe with her loss and sense of entitlement to express it, and suddenly I was back where I started.

Grief is relentless. Like a harpy, it pursues you madly during your waking moments so that by day's end you are more than ready for sleep. But when you wake to face the next 24 hours, you find nothing has changed. The same unspeakable sadness returns; the same vise grabs hold of your heart. With no other thought than making it through the next task without falling apart, you go about the tedium of living, of doing laundry or making lunch or buying groceries. And you almost succeed, until you see some mother balancing her baby on a cocked hip as she tosses a box of cereal into her cart, and you realize all over again how horribly you have been cheated.

"It's not fair! Why me, why my child?" you want to scream. But if you're smart, you'll do so in private. Outsiders, believe me, do not get it. This is a fact I learned quickly in the intensive care unit where my son spent the majority of his life. Families and friends were infrequent visitors there, not because they didn't care but because children dying and parents grieving the loss were just too hard to watch.

And who could blame them? Who in his right mind wanted to see broken, damaged children connected to respirators and heart monitors? How was anyone supposed to make sense of genetically defective babies, whose sole purpose in being born, it seemed, was to wither and die? How were they supposed to respond to partially drowned toddlers, whose futures would be played out in pediatric nursing homes? And who could honestly be expected to fathom the grand inequity of youngsters who, having beaten the odds of one illness, were then cursed to battle another?

For seven months, I watched parents, mothers in particular, mired in their misery, try to cope with the senselessness and waste of it all. And while one or two beat their breasts in loud desperation to anyone who would listen, the vast majority pulled their grief around them like a privacy screen and traveled the territory more quietly.

Every now and then, however, something that resembled conversation would spring up between two of these women. It was a peculiar verbal shorthand that seldom settled on the obvious. In it they might mention attending a family party out of duty and leaving abruptly, or viewing a garden of bright yellow daffodils and feeling affronted, or walking the streets of a bad neighborhood thoroughly unafraid. In a landscape where every mother was losing a child, the subtext was simple: Your pain is my pain, and nothing else matters.

Among these women there were no critiques of mothering styles or behavior, no judgments passed on any of the difficult decisions each woman had to make, no looking for sympathy, no room for private fury or any misplaced belief that one woman was any worse off than another. And in the practice of this code came the strength to handle the harpy.

"I dreamed of Anna last night," I remember one mother telling me about the child that lay before her. Her baby daughter, who had fallen ill 11 months earlier, had been on the ward all that time, each day losing ground to a nameless disease that had left her empty and useless.

"She was hiding there," continued Anna's mother, pointing to the shadowed space behind the heavy wooden door of the ward. "She called to me, 'Mommy, I have to go now.' I went out yesterday and bought a beautiful white dress for her funeral."

"It will look perfect on her, " I told her, and she smiled.

Anna would be dead within the month. My son would die soon after, the only consolation for my husband and me being that he would do so at home. I could sense, as I stood gazing at Anna that day, that when this part was through, her mother and I would feel again. But first, our grief would roll over us and take us down. I would end up devoting quality time to the fetal position. I would drink too much, fight with my husband and call God a heartless abdicator.

But I would never -- ever -- aim the arrow of my anguish at innocent outsiders. They just wouldn't get it.

Sarah Hartmann is a writer who lives on Long Island with her husband and three daughters.