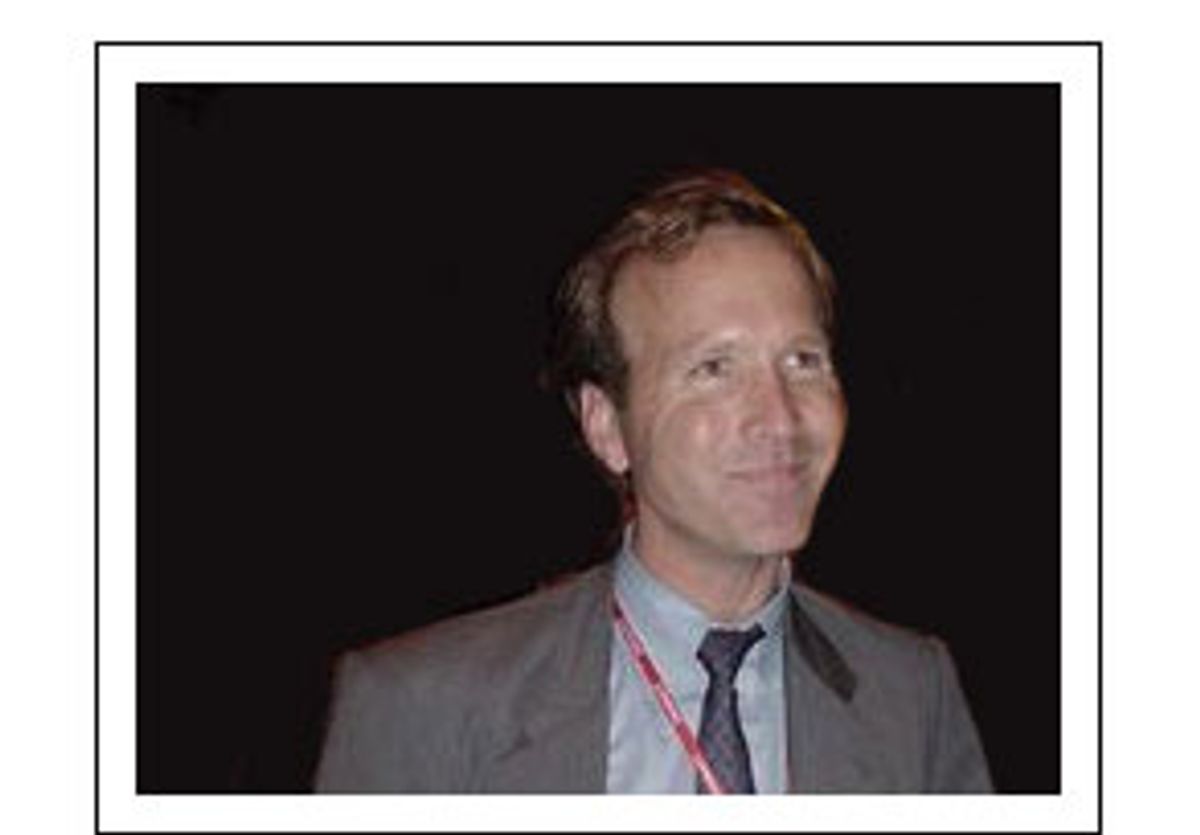 Presidential brother Neil Bush, while giving a speech Monday in Saudi Arabia, condemned the American media for stereotyping the Arab world and urged Arab leaders to hire lobbyists and public relations representatives to combat these negative images as well as to sway public opinion to a more sympathetic view of Arabs in the Arab-Israeli conflict, according to reports in foreign media outlets. Bush implied that Israel has done a better job of getting its message across in the American media.

"The U.S. media campaign against the interests of Arabs and Muslims, and the American public opinion on the Israeli-Palestinian conflict, could be influenced through a sustained lobbying and P.R. effort," said the younger Bush, according to the Arab News, Saudi Arabia's first English-language daily. "Public opinion shapes public policy dramatically. It's true in the U.S., in this part of the world and elsewhere."

White House spokesman Scott McClellan declined to comment. Bush, chairman and CEO of Ignite! Inc., an education software supplier, could not be reached for comment. Louise Thacker, the marketing manager for Ignite!, said that he was out of the country and unreachable; she said she could not provide a copy of his speech, nor could she comment on press accounts of his speech. She also said she had "no idea" who paid for the trip. State Department spokesman Greg Sullivan told Salon, "I can't say that we were contacted by Neil Bush's people" regarding his trip to the Gulf or the contents of his speech.

The Jeddah Economic Forum, where Bush delivered his remarks, was called to help maintain good relations between the United States and Saudi Arabia, which is the United States' second-largest supplier of oil. But -- perhaps inadvertently -- the younger Bush stepped on a number of tripwires in the highly precarious U.S.-Saudi relationship. His speech seems to touch on a number of Saudi complaints, from the American media being too tough on the Saudis, to whether U.S. support for Israel is a cause of terrorism and whether that support is a consequence of unfair media coverage -- by a media that the Saudis continually complain is under Zionist control. In each case, Bush seemed -- if his quotes were reported accurately -- to be preaching to the Saudi choir. And the speech seemed to only underline further the strong, historical connections between the Saudi royal family and the Bush clan.

The third annual forum, at which Bush was an attendee as well as a speaker, was sponsored by the business community in the port town. The area's business leaders include the Binladin Group construction company, the owners of which are the estranged relatives of al-Qaida leader Osama bin Laden, who, long an enemy of the House of Saud, was stripped of his Saudi citizenship in 1994.

"American public opinion sees Arabs as terrorists and has the desert-man image about them," Neil Bush said, quoted this time by Agence France-Presse. "I wish the Americans would see Arabs and Muslims the way I see them ... but Arabs are losing the public relations battle in the United States."

Bush also suggested that the Arab-Israeli conflict was linked to terrorism. "In the speech, he called for the root causes of terror to be explored," according to the Arab News report, which then quoted Bush saying: "There could be economic disparities, social unrest or unemployment causing growing dissatisfaction in the region. But I have been told that the bigger issue is the resolving of the Israeli-Palestinian conflict."

In response, James Taranto, a writer for the Wall Street Journal's Opinionjournal.com, called Neil "the Bush Black Sheep," and said that he -- like Roger Clinton and Billy Carter before him -- "has emerged to embarrass the man in the White House." Before now, Neil may be best known for his role as former director of the Silverado Banking, Savings and Loan Association from 1985 to 1988, who was sued by federal regulators in 1990 for the S&L's collapse, which cost taxpayers approximately $1 billion. Bush paid $50,000 in a court settlement.

Since Saudi Arabia does not have freedom of the press, the government controls what is reported in the pages of its newspapers. But if Bush's comments were made as reported, they no doubt found a receptive audience. "The U.S. media has been reporting Israelis defending themselves from rebels disrupting their stability," Bush was quoted as saying. "So public opinion is bigger in my opinion. No wonder the people of the U.S. side with Israel."

The Saudis have complained for years about how their nation is portrayed in the West; this is not the first time that a member of the Bush family was quoted in the Saudi press as apologizing for the Western media.

On Oct. 25, amid reports that the administration was unhappy with the lack of Saudi cooperation in the investigations of the Sept. 11 attack and the war on terrorism (Saudi Arabia had balked on tracking down possible funding ties to al-Qaida, expressed reluctance to help the U.S. militarily and, unlike 40 other countries, had yet to make one arrest, despite the fact that 15 of the 19 hijackers were Saudi nationals), White House spokesman Ari Fleischer said President Bush had reached out to Crown Prince Abdullah of Saudi Arabia. The president wanted "to thank the kingdom for its support in the international war against terrorism. The president noted that he is very pleased with the kingdom's contributions to the efforts, and he said that press articles citing differences between the United States and Saudi Arabia are simply incorrect."

The ties between the Bushes and the Saudi royal family are deep. After the Gulf War in 1992, Prince Bandar had bonded with then-President George H.W. Bush to the point that New York Times columnist William Safire morphed them into "Bandarbush" and wrote: "When Prince Bandar says 'jump,' George Bush asks 'how high?'" The prince donated at least $1 million to the former president's presidential library at Texas A&M University in College Station, Texas. In June 2000, he attended Barbara Bush's 75th birthday party in Kennebunkport, Maine.

Following reports that the Saudi royal family was chagrined with the U.S. support for Israel, on July 15 the New York Times reported that President George H.W. Bush called Crown Prince Abdullah to assure him that his son the president would "do the right thing" because "his heart is in the right place."

That seemed to be the message delivered to Crown Prince Abdullah bin Abdul Aziz -- essentially the Saudi ruler, with King Fahd reportedly in poor health -- who on Nov. 4 took to Saudi state television to report that "President Bush phoned me. He began the conversation by saying that he was sorry" about U.S. media stories in which Saudi Arabia was criticized. According to Abdullah, President Bush said: "'We will not accept this and I will not accept it, and most American people will not accept it.'"

A day later, Abdullah alluded to the Zionist conspiracy alleged to be behind the media criticisms. "Newspapers which criticized the kingdom are driven by people you know and are aware who stands behind them ... God willing these will be defeated." In December, the third-ranking Saudi official, Prince Sultan bin Abdul Aziz, blamed the "Zionist and Jewish" lobby for "the campaign by some American and Western newspapers ... launched against us because of the kingdom's position on the Palestinian issue."

Complaints against the Saudi government for a lack of cooperation in the U.S. war against terrorism is no new development. The U.S. government has for years sought Imad Fayez Mugniyah -- one of the top 22 "most wanted terrorists" who in 1983 led the bombings of the U.S. Embassy in Beirut, which killed 16, and the U.S. Marine barracks, which killed 241. In 1995, the FBI learned that Mugniyah was on a commercial airliner scheduled for a layover in Saudi Arabia. But at the last minute, the Saudi government -- against U.S. wishes -- denied the plane permission to land, and Mugniyah thus avoided capture. A couple years later, before U.S. officials could interrogate four individuals responsible for the 1997 truck-bombing of the Khobar Towers housing complex in Dhahran -- in which 19 American soldiers were killed -- the Saudi authorities had the four men beheaded. Eleven others are wanted for extradition, but the Saudi government has refused those requests.

More recently, there have been reports that the Saudis have refused to cooperate with U.S. efforts to cut off financial support for terrorism, and to this day refuse to accept that 15 of the 19 hijackers were Saudi. In October, Bush administration officials were telling reporters that the Saudi government was still refusing to freeze the assets of Osama bin Laden and was uncooperative in the investigation into the Sept. 11 attacks. Saudi spokesmen denied those charges as well as ones that Saudi money funds the spread of militant Islam throughout the globe, and that their schools teach hatred and intolerance for any non-Sunni Muslim.

On Nov. 27 White House press secretary Ari Fleischer said that the president was satisfied and pleased with Saudi cooperation in the war on terrorism. "The Saudi Arabian government has done everything the United States has asked it to do in the war on terrorism," Fleischer said. He listed a number of areas where the Saudi government -- despite press reports and off-the-record comments from Bush administration officials -- had been helpful, including economic assistance to Pakistan, humanitarian relief to the people of Afghanistan, and intelligence sharing. A few days later, a U.S. delegation consisting of officials from the Department of State, the Treasury Department, the FBI and the National Security Council went to Saudi Arabia to urge more cooperation.

More recently, there have been tensions about the U.S. military base in Saudi Arabia, and conflicting news accounts about whether the Saudis will request the exit of the American military. And on Tuesday, after seven years of legal battles, the Pentagon lifted its requirement that female military personnel stationed in Saudi Arabia don black abayas -- or full-body gowns -- when off the base. Secretary of Defense Donald Rumsfeld was being sued by Air Force Lt. Col. Martha McSally over the dress code, which McSally claimed was discriminatory. Military requirements against female military personnel driving, sitting in the front seat of a vehicle, or leaving base without a male companion are still in place.

Former President Clinton also spoke at the conference, though his advice was a bit different from Neil Bush's. Clinton said Americans need to "do a better job and listen to Muslims ... who thought that before Sept. 11 the U.S. was insensitive to their needs, hostile to their values, beliefs and economic interests." He praised those Saudis who had condemned terrorism, such as the imam of the Grand Mosque, but he also, controversially, urged Saudis to teach tolerance in their educational system. "We see people speaking out against terror ... this must also extend to the school," Clinton said. "You have to help us end that kind of indoctrination.

Clinton also expressed support for a renewed Israeli-Palestinian peace process, saying that "violence must end, terror must stop and the suicide bombings must cease."