When a doctor told me AIDS would soon end my life, I stopped planning for one. That was 20 years ago. 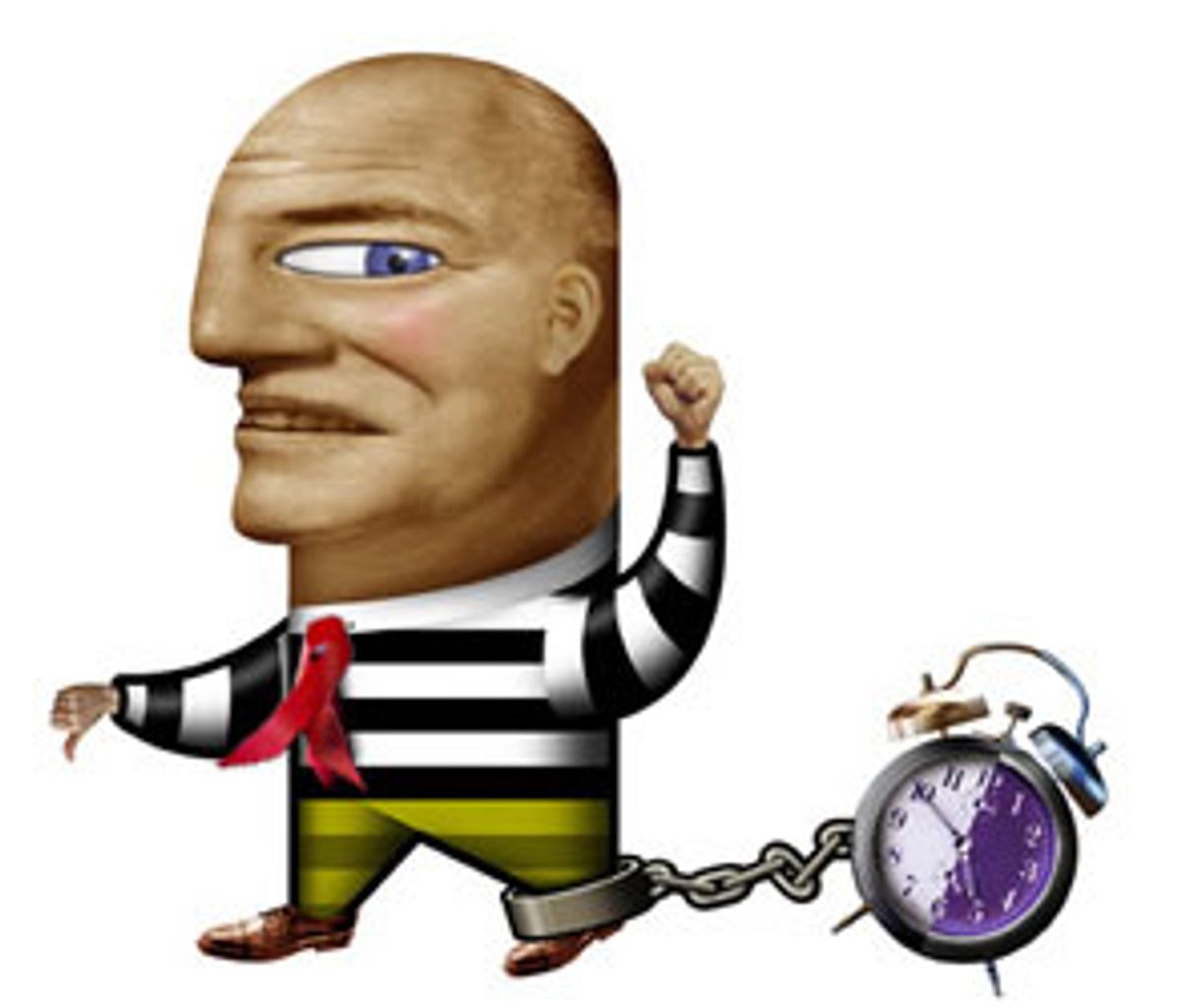 Two years from now will be my 25th class reunion and by then I will have lived with HIV for two decades. When I was first diagnosed at 23, I thought the doctor was cavalier about my prognosis. I didn't know much about what was then a new disease; not a lot of useful information or treatment was available, but what most people did know was not good. What I recall as cold indifference on the part of my doctor now seems an obvious assessment of the facts at the time: Mainly I was doomed to die, more likely sooner than later.

But I didn't die. Others around me did, some alarmingly fast and others taking a more painful and arduous route. In these cases I was sometimes a casual friend, sometimes a primary caregiver, but I was always aware that I was also on this mysterious death list, which apparently changed order at whim.

I didn't expect to make it to 30, to turn 40, to see the new millennium. People around me were doing what people do in their 20s -- starting careers, nurturing relationships, establishing roots and beginning their lives. I lived in Manhattan and I had been lucky enough to have inherited some money. So what do you do when you have very little time left on the planet? You certainly don't plan for the future. I spent, partied, traveled and absorbed New York.

My disease finally caught up with me in the early '90s. I developed neuropathy in my legs and suffered from hypogonadism, which is when the body ceases producing testosterone. The lack of hormone meant the loss of my libido, but also made me tired, apathetic. The pain and numbness in my legs was so intense I often took a cab three blocks to a destination. I was 33.

At this point, about 10 years after my diagnosis, the money I'd inherited was long gone. I applied for disability and began to receive the approximately $700 a month in federal and state funds. The rent for my apartment, a studio in Chelsea, began to be partially subsidized by a city program for people with AIDS. To qualify for the money, I had to attend "eligibility meetings," which mainly involved waiting for hours in a large room with several dozen other AIDS patients before a social worker numbly noted that I'd brought the appropriate documents. They called us "bugs" there, as in "How many bugs are in the waiting room?"

I was ashamed of being seen entering or leaving the building; I still felt "on the map," still had an attractive apartment, the right clothes, friends who got me free tickets to Broadway shows. I was lucky enough to become friends with a generous and loving restaurant critic, and so ate several nights a week in the city's best restaurants. After I'd paid my part of the rent, utilities and phone, I had approximately $350 a month left for transportation, clothing, food and anything else I needed.

Protease inhibitors showed up around 1995, a small and naive cavalry for the overwhelming mass of dead and dying. For some it was too little too late. For others, it was the moment in the movie when the ticking bomb stops seconds before everything is destroyed. For me, it was both. I'd already had my youth, my health, my future denied. My execution was now delayed, maybe canceled, maybe just postponed until I lost resistance.

I had forgotten about the things other people had been doing all this time -- a career, "real life." I started working off the books when I could or until I got too tired or my meds began troubling me. The last job I had in New York was legitimate -- I took it when a lawyer I'd been dating wasn't comfortable with my being on disability. I had taxes deducted from an official paycheck and stopped going to the dreaded eligibility meetings. I resumed writing, something I hadn't done since college, and my first play was chosen for a staged reading by a known company.

Then my relationship with the lawyer ended, and I was again forced to leave my job for health reasons. My first round of protease inhibitors were even less resilient than I'd been. I found I was no longer eligible for rent assistance because I'd left the program to work. I began selling possessions --photographs, mission-style furniture I'd bought in the early '80s. Finally, I fled New York for Los Angeles.

Shortly after moving to L.A., I met my lover, who is in circumstances similar to my own. He's 45, also on disability, has been HIV positive for the same length of time. The two of us have a combined total income of $1,500 a month from Social Security. Luckily for us, he lives in subsidized housing, so we share a small studio with our dog and he pays only $200 a month. I don't officially live here -- we can't jeopardize his lease.

For extra income, he cuts hair occasionally and sometimes I sell the prescription steroids we get to combat muscle wasting from HIV -- not a difficult task here in body-conscious L.A. Human growth hormone is a valuable commodity, especially to the professional bodybuilders who congregate in Southern California, and we can always use the money.

My lover is more affected by wasting than I am, so I save some of the steroids and administer him a shot once a week. I've developed resistance to most current meds available yet my health remains stable. I treat my hypogonadism but still have trouble with the pain and numbness in my legs. Last spring, when I was 39, I had a heart attack due in part to my meds, which increase cholesterol. I'm too healthy to die, too ill to assume "normality."

Every day I appreciate what I have: the roof over our heads, food to eat, the ingenuity and doggedness true survivors acquire. I can't remember the last time I paid taxes, the last time I could afford a dentist. I know I'll never own a house, never be able to buy a new car, never have a credit card again.

I sometimes wonder what I'd have done 20 years ago had my future been not only assumed but possible. I might have chosen a long career, made some money, even had a home with a yard. Instead, "real life" has been a collision of hope, resilience and luck -- your last resorts when you don't have plans.

Hugh Elliott is a writer and artist living in Los Angeles. He has written three plays thus far.