The woman who blew up herself and an Israeli man last Sunday was also a paramedic who once dedicated herself to saving lives. 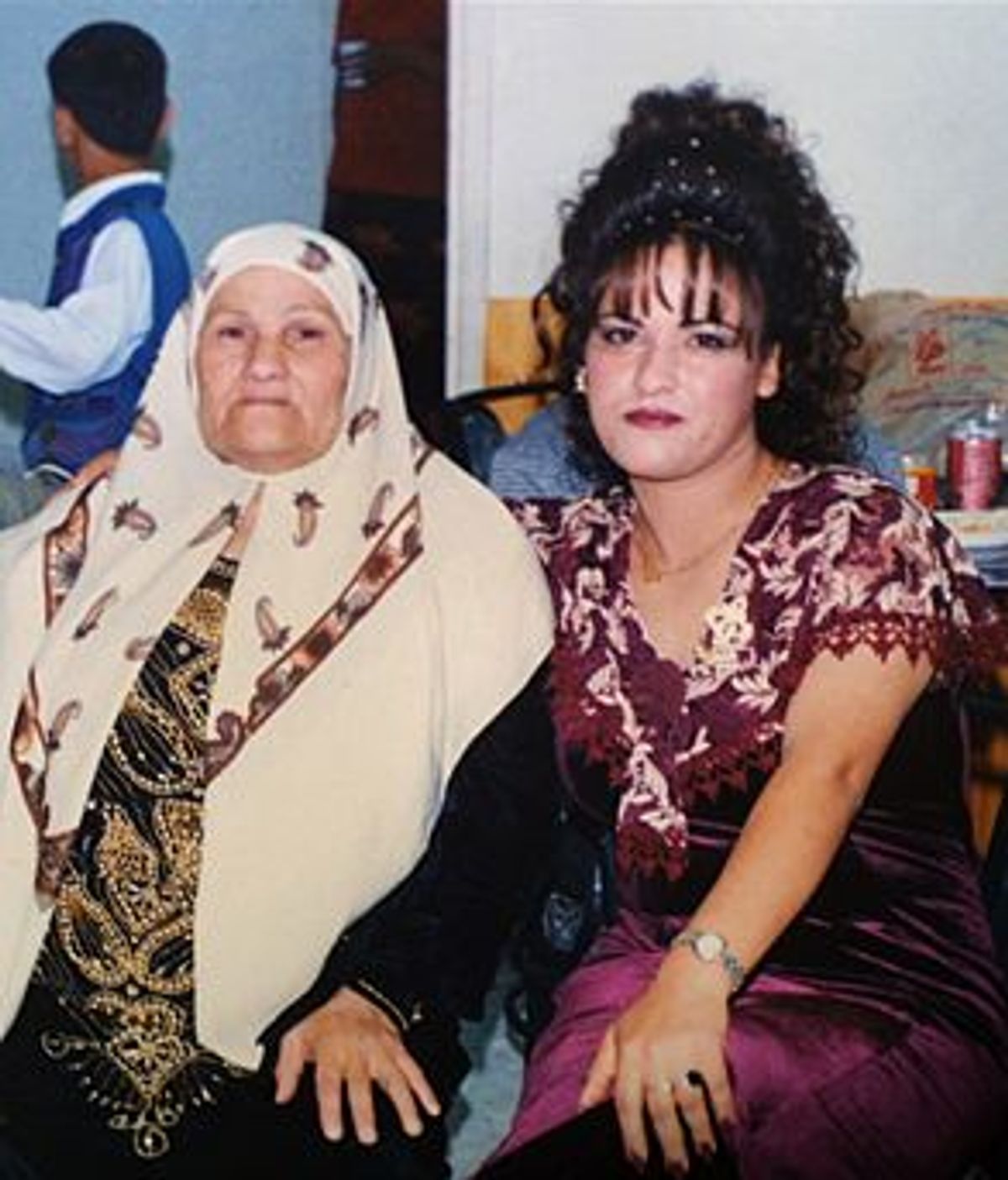 "I saw the head of a girl with long black hair lying in the street," said Aaron Pinsker, still trembling hours after an explosion last Sunday killed one Israeli and wounded scores of others. "I didn't recognize it at first. I thought it was a chicken or some animal, but when I looked closer it was clearly a girl. The body I couldn't see anywhere, though." Pinsker, the owner of Pinsker Furniture on Jaffa Road, looked once more at the carnage caused by the blast, and murmured again: "A girl."

What Pinsker saw, it now turns out, were the remains of the Palestinian bomber responsible for the blast in the heart of the city -- the first woman to commit such an act. Palestinian security services Tuesday night informed the family of 27-year-old Wafa Idris, from the Amari refugee camp near Ramallah, that she was the mystery woman who died at the center of the explosion in Jerusalem. She was an activist in the Fatah movement, a divorcee and a paramedic in the Palestinian Red Crescent Society who had been missing since Sunday. Astonishing as the information was, Idris' family didn't question it.

"I know why she did it," says Wafa's older brother Khalil. He was seated on a plastic chair in the bare courtyard of the Amari camp's youth club, receiving the condolences of relatives and friends. "All the terrible things she saw when she worked for the ambulance service, the body parts, the children who were shot, the pregnant women who lost their babies at Israeli checkpoints, it is enough of a motive for any reasonable person." Wafa has honored the family, says Khalil.

Across town in the well-equipped, modern office of the Palestinian Red Crescent Society in Ramallah, the mood is not one of acceptance. "It is ridiculous, ridiculous that it has come to this," says Hossam Sharkawi, the visibly shaken coordinator of Emergency Response Services. "It is appalling, it goes against all our principles. We oppose all killings of civilians, we are here to save lives, Palestinians and Israelis equally."

Wafa was one of the most dedicated volunteers over the past two and a half years, says Sharkawi. "She came every Friday, which is our peak time during the intifada because of the riots after prayer. When there were riots during the week she would volunteer for two or three days in a row."

Sharkawi adds that he is aware of the traumas that the work can cause, but he declines to connect Wafa's experiences as a volunteer to the bombing. The rejection of such a connnection is crucial, considering that Idris' actions could very well put the organization at risk. Sharkawi, and other Red Crescent administrators, are anxious to stifle the suggestion that rescuers might turn into bombers as a result of their difficult jobs.

"Everybody who has been out there potentially suffers from post-traumatic stress disorder," says Sharkawi. The Red Crescent set up a trauma program, last June, to screen and counsel its emergency personnel and volunteers. "Obviously the emphasis is on staff more than on volunteers," he says, "but it is impossible to say if her experiences in the ambulance service contributed to her decision to carry out her action."

In the Amari refugee camp, Wafa Idris' family also rejects the idea that Wafa was somehow depressed or overcome by grief as a result of her volunteer work. Instead, they are quick to enumerate the humiliations that Wafa allegedly suffered at the hands of the Israelis. She was hit by rubber bullets three times, and during the first intifada, which started in 1987, the Israelis beat her up, they say. Her brother Khalil says he served eight years in an Israeli prison for being a member of Fatah, which was still banned back then. "She came to see me whenever she could," he says. Wafa was on the camp's women's committee during the first intifada, helping to distribute food at times of curfew, offering social support and looking after prisoners' families, her relatives say.

The Idris family is average -- no richer, no poorer than the rest of the Amari camp's 8,000 residents, says a director of the camp's youth club, who declines to give his name. They were originally refugees from the town of Ramle, in what is now Israel, like many others in the camp. Wafa's father died years ago and her brothers looked after her and her mother.

The house where Wafa lived with her mother during the last few years of her life is dilapidated and messy. Chickens pick grains on the living room floor. Wafa's diploma from the six-month Red Crescent training course, alongside her graduation photo, decorates the mostly bare walls. After she got divorced, Wafa moved back in with her mother, the marriage having failed to produce children, her relatives whisper. Since then her life consisted of caring for her mother, who has a heart ailment, and her volunteer work.

The residents of the Amari camp have evacuated the Idris home and the houses immediately around it, in anticipation of Israeli retribution. In the nearby home of a friend, the women of the family comfort Wafa's 60-year-old mother, Wasfia. She says between sobs that she would never have expected her daughter to do what she did. "She looked like her normal self when she left in the morning," she says. The rest of the family, friends and neighbors close ranks to deliver a deliberate message: "She was not depressed," says a Fatah member at the house, an assistant to Security Chief Jibril Rajoub, as it happens. "She did it out of nationalistic motives, nothing else. She was not sad or religious. She didn't wear a head scarf. We are all proud of her choice."

It is still unclear whether Wafa intended to blow herself up or whether she was carrying the bomb for somebody else. An unofficial statement by Fatah's militant Al Aqsa Martyrs Brigades only says that she was "martyred" in the operation. The Israeli police do not classify her as a suicide bomber, just a "bomber." It is possible that Wafa was acting as a courier and that the intended bomber was actually nearby when the device exploded prematurely. The man rumored to be her contact is said to have been lightly wounded and is receiving treatment at an Israeli hospital.

Even if Wafa was accidentally blown up, it is still remarkable that a woman was involved in such an operation. In fact, Wafa's death has sparked a debate among Palestinians about the role of women in the fight against Israel. A spokesman for the Islamist Hamas movement in Gaza has said that there is nothing in the Koran that would bar a woman from "martyrdom." Traditionally, however, women have been limited to less exposed roles.

"We are proud of her," says Hanan, a 21-year-old English literature student at Al-Najjah University in Nablus. Hanan wears a head scarf and voted Hamas in the student elections last October. The student council is dominated by the Islamic Bloc, which is backed by Hamas and Islamic Jihad. "It is good that a woman did this because now the Israelis are facing the whole of the Palestinian people," says Hanan.

Women should take a more active part in the intifada, argues Hanan, even though they are more limited in what they can do than men. "In our society a woman is less free to do what she wants and go wherever she wants but there are also advantages." She suggests that Israelis will now feel even less secure because all Palestinians, men and women, can carry bombs. "I would love to give my life for Palestine," says Hanan. "Maybe one day I will have the courage."