From Enron to Cheney to California

Golden State politicians are on the warpath after a leaked memo reveals Kenneth Lay's instructions on how the White House should handle last year's electricity crisis. 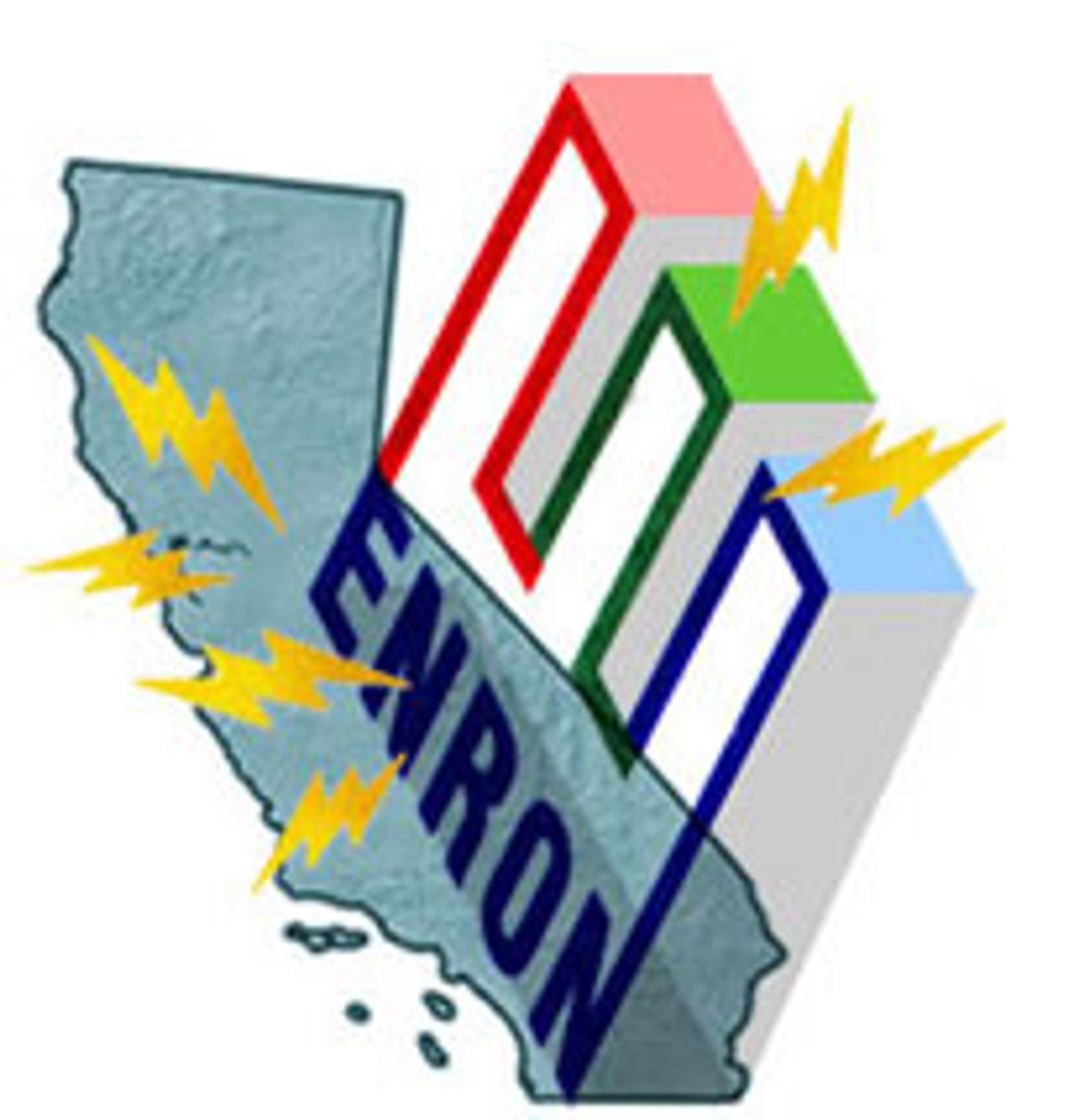 The release of a memo from then-Enron CEO Kenneth Lay to Vice President Dick Cheney that included recommendations for how to handle the California energy crisis is encouraging the state's top politicians to call for more hearings and investigations into Enron's role. On Thursday, Gov. Gray Davis and Sen. Barbara Boxer, D-Calif., called on the Federal Energy Regulatory Commission to investigate charges of possible market manipulation by Enron and other power generators in the state.

"I am writing to request an additional hearing to pursue what role Enron had in the California energy crisis with respect to market manipulation and price gouging," Feinstein wrote in her letter to Bingaman. "Enron's ability to deal in complex unregulated financial derivatives in the natural gas market while controlling a tremendous share of the gas trading market, provided Enron the ability to manipulate market prices."

Critics say Enron was a big part of why the California energy marketplace was fundamentally flawed in the first place. Enron argued for a separate clearinghouse for all energy trades in the state, which had little regulatory scrutiny and operated in virtual secrecy. That, consumer advocates say, helped energy producers and traders like Enron to artificially manipulate the market and gouge the utilities, who were buying the wholesale energy to deliver to their retail customers.

Bill Wicker, spokesman for the Energy Committee, says the chairman has not yet set a date for those hearings, but the interest of Feinstein, as well as Democrats Maria Cantwell, of Washington, and Ron Wyden, of Oregon, in holding such hearings is a good sign they will be held soon.

The Lay memo, a copy of which was leaked to the San Francisco Chronicle, refocused attention on Enron's role in the California energy crisis. Lay gave Cheney the two-page document in April, as the two met to discuss California's situation and the formation of a new national energy policy. The memo outlines Enron's priorities for a national energy plan, and includes suggestions for how to solve the state's energy problems. Critics say it illustrates just how closely the administration's final plan mirrors Enron's priorities. Sen. Barbara Boxer called the memo "a smoking gun."

Eight remedies for the energy problems in California are listed in the memo, which Lay gave to Cheney on April 17, including a recommendation to give private companies the power of eminent domain to seize private property to build new power plants or transmission lines. The memo also argues strenuously against implementing price caps on wholesale energy prices -- a key issue in the California energy crisis. Instead, Enron argued, the solution to the crisis should be more deregulation, not less. That closely mirrored Cheney's public comments the day after his meeting with Lay as politicians from both parties were calling for temporary caps.

"Events in California and in other parts of the country demonstrated that the benefits of competition have yet to be realized and have not yet reached consumers," the memo states. "The administration should reject any attempt to re-regulate wholesale power markets by adopting price caps."

On April 18, Cheney told the Los Angeles Times, "California is looked on by many folks as a classic example of the kinds of problems that arise when you do use price caps."

While the memo does not shed a tremendous amount of new light on Lay and Enron's input -- Lay met with Cheney six times as the administration was crafting its energy plan -- it underscored once again how Enron had the administration's ear at a time when California was threatened with soaring energy prices and rolling blackouts.

"Throughout the crisis, I was not allowed a private interview with the president or vice president -- even though such a talk may have helped California," Sen. Dianne Feinstein wrote in a recent editorial in the Los Angeles Times. "Something is wrong when a senator representing 35 million Californians is not able to talk personally to the president or vice president in the midst of a crisis, but executives from a company that contributed millions of campaign dollars have complete access and significant influence."

Boxer is expected to confront Lay with the memo when Lay testifies before the Senate Commerce Committee on Monday.

Feinstein and Boxer have directed most of their outrage at the administration for refusing to hear the pleas of Democrats and Republicans from California who begged for price caps on the state's out-of-control wholesale energy prices. The administration refused, adopting the same position as Enron -- that "price caps, even if imposed on a temporary basis, will be detrimental to power markets and will discourage private investment," in the words of the Enron memo.

Eventually, new Federal Energy Regulatory Commission chairman Pat Wood acquiesced and imposed limited price caps on wholesale energy prices in the Golden State. Those caps -- along with other factors, including increased energy conservation and a cooler than expected summer out West -- led to an easing of the state's energy crisis as wholesale energy prices fell.

The rising political heat, combined with Vice President Cheney's continued refusal to cooperate with the General Accounting Office's request for his notes from those energy policy meetings, is encouraging consumer advocates to up the ante. Doug Heller, from the Foundation for Taxpayer and Consumer Rights, speculates that Cheney may be refusing to cooperate with the GAO because he's trying to cover up for his buddies at Enron, who Heller says artificially manipulated California's energy market.

"It seems clear now that Enron needed the ability to gouge California to keep their company going," he says. "The big question now is, did Lay ever say to Cheney, 'We're in trouble, and we need to keep this thing going in California to pay off our debts'?"

Cheney has repeatedly said that he and Lay never discussed Enron's financial troubles. But Heller says the vice president's intransigence calls that into question. "I think it's legitimate to ask just what Dick Cheney is hiding," he says.