The doobie-smokin' masturbators in this witless college comedy really aren't assholes. Really and truly. And they have the chicks to prove it. 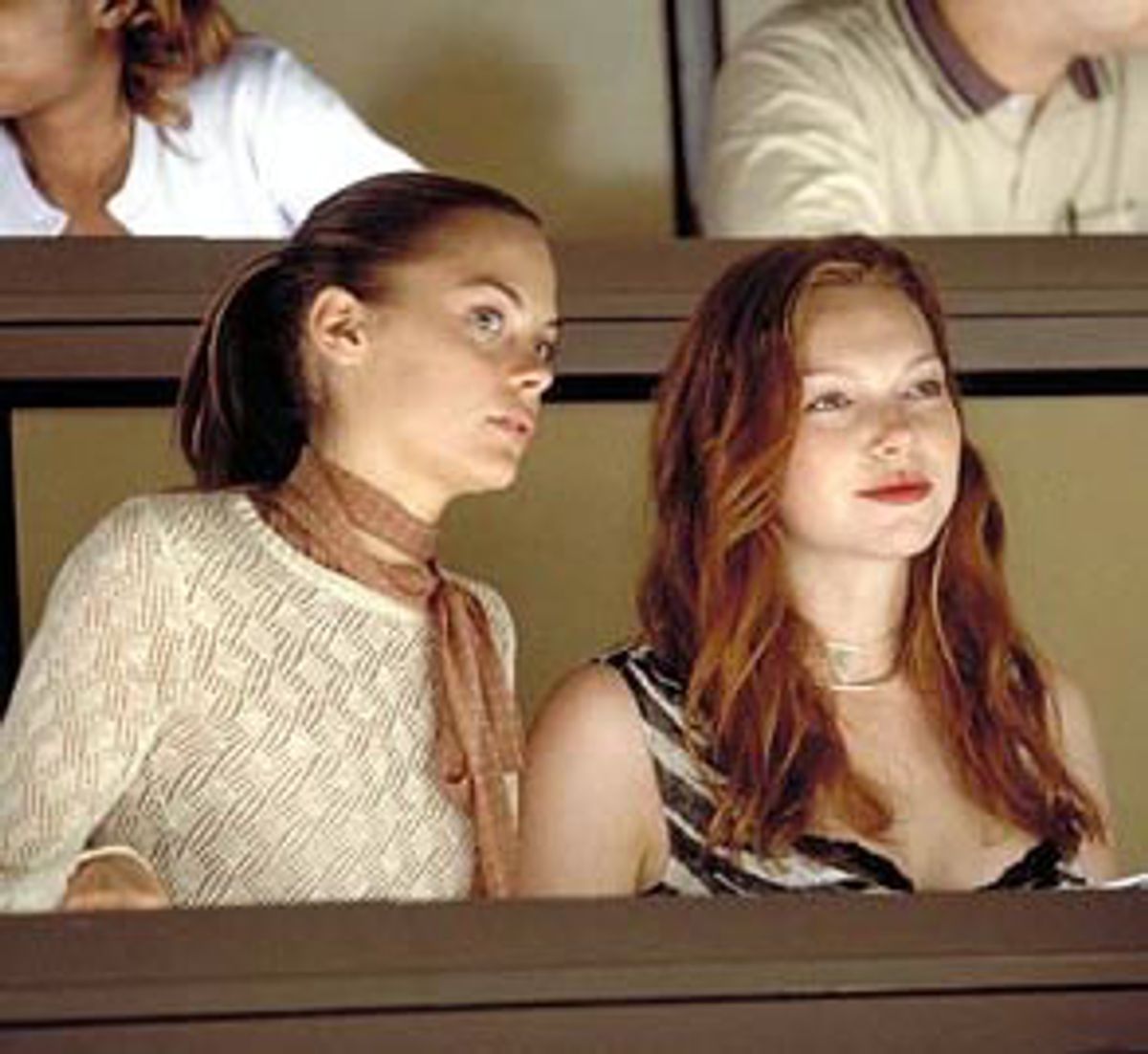 If you've ever picked up a so-called lads' magazine like Stuff or Maxim, you've already seen "Slackers." Smirkingly sure of itself and self-consciously offbeat, "Slackers" is the story of three college guys (played by Devon Sawa, Jason Segel and Michael C. Maronna) who are motivated enough to concoct painfully elaborate cheating schemes but not enough to actually study. They're caught out by campus nerd and stalker-in-training Cool Ethan (Jason Schwartzman), who blackmails them into helping him get the girl of his obsessions, if not dreams (James King).

Maxim runs articles that tell you how to remake your girlfriend if you've gotten sick of her, and features like "How to Pick Up a Deaf Girl" (the reasoning, straight out of Neil LaBute, is that a hearing-impaired woman isn't likely to get dates). A male friend of mine calls Maxim the magazine for guys who want to fool women into thinking they're not really assholes (actually not being an asshole is too much work).

That's also the perfect way to sum up "Slackers" -- the difference is that Maxim is at least somewhat self-mocking about its noodle-spined macho intentions, while "Slackers" believes wholeheartedly that deceit and brainless masculine posturing are the things that get the girl.

The movie's grand complication, if you can call it that, is that in the process of trying to fan King's affection for Schwartzman, Sawa falls for her himself. It would be more of a complication if at least one of them were actually worthy of her. King is lovely, with her turned-up snub nose, and despite the fact that she doesn't have much to do here, she manages to come off as a remarkably charming and grounded presence (as she did in "Pearl Harbor").

Neither of these boys seems even remotely King's equal. They doodle and fuss around as they mislead her. But "Slackers" isn't smart enough even to suggest that, in most equations of youthful romance, women are the more advanced creatures (as "American Pie" did). Instead, it's ploddingly confident that seductive bullying and deception are the best means of winning one's true love -- in other words, you can be as much of a jerk as you want, as long as you come clean in the end with a heartfelt speech and a few earnest blinks of your big doe eyes.

That's the trick Sawa, with his forthright, football-hero good looks, tries to pull off here. In real life, it should be about as effective a wooing technique as the old "pull my finger" gag, but in the movie's Peter Pan-meets-Bob Guccione universe, it gets the job done. Even if, at first, you find yourself giggling at the way Schwartzman's inherently nerdy yet oddly hirsute arms dangle out of his short-sleeved shirts, he becomes wearisome by his second scene. He gives even less to the camera than he did as the deadpan, lovelorn Max J. Fischer in "Rushmore."

In fact, all of the male characters here are unlikable from the beginning, and by the end not one of them recovers even a smattering of goodwill (despite Sawa's giving it the old college try). We're supposed to laugh at the Monkees-style pad that Sawa, Segel and Maronna share, at the way they smoke giant doobies and wise off to their teachers. In fact, the teachers are the funniest touch in "Slackers," particularly the bespectacled, full-of-himself T.A. who greets the students who show up for his exam by saying, in a way that would be vaguely sinister if he actually gave a damn, "If you don't recognize me, that means you've never been to class." There's no triumph in the way the guys outwit the teachers, since they're less appealing than the teachers themselves.

"Slackers" is supposed to be a gross-out comedy, but the tastelessness of its jokes is nothing compared to its sheer cluelessness. Director Dewey Nicks, making his debut here, and writer David H. Steinberg don't bother to give their actors characters to play as much as carefully calibrated tics and gags that seem to have been ordered directly from the "Wow, Man! That's Seriously Weird Shit!" catalog. That's why Sawa's character now and then mysteriously has a pipe clenched in his teeth, and why Schwartzman does weird little shimmies that make him look as if he might have a load in his pants. (He also has a creepy shrine to King in his room, and he's made a doll out of her hair, which he uses as a masturbation aid.) You also get facile non sequiturs plopped in to wow us with their strangeness, like the way Maronna lies back on his bed with a sock puppet over his tumescent member, wriggling it around as he sings "She'll Be Comin' Round the Mountain."

Someone had to actually smoke something to come up with these gags, so don't be too hard on Nicks or Steinberg or any of the actors: They haven't yet decided whether we're an audience actually worth thinking for. But they're seriously weighing it, and they'll let us know when they've finally made a decision. Maybe. Or maybe not. Ha ha!

For their next trick, maybe they'll actually find a way to fool us into thinking they're not assholes. Or maybe not.