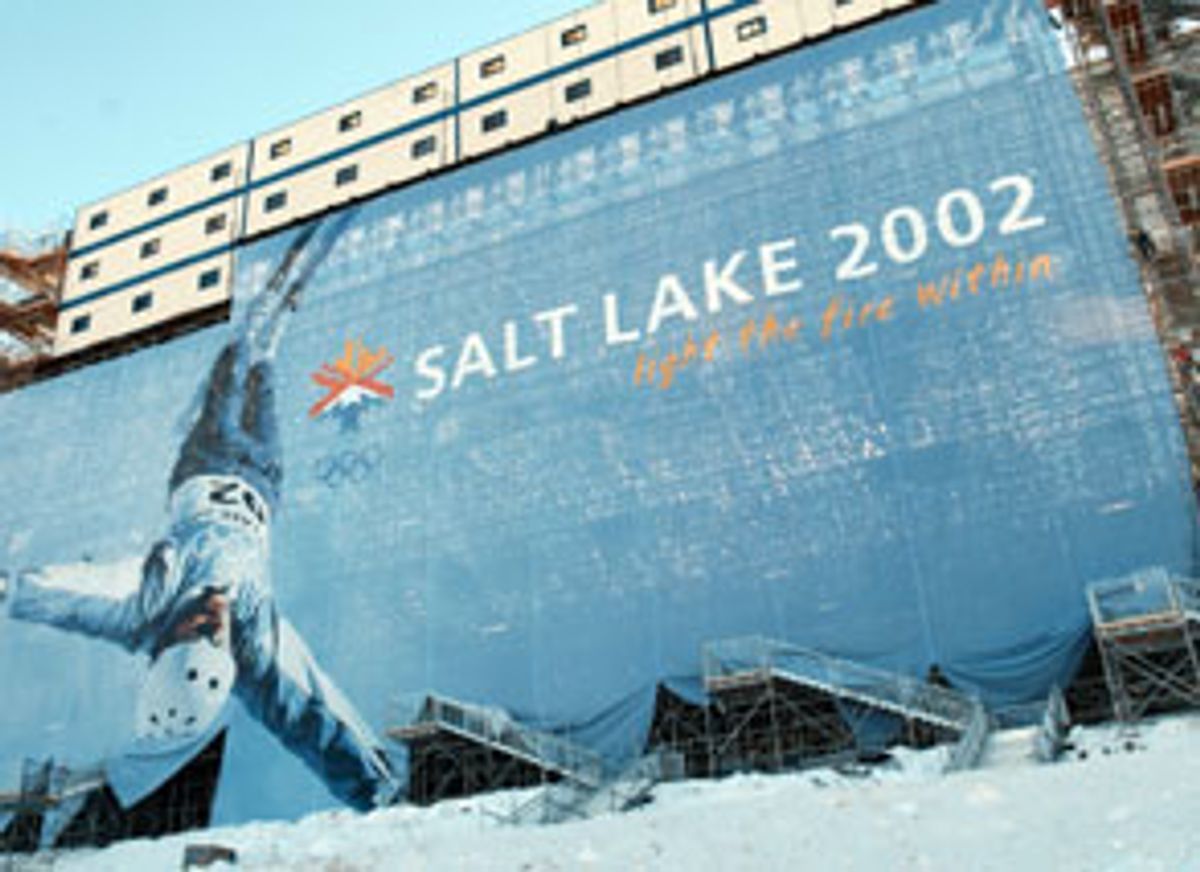 Salt Lake City, which will host the Olympics next week, was the target of "meticulous" surveillance by Osama bin Laden's spies, according to a top U.S. intelligence official.

And while the U.S. issued a flood of warnings this week about threats to American targets retrieved from al-Qaida facilities in Afghanistan, some of the information has come from bin Laden operatives arrested in the U.S., the official said -- including some apprehended at or near the target sites during their surveillance. "Some have been caught on the site [while spying in the U.S.] -- a good percentage," he added.

Salt Lake City is only one of many American targets of al-Qaida surveillance, U.S. officials announced this week. The terrorists had apparently targeted U.S. dams, reservoirs, nuclear power plants, and even the Seattle Space Needle. But while some of the surveillance evidence produced by U.S. officials has seemed relatively limited -- officials said they found photos of tourist spots like the Space Needle, for instance -- information about other sites, like Salt Lake City, was more detailed.

"They had that place cased as far back as the millennium," the intelligence official told Salon, "and very, very meticulously." Salt Lake's utilities, water supplies, electrical grids and key landmarks were identified and analyzed by the terrorists with the aid of sophisticated computer programs used by engineers and architects, the official said.

FBI spokesman Steven Berry declined to comment on any aspect of domestic counter-terrorism operations or plans.

Skeptics may wonder why the details of these al-Qaida surveillance projects happened to be released the week of President Bush's State of the Union address, where he appeared determined to widen the war on terror. It also coincided with plans to increase the defense budget significantly.

Indeed, while details of the al-Qaida intelligence bounty have been leaking out all week, it was Defense Secretary Donald Rumsfeld who formally announced the government's findings on Thursday. Rumsfeld warned that the U.S. could face "vastly more deadly" attacks than the Sept. 11 strikes, and said that dams, reservoirs and nuclear power plants were among al-Qaida's surveillance targets, though he would not identify specific sites.

But the intelligence source who spoke to Salon -- days before Bush's speech -- said that one prominent site was the Hoover Dam on the Arizona-Nevada border, which serves much of the West with water. A nuclear weapons facility in Amarillo, Texas, was also scouted by the terrorists, who have apparently made President Bush's home state a priority.

Intelligence sources contacted by Salon couldn't assess the level of risk to named targets, or whether any future operation was likely, based on the evidence uncovered.

But there still seems to be some concern about ongoing threats: On Wednesday, the National Infrastructure Protection Center, a multi-agency unit inside the FBI, sent out a warning to utility managers that al-Qaida operatives had made thorough preparations for attacks on dams and reservoirs. A copy was obtained by Salon.

"A computer that belonged to an individual with indirect links to USAMA BIN LADIN contained structural architecture computer programs that suggested the individual was interested in structural engineering as it related to dams and other water-retaining structures," said the NPIC bulletin. "They specifically sought information on water supply and wastewater management practices in the US and abroad."

And as recently as Monday the FBI was reportedly investigating "surveillance, with suspicious intent, at a southern U.S. border power plant including a dam," according to a bulletin circulated among intelligence agencies and utilities. "The intended use of the [al-Qaida] surveillance is not known," reported the Information and Analysis Center, a corporate-funded intelligence center in Reston, Va. The plant and dam could not be identified.

One of those routes was into Salt Lake City, where the Olympics open Feb. 8.

Sabotage of the Olympics "would've worked quite well if we hadn't gotten packed up to the point we are now," the source said. "I mean, now that place is like a fortress. But it's still important." As recently as a week ago, some government officials were warning that sites around Salt Lake City were not as secure as Olympics sites themselves.

Despite the intelligence harvest, however, U.S. officials are at a loss to understand why al-Qaida failed to mount more attacks after Sept. 11. Even if major attacks were impossible, they wonder why they didn't strike "soft targets" like subways or shopping malls, in major cities.

"We thought the first thing they would do is pull a Japan in the subway, because it works," the intelligence chief said, alluding to the 1995 sarin gas attack on the Tokyo subway by the Aum Shin Rykyu religious sect.

"We're very vulnerable to it and it could easily happen," he added.

The government's success in cracking down on al-Qaida has helped flush out information in many different ways, but it has also created some intelligence problems. Before Sept. 11, bin Laden's terrorist cells shared information on a strict, need-to-know basis, which allowed the attacks to take U.S. intelligence agencies completely by surprise. Since then, however, the al-Qaida organization, battered by thousands of arrests and the crippling of its banking channels here and abroad, has resorted to cellphones and e-mail to communicate. The ironic result has been to overwhelm U.S. intelligence with chatter that makes it hard to winnow real threats from cheerleading by al-Qaida sympathizers or wannabes, sources said.

Stymied, the FBI and Justice Department have pursued a strategy of picking up anyone remotely suspected of terrorist activities and sorting out the guilty from the innocent later.

"It's mostly the Bureau, together with local cops. But the Bureau's got 3,500, 4,000 agents just working this," the intelligence official said. "They're all over the place," arresting suspects "left and right, all over the place. Every day I get new list."

The suspects have been almost uniformly Arab, he said.

"Pretty much, except maybe for a very, very, very extremely few cases. You got a lot of collateral in there, too. You got copycats, you got these guys that, you know, have vendettas or whatever, against the U.S. government, and they got mixed in."

An FBI agent in the northeastern U.S. agreed.

"At the height of this thing, God help you if you stood near Niagara Falls with a camera, you know, and even looked Middle Eastern. We made a lot of stops on people, just to find out what the hell they were doing."

In this agent's jurisdiction, however, "A hundred percent of it turned out to be crap. I can't speak for all the field offices, but as far as I know, we haven't come up with any smoking gun, a guy standing near Hoover Dam with the pin pulled."

Jeff Stein is the coauthor, with Khidhir Hamza, of "Saddam's Bombmaker: The Daring Escape of the Man Who Built Iraq's Secret Weapon." He writes frequently for Salon on national security issues from Washington.