There is only one force that could be responsible for this man's undermining of the capitalist system! 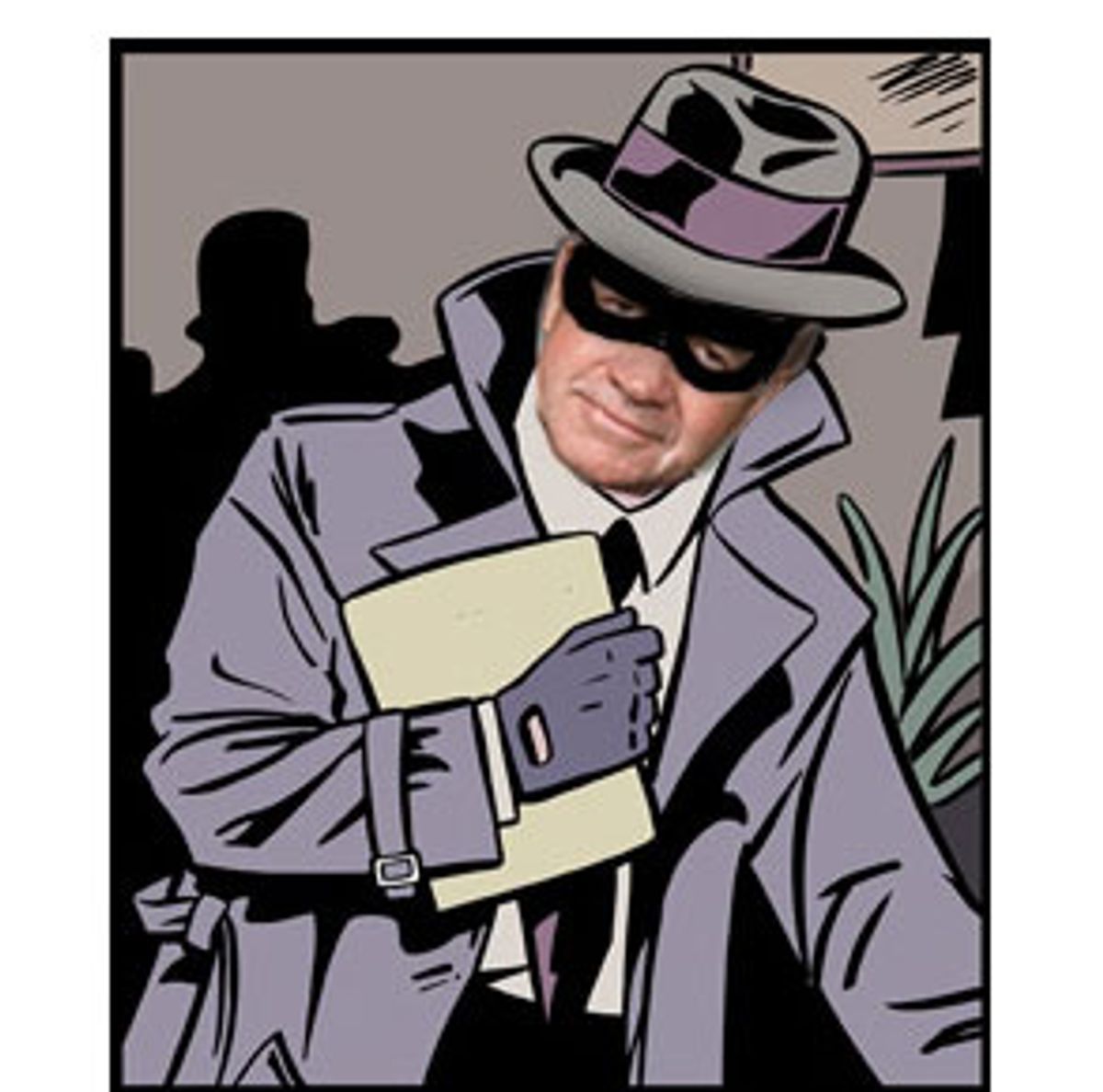 My fellow congressional leaders, a specter is haunting America -- the specter of Enron. A gang of economic terrorists, cloaking their activities under the guise of "innovation" and "deregulation," has undermined the basic principles upon which the economy of the United States is founded.

A glance at the falling stock market proves that a nation's trust in quarterly earnings reports has been shaken. No longer can we look to Wall Street for an honest appraisal of corporate health. Worst of all, decades of work devoted to freeing markets from the unhealthy influence of heavy-handed government intervention have been undermined by a band of renegades.

And as if that wasn't enough, the leader of this pirate mob has now committed his greatest indignity against the American people -- former Enron CEO Ken Lay is refusing to defend his actions before Congress. He may even follow the lead of his former employees, Andrew Fastow and Michael Kopper, and hide behind the protection of the Fifth Amendment.

Not since the Hollywood Ten refused to name names before the House Un-American Activities Committee has this nation witnessed such a brazen display of impudent pusillanimity. Let us recall -- even Oliver North had the guts to defend his actions before Congress. But of course, Oliver North is a true patriot, dedicated to defending the values that make this country great, whereas Ken Lay and company apparently care little about how vigorously they are dragging the American flag through the mud.

Some of my esteemed colleagues have made the feeble, and obviously political, argument that Ken Lay is no villain, but merely a symptom of larger, systemic problems. They would have us believe that Enron's excesses are a result of deregulation, and that the greed of Enron's executives is a natural corollary to a political ethos that holds tax cuts as the highest public good and exalts the maximization of profits as the sublimest expression of civic duty. While they might agree that Ken Lay's actions are unethical and possibly illegal, they see his behavior as a consequence of decades of special-interest lobbying and not as a gross departure from acceptable entrepreneurial standards.

To this I cry, "Have you no shame?" To turn the Enron debacle into a political football is vile demagoguery. It is an insult to every chief executive who has ever succeeded in steering his company to 20 percent annual growth and to every stock investor who has earned windfall profits from an IPO. To draw attention to Mr. Lay's political connections in the service of partisan bickering is nothing but a mockery of justice, and an attempt to disguise the perfidiousness that is at the core of Enron. I ask you, my fellow leaders, do not besmirch the capitalist ethic with the stain of Enron. No, our task here is far more important than the scoring of legislative points.

In this perilous age for our nation, we must be as alert to attacks from within as from without. It would be all too easy to focus so attentively on the axis of evil binding North Korea, Iran and Iraq together that we miss the equally challenging dangers posed by domestic villains. That is why I am calling today for the reestablishment of the House Un-American Activities Committee. For there is obviously nothing more un-American than Ken Lay. Is there a pillar of the American economy that has not been tarnished by Ken Lay?

Again, my colleagues would have you believe in their absurd notion that all politicians really are merely the pawns of their campaign contributors. Even more audaciously, they will stand here and thunder until their throats grow hoarse that the business press, Wall Street and the accounting industry are all equally to blame for the Enron mess, and that all of these problems are the fault of our elected leadership. The system, they whine incessantly, is broken. Greed is the only law of the land, they whimper.

Piffle! The litany of crimes committed by Ken Lay and his associates is too great to be explained away by the petty motivators of greed or avarice, and too evil to be blamed on the ludicrous bogeyman of "the system." No, my fellow Americans, it is clear that there is something far more insidious at work here. The damage wreaked against capitalism by Enron is so vast, so troubling in its extent and so awesome in its comprehensiveness, that we must look elsewhere for answers.

The American people demand those answers. Ken Lay's lawyer says he doesn't know his current whereabouts. Such delinquence is unacceptable! He must be brought before the highest elected officials of this land, whether it be of his own free will or hauled before a new, revived HUAC in leg irons and handcuffs.

He must be called to account, and when he does appear before Congress, God help him if he dares hide behind the Constitution when confronted with the obvious, pressing question of the day:

"Sir, are you now, or have you ever been, a member of the Communist Party?"