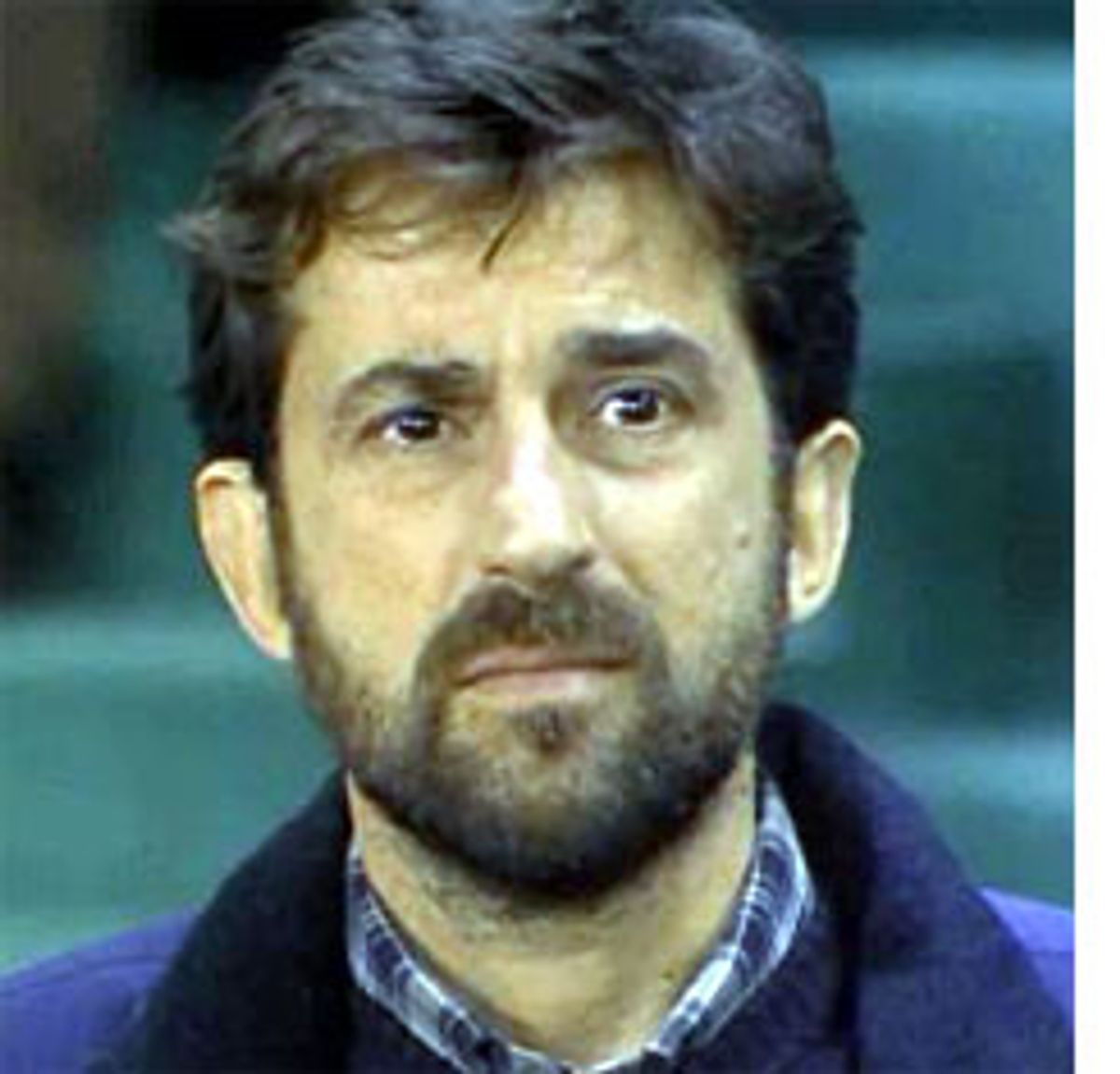 We've all seen those nice little European films, inoffensive and not at all innovative, that are marketed to draw the Dockers-and-Kate-Spade-handbag set out on a Sunday afternoon for a safely monitored dose of international culture. At times "The Son's Room," a drama directed by Italian filmmaker Nanni Moretti (he stars in the movie as well, and co-wrote the script), almost falls into that category -- but not quite.

Moretti takes a harrowing subject -- a family's grief when one of its younger members dies -- and handles it in a direct and earthy way, an approach that doesn't invite, or even allow, polite cluckings of sympathy from the audience. "The Son's Room" -- winner of the Palme d'Or at Cannes last spring -- isn't bold or daring, but it is delicately distinctive; it's the kind of picture that stirs subterranean rumbles of empathy in us rather than flashy, gushing waves.

Moretti plays Giovanni, a middle-aged psychoanalyst who's good at what he does as well as being a loving and attentive father. The family scenes of him and his wife, Paola (Laura Morante, in a finely wrought performance), and their two teenage kids, the athletic and vibrant Irene (Jasmine Trinca) and the more reserved Andrea (Giuseppe Sanfelice), settle into an easy and seductive rhythm. If it's not exactly a typical family, there's no doubt in our minds that this is a good way for a family to be, friendly and open with one another but respectful of one another's private secrets.

The movie opens with what may or may not be a betrayal of that familial trust: Andrea is accused of stealing a valuable fossil from his school's science department. Giovanni handles the matter wisely and efficiently, dealing diplomatically with the school while he tries to assess his son's version of the truth. It's a subtle way for Moretti, as a filmmaker, to ease into the bigger drama of his story. (Those who are ultrasensitive to spoilers should stop reading here, although there's no intelligent way to discuss "The Son's Room" without revealing the movie's pivotal incident.) Andrea dies in a freak accident, leaving his family to deal with their grief both as individuals and as a suddenly and jarringly incomplete whole.

Moretti spends enough time setting up the lyrical tides of the family dynamic that Andrea's loss feels jarring to us, too. Previously, as well, we've seen Giovanni with his patients, some of whom are a trial to him. What's interesting about those scenes is the way he lets us in on the dirty little secret that psychiatric professionals are people, too. As one patient drones on and on about her obsessive-compulsive behavior, Giovanni daydreams about leading her to the cupboard in his office, showing her the neatly arranged rows of sports shoes there (different ones for running, cycling, soccer and so on) and suggesting that with all her excess energy, she should simply take up a sport. "I'm just as boring as you are," he tells her in the daydream, and it's not a joke: He knows it to be true.

When Andrea dies, the space between Giovanni and his patients collapses and blurs further. A professional who's been trained to help others deal with life's crises, including grief, he finds himself floundering as he tries to deal with his own and that of his family. Irene, unsure what else to do, decides to have a mass said for Andrea as her own personal gesture: The priest's sermon (the usual folderol about "God's mysterious plan") only angers and frustrates Giovanni.

Paola's grieving seems both healthier and more out in the open, but as Morante plays her, sensitively and beautifully, you come to understand that it's really locked in a dark and secret part of her. She has to deal with it in her own way, a way that ultimately involves connecting with another woman outside the family.

Moretti -- who is often referred to as "Italy's Woody Allen" -- doesn't always seem to be giving much to the camera. Sometimes his dark beard and crop of hair appear to conceal all too much of his face. But as you watch him more closely, you see that he does plenty with his eyes alone. He redeems one potentially pedestrian scene in which, after Andreas' death, he stumbles through a carnival, feeling isolated and out of place in its garish, aggressive cheerfulness.

It's such a movie cliché -- the use of a fair or carnival to show one person's isolation -- that at first it almost makes you groan. But the way Moretti plays the scene (as well as shoots it), we end up connecting so much with Giovanni's iron will to connect that we forget we've seen this tired setup before. Giovanni believes he can bend grief into a manageable shape, and we see it in his eyes in the way he concentrates on the entreaties of a carnival barker or fixates on an old-fashioned-looking mechanical horse race. When we see him locked in one of those dreadful swinging-cage rides, the stony determination on his face is both horrible and heartbreaking: Giovanni is trying so desperately to feel something, anything, that he resorts to the simplest and crudest solutions.

"The Son's Room" is affecting precisely because it isn't a dark and dreary movie about death with a capital "D." (It's much more gently exploratory than Todd Field's "In the Bedroom," another recent picture that deals with a similar theme, and unlike that movie, it doesn't dig into class issues or deep-rooted family resentments.) And its ending is subtly uplifting, but not in a way that feels false or forced. Moretti shows us how we all try, despite our knowing better, to map the shape and size of the space a family member leaves when he or she dies. His conclusion, one that we all know in our hearts to begin with, is that the shape can't be mapped. If this is such an obvious revelation, then why is still it so reassuring?