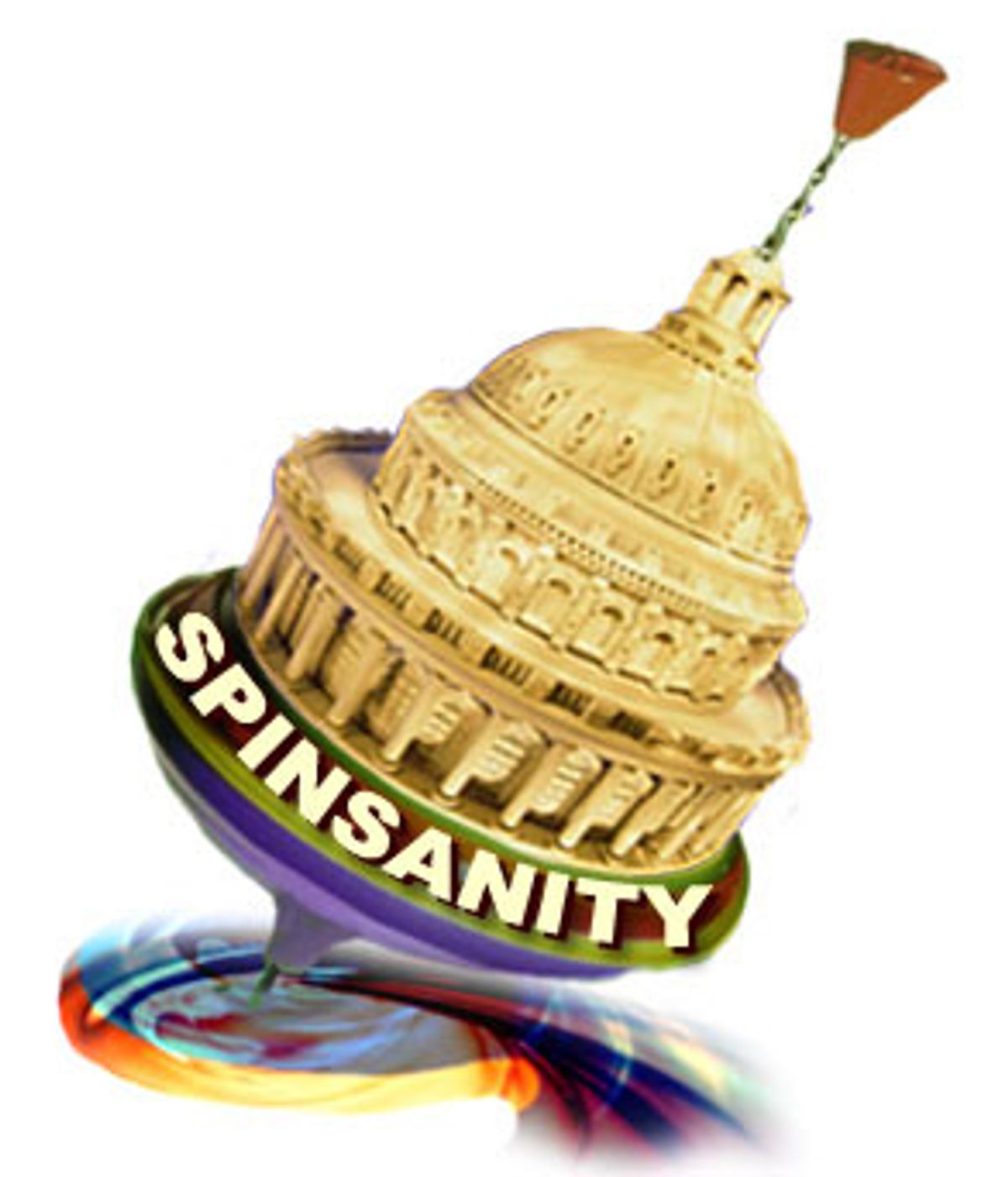 Spinsanity was launched last year by three politically inclined recent college grads -- Ben Fritz, Bryan Keefer and Brendan Nyhan -- who were turned off by what they saw as the pervasive dishonesty considered acceptable in politics. "Despite widespread complaints about spin," they wrote in their mission statement, "no one is adequately documenting the full ramifications of this development to our satisfaction."

Who would stop the insanity? They decided to try, launching their own site last April in their spare time, while keeping their day jobs. In less than a year, they've fashioned what they like to call "the nation's leading watchdog of manipulative political rhetoric."

We liked it an awful lot, too. And we're proud to announce that Spinsanity will now offer, exclusive to Salon, regular, nonpartisan slaps to factually challenged offenders in the media and higher office in weekly columns and frequent comments. For a short time, we'll be offering Spinsanity free to Salon readers, before eventually folding it in with our Premium news coverage.