Former CIA field officer Robert Baer, who left the agency in 1997 after more than 20 years, recounts his 1995 mission in northern Iraq. 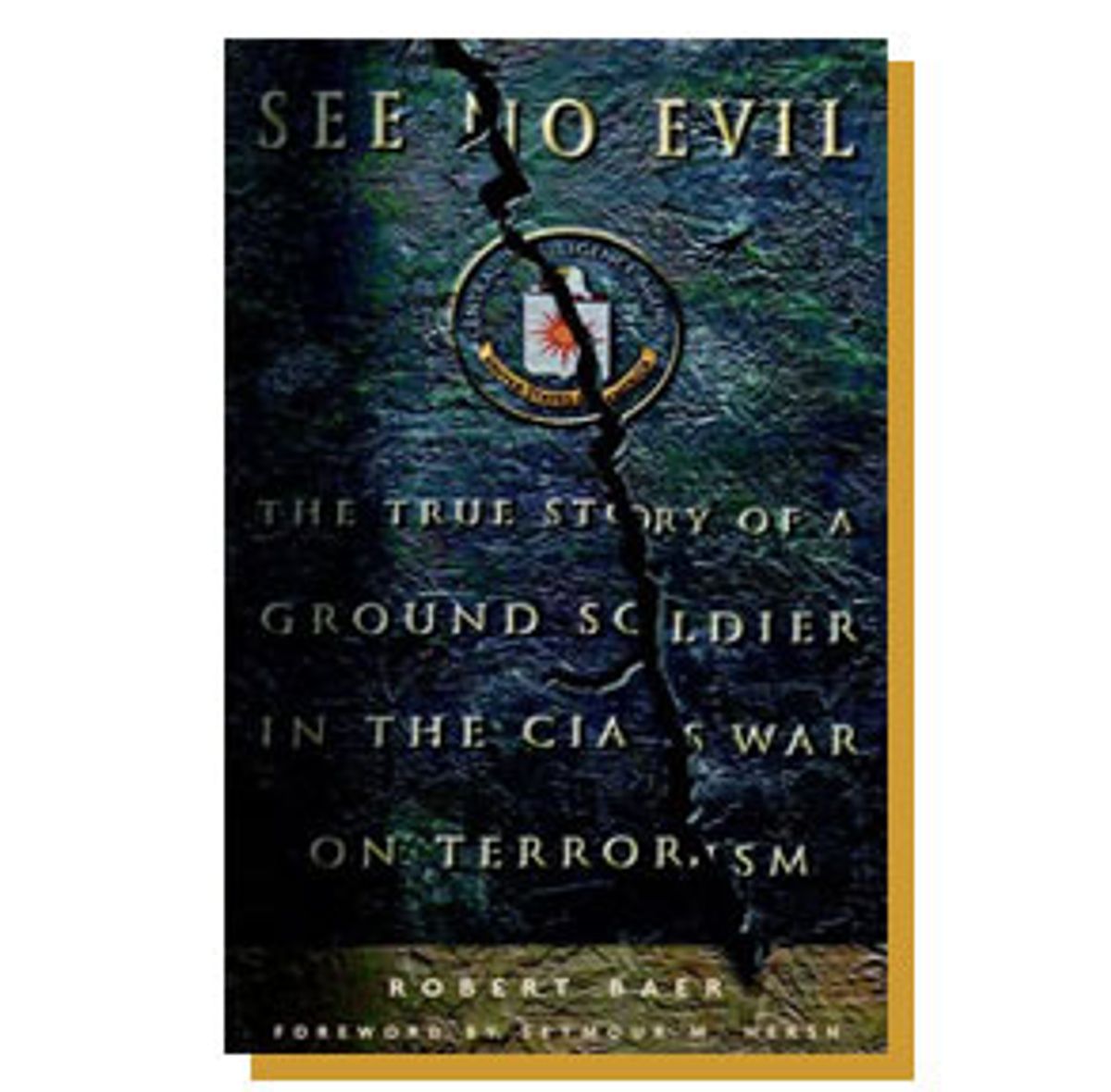 In "See No Evil," one of the CIA's top field officers of the past quarter-century recounts his career running agents in the back alleys of the Middle East. In the process, Robert Baer paints a chilling picture of how terrorism works on the inside and provides compelling evidence about how Washington politics sabotaged the CIA's efforts to root out the world's deadliest terrorists.

Baer was a case officer in the Directorate of Operations for the Central Intelligence Agency from 1976 to 1997. He served in places such as Iraq; Dushanbe, Tajikistan; Rabat, Morocco; Beirut, Lebanon; Khartoum, Sudan; and New Delhi, India, and received the Career Intelligence Medal in 1997.

In the preface to "See No Evil" Baer states: "The CIA was systematically destroyed by political correctness, by petty Beltway wars, by careerism, and much more. At a time when terrorist threats were compounding globally, the agency that should have been monitoring them was being scrubbed clean instead. Americans were making too much money to bother. Life was good. The White House and the National Security Council became cathedrals of commerce where the interests of big business outweighed the interests of protecting American citizens at home and abroad. Defanged and dispirited, the CIA went along for the ride. And then on September 11, 2001, the reckoning for such vast carelessness was presented for all the world to see."

In the following excerpt from "See No Evil" (Random House Audio), Baer recounts the beginning of his 1995 mission in northern Iraq.