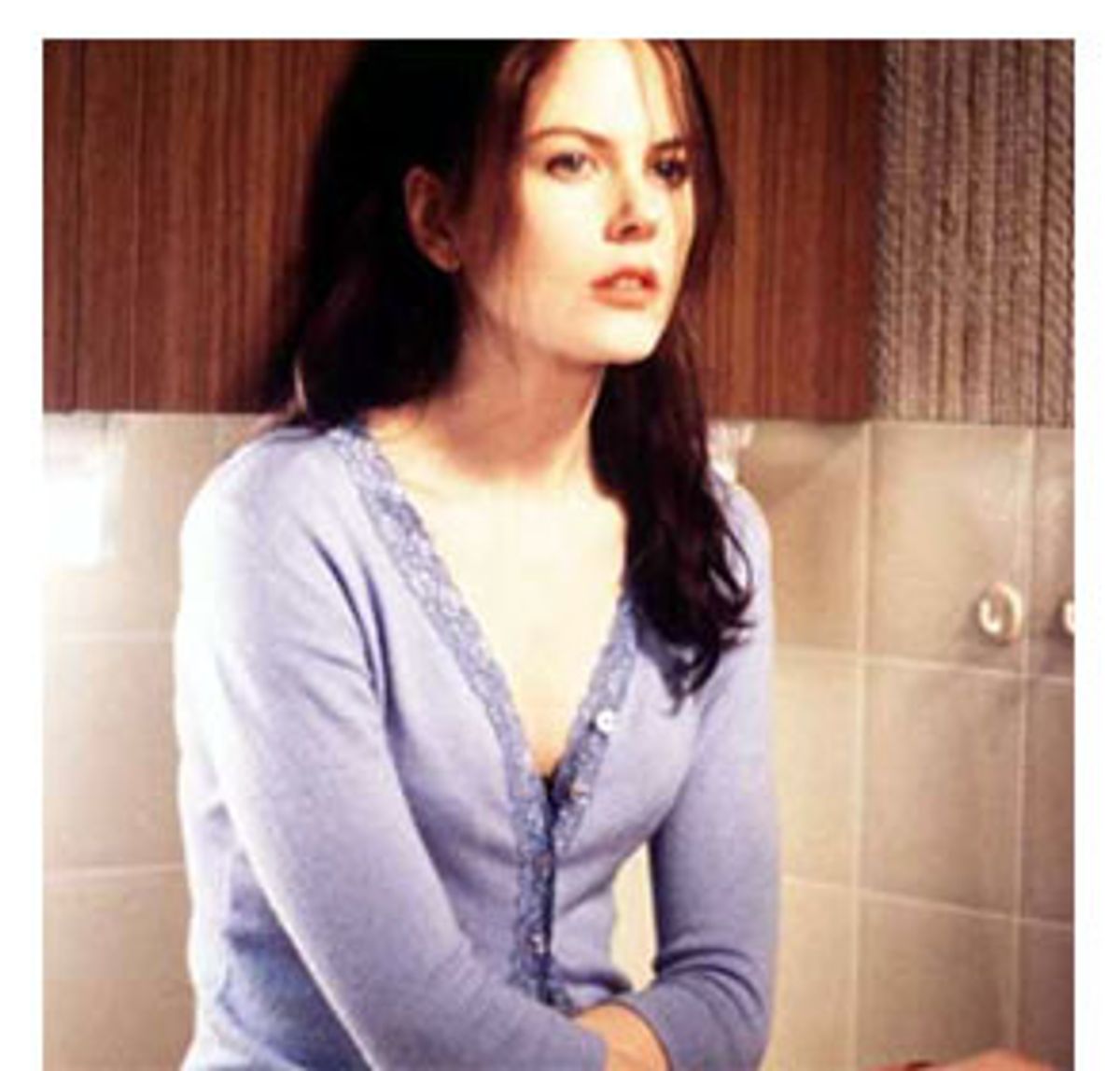 This is a moment in the movie year when audiences can easily be fooled by the weight of Oscar advertising. So "Birthday Girl" is getting squeezed off the pages (and maybe out of theaters). That master of Academy promotion, Miramax, would be happy to see the best actress Oscar go to someone in one of "its" films -- Sissy Spacek in "In the Bedroom" or Judi Dench in "Iris." So it's not exactly pushing another of its films, the small, modest, sly, English "Birthday Girl" (in part because it could draw attention to another Oscar rival, Nicole Kidman in "Moulin Rouge"). But dont be misled. There's nothing around at the moment (not even Halle Berry in "Monster's Ball") as piquant, sexy and starry as "Birthday Girl."

Berry is tremendous in "Monster's Ball." But having gone back to that strange picture again, I saw her performance soaring above a series of woeful narrative implausibilities. I feel for her in the film, but I don't believe too much else of what I'm seeing. Whereas "Birthday Girl" is a smart, witty trifle so arranged and contrived as to showcase the fact that Nicole Kidman is now an authentic star -- and one of the very few we have. Not much about "Birthday Girl" asks you to summon or bother with belief. It doesnt matter; youre having too good a time. All the picture has in mind is to show us that Kidman can now get away with, or carry, anything.

A sad and lonely young man, a pillar of the bank where he works in provincial St. Alban's, in England, has bestirred himself to consider a mail-order bride from Russia. He collects her at Heathrow, and there she stands, a divine creation of trashy clothes, exposed midriff and lanky insouciance. She's Lolita doing Anna Karenina -- a slut goddess, an instant alarm bell, yet a monster of seduction despite the plastic clothes, the sulky come-on behind the teenage makeup and the wonderful playfulness that quickly takes us over as we ask ourselves whether that is really Aussie Kidman doing the melodious, conspiratorial Russian voice.

Of course it is, and of course it's her. The masquerade is as much a part of the fun as it was when Garbo "did" Ninotchka in 1939. And, as it turns out, Kidman's "Birthday Girl" will have a very similar mix of hard and soft, cold and warm, within her. It all goes to show that no matter how much glasnost there is, we still prefer the Lubitsch-like romance about Russian girls.

"Birthday Girl" is a self-declared fantasy. The English boy and the Russian girl share not one word of common language. No matter. She knows where a banker's emotional vault is, and when she discovers his cache of pornographic videotapes she knows just the act to run for him -- whereupon, we get that brief gift of naked Kidman that we (and she) have come to expect. Of course, like all fantasies, there is an inner intrigue yet to break open -- it comes in the sudden arrival of two guys from Russia, old pals and rascals. I won't spoil the story by going any further, but I will add that "Birthday Girl" is one of the few modern movies I know that both deserves and requires a sequel.

The reason to see "Birthday Girl" is to enjoy Kidman stretching and expanding in a simple exercise. (There are other virtues, including Ben Chaplin as the boy.) But no one has been vain or foolish enough to get in Kidman's way or interfere with her scheming over the infinite variations on the tart with a heart. The sexiness is now so confident, so gentle even, that you know Kidman has reached that point of trusting her own gradual emergence as a real woman wrapped up in femme fatale trappings. You feel how far she has intuitively grasped her own rapport with cameras, the way they like her naughtiness and her naiveté. And theres no strain or awkwardness in balancing the two.

As you may recall, this is her third opening in less than a year: "Moulin Rouge" and "The Others" were the other two. The range is astonishing, and I do not think Academy voters will fail to notice that. "Birthday Girl" may get passed over in some places; it is far more entertaining than the advertising discretion would suggest. But it is the film voters may be seeing as they cast their ballots. Maybe that's chance. Or maybe it's one more sign that Nicole Kidman now knows exactly what she's doing.