Princess Margaret was the only royal of her day with any sex appeal at all. 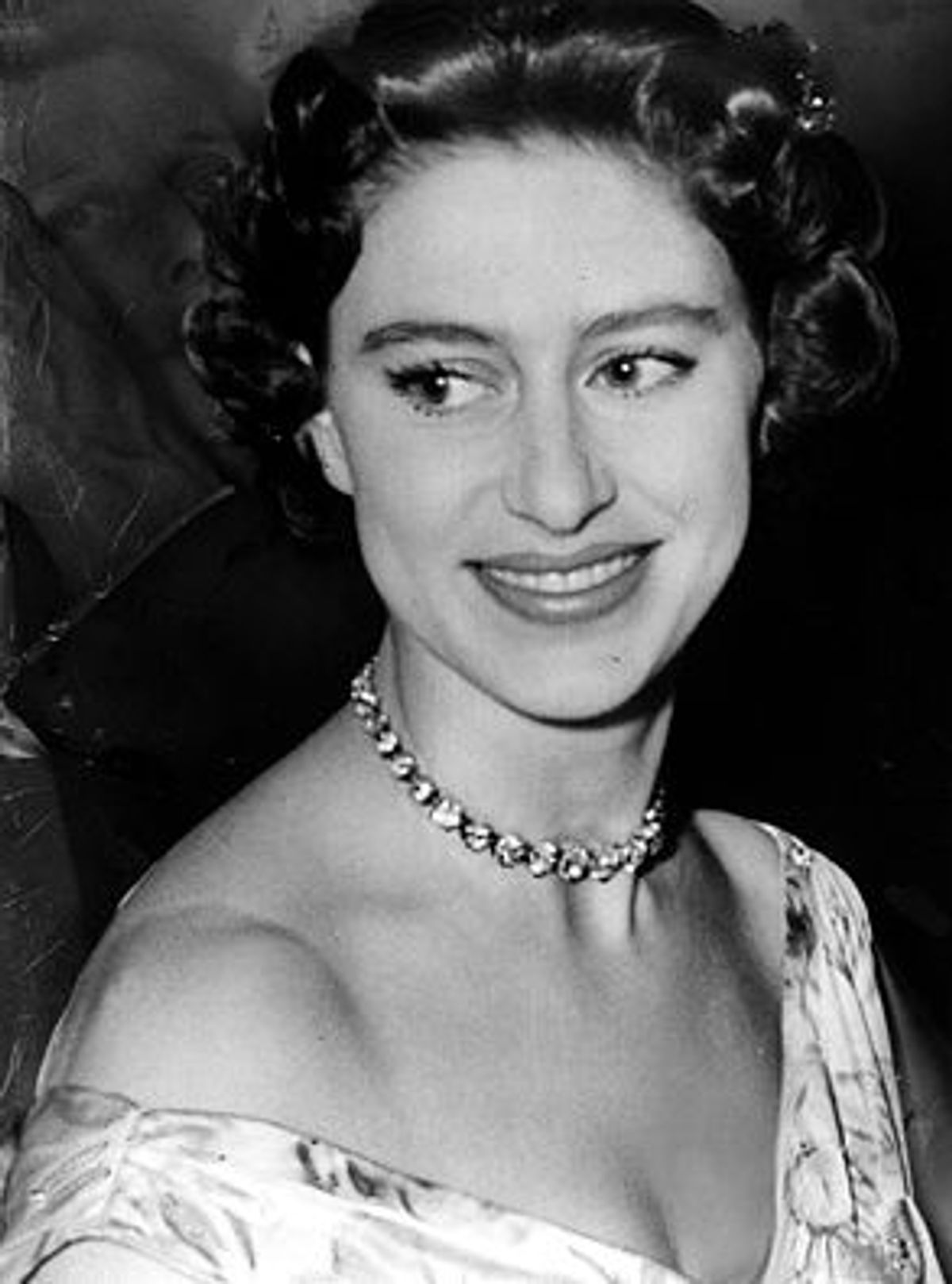 The Princess Margaret who died in Britain a couple of weeks ago was a liability and a problem. Her nearest and dearest came close to admitting their relief at her departure -- for she had been affected for several years by debilitating strokes; for far longer than that by her reliance on liquor; and for most of her adult life by an inescapable sense of tragedy.

Still and all, in her own odd moment -- in the 1950s, and especially in the years after her sister, Elizabeth, became queen -- Margaret was the sexy member of the royal family. Indeed, granted that the notion (or accusation) of being "sexy" was a postwar phenomenon, it may be that she was the first member of her House of Windsor ever given that label. And maybe the only one. This may be a modest attribute, but there's no reason to forget it or her brief season of forlorn prettiness.

She was 21 when her father, George VI, died, and her sister became queen. She was already a little too far down the line of succession to have any prospect of the throne -- she was aunt to Prince Charles and Princess Anne, and they had precedence. For the rest of time, she would only slip further down the line, and grow older. But no one really found glamour or charisma in her sister, the queen. Elizabeth was so fixed in duty from such an early age -- and she is there still, stubbornly refusing to acknowledge all the ways in which British royalty has lost power, prestige and magic, despite her own steadfast example.

Margaret was prettier (never quite beautiful), but with small hints of waywardness or will that attracted what was still a very prim British press. I can recall an occasion when Princess Margaret reviewed some regiment on a breezy London day, when the wind blew up her A-line dress. There was a glimpse of petticoat, perhaps even an inch or two of thigh. This was at a time when movie magazines regularly offered people like Joan Collins in cursory bathing suits -- though it was long before any British newspapers had gone over to the nude pictures they now throw in the public face.

There was a thrill over Margaret's flesh, and it was a sign of her hopeless plight that all she had to do was review regiments, open schools or visit the colonies and wait for some naughty breeze to catch her unawares. Official commentary added that it was a sign of her "flightiness," her sexiness even, that she had not carefully added weights to the hems of her frocks so that no wind had a chance of provoking the unruly lusts of her subjects.

This was prelude to Peter Townsend. He was -- if you like -- perfect Dirk Bogarde casting, an equerry to her father, a former, decorated pilot in the Royal Air Force, but a man who had been married once before and divorced. He was deemed unsuitable, just because the royal family were supposed to ignore divorce. Her own uncle, Edward VIII, David to the family, the Duke of Windsor to the rest of us, was the great warning example to the family for the way he had given up crown and duty to marry the American divorcée Mrs. Wallis Simpson.

That Edward VIII had abdicated. The story is still that he had acted for love (no matter that recent books have alleged that Mrs. Simpson actually had male sex organs, and that she humiliated her duke by a love affair with a notorious homosexual). In truth, I think Edward stepped aside as much because he thought being royal was ridiculous, antiquated and impossible.

In a kinder world, more sympathetic to the impossibility of being royal, Margaret and Townsend would have been permitted. But, on advice, Queen Elizabeth forbade the union. So Margaret was thwarted -- and so, it is said, she gave up the ghost of happiness. Her life went on. She married a society photographer; she had two children; she divorced and had "unseemly" affairs.

Meanwhile, apparently, her sister loathed the burden of having had to say no, resented the loss of her young sister's natural affection and could never be as stern about "proper" royal marriage thereafter. Thus, it is claimed, her own children had one bad marriage after another.

What it all shows, of course, is that members of the British royal family are public figures -- regularly depicted in the press and on television -- who do not really have the right to be sexy, or even sexual. There is no better reason for doing away with them. No self-regarding democracy or defender of human rights can tolerate any of its citizens trapped in such slavery.