Arliss Howard makes his directing debut -- and Debra Winger returns to the big screen -- with a ragged, affectionate tale of Southern life. 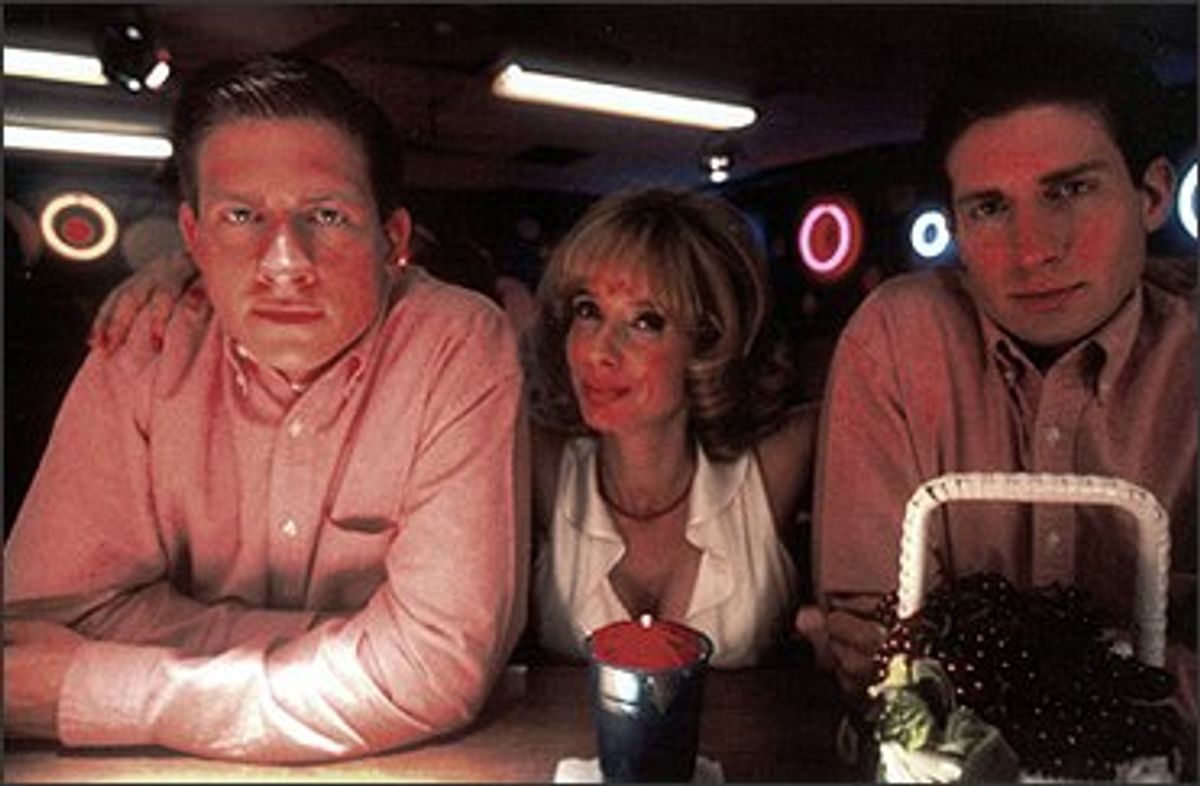 There's a ramshackle grace to Arliss Howard's "Big Bad Love," and it's made with an accurate and loving, but also wary and squinty-eyed, view of the South. If only the movie hung together better overall. Based on a collection of short stories by Mississippi writer Larry Brown, "Big Bad Love" starts out at a dozy, fly-buzzing pace that artfully manages to hold you -- I felt lured into its spell in its first half-hour. But before long the picture starts to feel raggedy and misshapen and somewhat forced; bits of the story seem to break off and dangle before our very eyes. It's the kind of messiness that makes you feel restless instead of energized.

Yet there's enough meat on the bones of "Big Bad Love" -- which opens this week in New York and should spread gradually to other cities -- to keep it from being dismissable. Howard (perhaps best known to audiences from "Full Metal Jacket," though he also played Mel Gibson's treacherous cousin in "Tequila Sunrise") directed and stars in "Big Bad Love"; he also co-wrote the script with James Howard, his brother. Arliss Howard plays Leon Barlow, a down-and-out, alcoholic Vietnam vet and aspiring writer who may be an extremely bright autodidact or a Southern prep-school kid who's just decided to slum it. It's never quite clear which, considering that his nicely preserved, bleached-blond mother (played with lots of crackle by Angie Dickinson) looks like money, whether she actually has any or not.

Barlow is still desperately in love with his ex-wife Marilyn (Debra Winger, Howard's wife in real life), who wants nothing to do with him. He tries to do right by his two young kids, one of whom is rather sickly, but Marilyn won't give him a chance. He has a loyal friend in his old buddy Monroe (Paul Le Mat), and the happiest moments of his sozzled life seem to be the ones he spends tooling around with Monroe and his shapely sweetie Velma (Rosanna Arquette), stopping off for picnics in football fields and the like.

Oddly enough, "Big Bad Love" is best when there's not much happening and you're free to simply enjoy the actors. You might find yourself wishing that Barlow could find a way to change his circumstances without being struck by a double tragedy, which is just what happens -- but then, that's the stuff that fiction, the movies and, sometimes, real life are made of.

One problem is that one of the characters Barlow is supposed to care desperately about is barely developed -- we can't feel the absence of someone we never really get to know. It's a failure that may stem from decency: My guess is that Howard didn't want to milk sympathy from his audience, which is purely admirable. But more seasoned filmmakers (this is Howard's directorial debut) would have found a way to make the character's loss more resonant, instead of merely a plot device.

Some of Howard's more experimental touches fail, like his forays into magic realism, Southern-style. (At one point, a torrential downpour falls on Barlow, indoors, as a reflection of his mental state, and the metaphor is just too heavy and obvious.) The dialogue feels stiff and expository at times, but other times it's raw-boned and funny, as when Barlow receives an encouraging rejection letter from a publishing house that reads in part, "None of us knew what the title 'White Girls With Black Asses' really meant."

Sometimes Howard's instincts are right on, as when, depressed and sodden with alcohol, Barlow watches his wedding video backward: We start out seeing a younger, happier Barlow and Marilyn kissing and cutting up in their wedding clothes. Then we move forward (and thus backward) to see Barlow waiting for his bride, alone, shuffling along in the graveyard near the church.

And if nothing else, "Big Bad Love" does capture the lazy rush of the South's pulse, unlike another recent picture about the region, Marc Forster's "Monster's Ball." The terrific soundtrack (which includes music by R.L. Burnside, Junior Kimbrough and Tom Waits) doesn't hurt. And even more important, all of the actors are able to ease into the rhythm of that pulse: Howard wears the hair that's left on his balding pate swept back into a long ponytail that's part doomed poet and part '60s rebel, but mostly just as gone as the old South itself. His performance ticks along beautifully -- Howard lets us see the layers of mournfulness beneath the surface of Barlow's gnarled anger.

Winger, who has of her own volition almost completely disappeared from the movies, brings just the right level of rough-edged, no-nonsense vulnerability to her character. Arquette plays a cutie-pie with depth: You just know there's lots of good sense beneath her debutante crinolines. And Le Mat, another actor who surfaces all too infrequently, has a raffish, lackadaisical, gum-chewing charm -- he's wonderful to watch. The four of them keep "Big Bad Love" rolling even over the bumpy patches. You might see better performances this year -- but you're not likely to see many with so much cranky love poured into them.