A woman decides to have a child knowing that she's about to descend into dementia. That's morally indefensible. 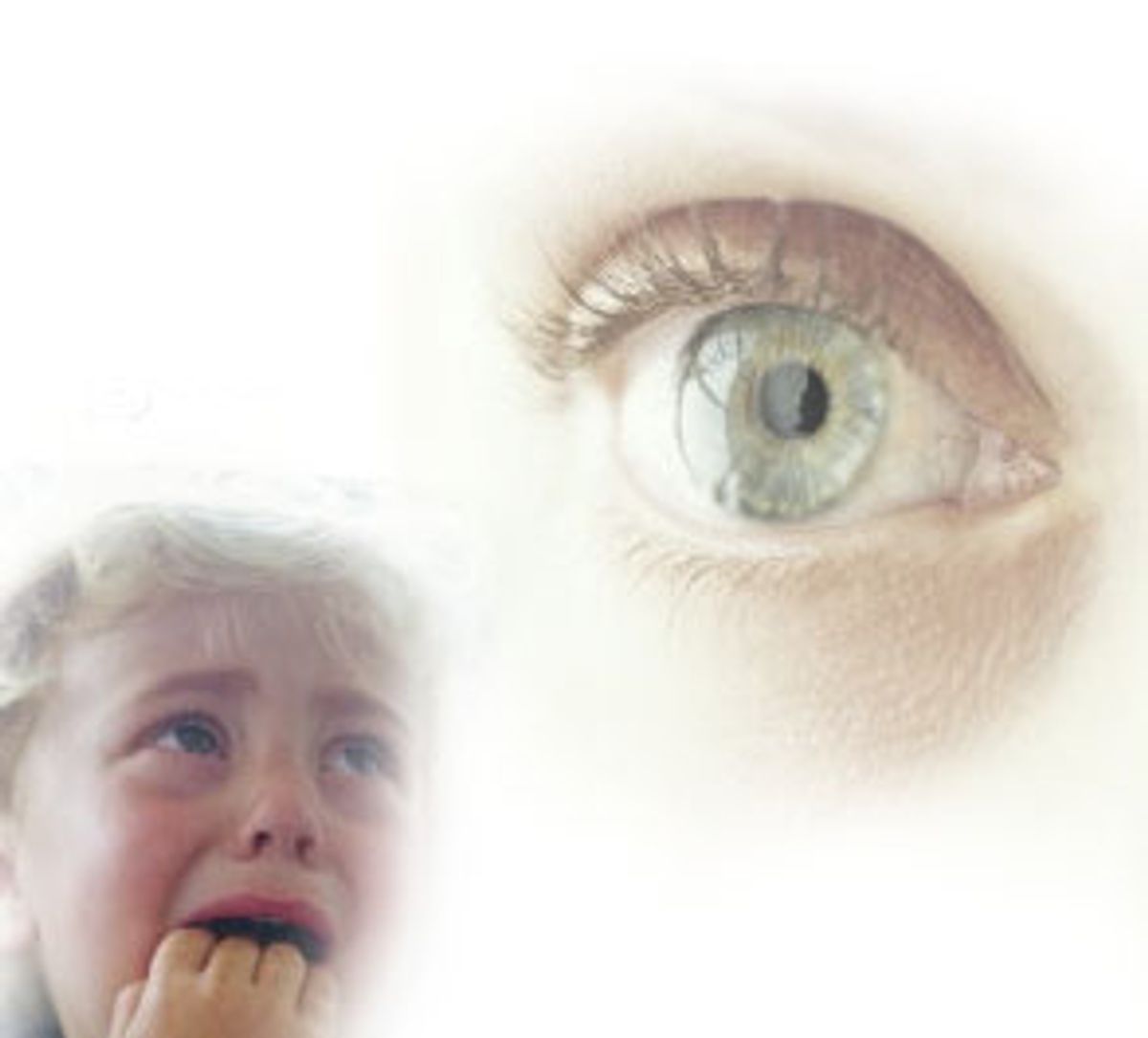 Children are victimized all over the planet in myriad ways. In the chaos of war, famine and forced migration, they are killed, starved, neglected or sexually exploited. Just yesterday, in a report released by the United Nations, it was revealed that officials in West African refugee camps routinely demand sex from children in exchange for the food and medicine they need to survive.

On another page of the same newspaper, there was a story about a 30-year-old woman, destined by genetic inheritance to suffer from early-onset Alzheimer's disease, who gave birth to a baby girl who was screened as an embryo to make sure she did not carry the same rare gene. This was meant to be a triumphant announcement, a new feat of reproductive technology reported with pride by the woman's doctors in the Journal of American Medical Association (JAMA). But in many ways, it is one more story about the victimization of children, another report of the powerful deriving satisfaction from the powerless in a self-serving act of cruelty.

By the grace of medical wizardry, this woman can be certain that her child will be spared a fate that already has ravaged her family, hitting her sister, brother and father, who died at 42. She took the commendable step of protecting her baby from physical illness. But when her daughter's embryo was implanted in her womb, she also knew that within a few years, it is very likely that she will no longer be able to care for her child, or even recognize her.

Here, then, is not just a helpful means of ensuring the health of a child before birth, but a new and novel form of exploitation, in which the exploiter literally creates the subject of her exploitation. Here, too, is a painful illustration of how reproductive rights, a crucial and always fragile aspect of our democracy, will inevitably involve incidents of brutality, particularly when it comes to citizens without a vote, or, in many cases, the ability to speak.

Anyone who knows anything about Alzheimer's, particularly the rare, early-onset form of the disease, is familiar with its heartbreaking and frightening symptoms, as well as the toll that the disease takes on a victim's family, even after the victim has traded terror and misery for obliviousness. There is very little official data available about the effects on children of having parents who suffer from Alzheimer's, but anecdotal information is widely available through support groups, books and articles that feature sufferers of the disease and their loved ones. While reporting a story in 1994 about early-onset Alzheimer's, I spent a great deal of time with the spouses and children of sufferers, and conducted a few interviews with people in the early stages of the disease. Over and over, the children of stricken parents described the fear and despair that builds as a mother or father goes deeper into dementia, and then, in a chilling moment that defies description, fails to recognize his or her children. None of these children found their misery compounded by the knowledge that their suffering was prearranged.

Most often, the deterioration and loss happen when children are old enough to have expanded their universe beyond their immediate family, when parents are no longer the exclusive or most crucial providers of attention, love, sustenance, knowledge or care. In the case of the young mother in the JAMA report, who has chosen to have a child in spite of her likely fate, it is almost certain that she will begin to show signs of dementia within a few years, meaning that her daughter will be a preschooler when she begins to witness her mother's mental deterioration and decline toward death. This is the terrible burden of all young children whose parents are stricken with debilitating or terminal diseases -- but how often has the parent chosen this fate for a child, assuming, perhaps, that no matter how damaging the experience of living, every child would rather exist than never have been born?

It is hard to imagine what it will be like for a young girl to see her mother struggle with this disease, to find that her mother no longer knows her -- her past, her habits, her fears. It also is hard to imagine that a woman with intimate knowledge of the devastating effects of the disease would decide to have a child in full knowledge of the trauma she is about to endure. Perhaps she and her husband have a strategy for insulating their daughter from her mother's suffering; perhaps they have a plan to prepare her for her mother's decline and disappearance. Perhaps they chose to gamble, betting that, even with the presence of the gene and the tragic family history, they will somehow, miraculously, dodge the early-onset bullet. What we know for sure is that they also had the opportunity to spare a child completely, to respectfully refrain from gambling with the well-being of another human being.

Neither the woman nor her husband were available for interviews, but Dr. Yuri Verlinsky, who performed the screening and implantation of the embryo with associates from two private clinics in Chicago, has said that the pair took weeks and months to mull over their decision.

Verlinsky, whose decision to facilitate the pregnancy was questioned in a short commentary in the same issue of JAMA, has defended the move. His responses to criticism, as reported in the New York Times, have the impudent ring of a kid who, after beating up a classmate, blurts out: "It's a free country!" and moves on to his next victim. Asked if he had any reservations about treating the couple, Verlinsky said, "It's totally up to the patient," adding that single-parent families like this one would ultimately be increasingly common.

Presumably the only deal-breaker for Verlinsky and his colleagues would be a patient's inability to lay down the $12,000 that a foray into reproductive assistance usually costs. And this is definitely about money and engineering babies. As one of the authors of the JAMA commentary pointed out, if this same woman attempted to adopt a child, she would mostly likely be turned away. "Our society essentially holds the position that, gee, no, we wouldn't let her do this, wouldn't let her subject a child to this," Dr. Roberta Springer Lowey, a bioethicist at University of California, Davis, told the New York Times. "But because this is coming from her own loins, this is something we shouldn't have a say about?" Apparently not, at least not when the birth is bought and paid for through the flexible offices of a private fertility clinic.

In the Wild West of reproductive technology, money talks, often at a volume that seems to drown out the consideration of a child's best interests. This is a service offered to adults whose reasons for having a child and fitness for parenting are not questioned; such a practice, say those in the field, would constitute discrimination. Sean Tipton, spokesman for the American Society for Reproductive Medicine (ASRM), said in an interview about the JAMA article that it would be wrong "to evaluate the competence or motivations of people who want to become parents." The members of his organization, he said, strongly believe that there should be "no legal or ethical barriers to parenting."

And I couldn't agree more, which is why this piece of writing is not aimed at curtailing a woman's -- or a man's -- right to choose. Instead it is a lament, replete with scolding, that is fueled by sadness. Tipton says, "I have seen some Ivory Tower academic types who like to talk about 'There ought to be a law,' but when you really sit down and look at implications of having government dictate reproductive decisions, it quickly gets very frightening." And he is right. The only law governing these cases is compassion and the Hippocratic Oath: Does a doctor apply it only to the patient standing before him, or does he extend it to the patient he is about to create? Ostensibly, that would be up to the doctor, who might conceivably decline to perform a procedure that offers a woman several years of child-rearing that she will completely forget in exchange for the potential emotional devastation of a child.

I would never suggest that this poor woman's selfish act should result in the suspension of our reproductive rights. It is a free country, though freer for some, certainly, than others. Instead, I mourn for this child, who has been spared the prospect of early dementia, but consigned to a childhood of memories she might wish to forget.