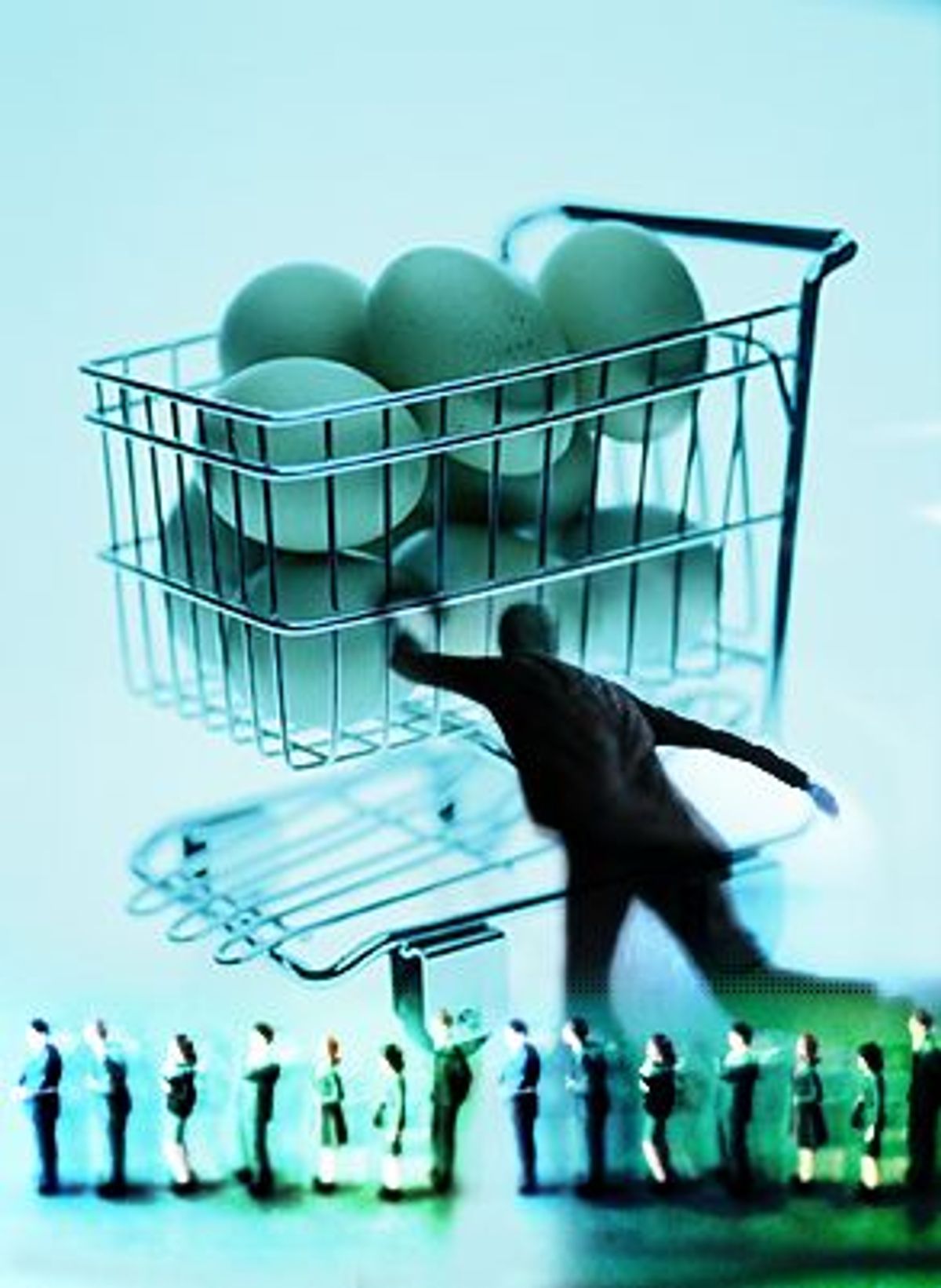 Perhaps the most disturbing stories to come out of the Enron collapse were the tales of employees whose retirement plans were decimated when Enron stock became virtually worthless. Employees lost an estimated $1 billion after Enron stock went into free fall, and during one key period they were actually prevented from selling any stock at all in their 401K plans.

Their plight made for good television and even drew President Bush's personal sympathy. But many of the proposed remedies currently circulating in Congress that are aimed at avoiding future Enron-style catastrophes run the risk of doing more harm than good.

Enron employees "lost" millions because their company was grossly mismanaged, and its executives appear to have committed fraud. But what often disappears in the white noise surrounding the Enron collapse is the fact that the stock they were prevented from selling was given to them by the company in the first place. And the huge gains in value represented by the surge in Enron's stock price over the years were never that real to begin with, given the rampant book-cooking Enron's executives engaged in. Furthermore, is it necessary to pass laws to protect employees from doing things like committing even more of their 401K portfolio to their employer's stock than they have to?

No matter. Congress is now determined to legislate against stupid investing.

Sens. Barbara Boxer, D-Calif., and Jon Corzine, D-N.J., are supporting reforms that cap at 20 percent the amount of company stock an employee can hold in his or her 401K plan. Their bill would also cut by 50 percent the tax deduction companies receive for contributing stock to an employee's retirement plan.

Reps. Gene Green, D-Texas, and Peter Deutsch, D-Fla., are co-sponsoring legislation that would cap the amount of company stock at 10 percent, but that would only affect employee contributions. Green told the Houston Chronicle he wanted those limits "so you just don't put all your eggs in one basket."

Companies do receive tax benefits from offering company stock to employees, but a company match on a 401K plan is essentially gravy. Critics are worried that by trying to ensure that employees don't "put all their eggs in one basket," as Green put it, Congress may kill the goose that lays those eggs in the process.

"The Boxer-Corzine bill would be the kiss of death to employer matching contributions," said James Klein, president of the American Benefits Council, in a recent interview with Money magazine.

The bill would also allow employees to diversify out of matched contributions in the company's stock after 90 days instead of waiting until they're in their 50s as Enron's plan did and many other plans still do.

The White House has signed off on that basic premise, with a slightly different time line. Bush's reform plan would allow workers to sell any stock their company contributes to their retirement plan after three years.

"Companies that contribute stock to employee 401K's should not be permitted to lock their employees into owning that stock for years and years," Bush said in a speech in Iowa Friday. "Company officers should not be allowed to sell their own company stock when workers cannot."

The proposed Boxer-Corzine reforms represent the worst part of left-wing political orthodoxy -- that individuals aren't smart enough to live their own lives. Keep in mind, we are not talking about Social Security, the safety net for American retirement. Boxer and Corzine are essentially trying to place limits on the gifts and incentives a company can offer its employees.

Many in Congress agree with Klein that proposed fixes like the Boxer-Corzine plan will be worse than the original problem. New restrictions, they say, would effectively keep companies from providing any sort of stock match at all.

"I am sick and tired of the liberals trying to protect Americans from themselves," said Rep. Sam Johnson, R-Texas. "Well-intentioned legislative tinkering would be harmful to the voluntary contribution system that has helped the baby boomers save for their golden years."

A Corzine spokesman denied his boss's bill would have a harmful effect on the voluntary retirement plans. "The senator doesn't buy that argument," said Corzine spokesman Darius Goore. "The incentive for the match comes from competitive pressures in the market. Companies have to compete for employees. That's what drives them to match contributions in 401K's."

But by that logic, restricting the amount a company could contribute would be tantamount to hampering its ability to compete in the free market. Is that really what Congress wants to achieve? Maybe legislators ought to be focusing on a more fundamental problem -- imposing the kind of oversight on corporations that prevents them from getting away with the flimsy accounting that ends up causing far more damage than just a few busted 401K plans.