I've been thinking of the opening shot of "Bay of Angels" for the last 40 years. 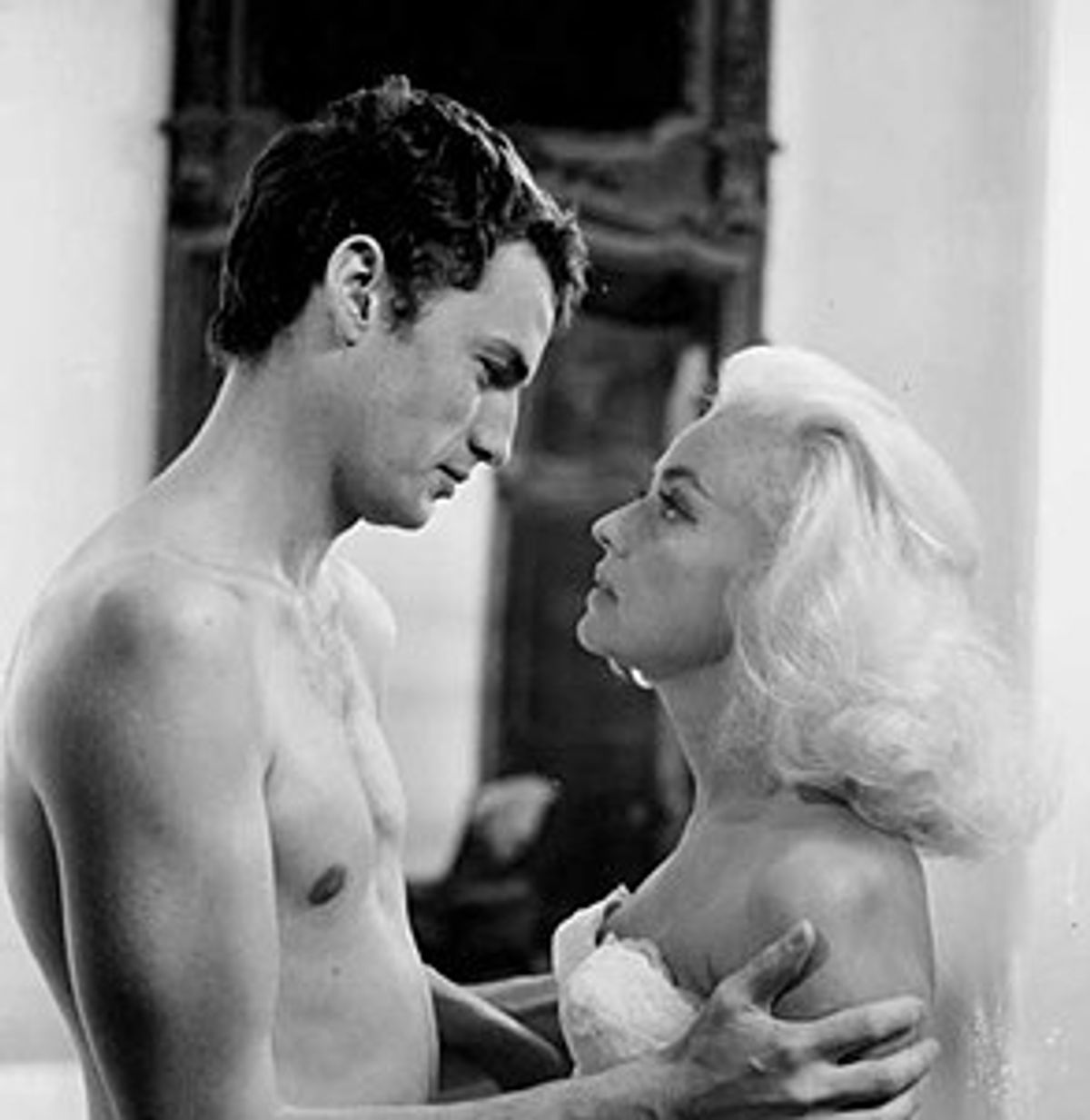 They do things differently in France. In America, the casino is a strange mixture of stock exchange and brothel, where the customers wear Bermuda shorts and T-shirts proclaiming huge allegiance to unknown universities. But in France -- according to the revival of the sublime 1963 movie "Bay of Angels" -- the casino is far more like a preparatory funeral home, where clients patiently await their embalmer's turn; it is like a kind of cathedral, hushed, fragrant, the liturgy known by heart, the gradual clarification of loss and ruin briefly illuminated by the spasm of wins along the way. You could call it a Marxist church, one where the decadent, half-dead rich sign away their last banknotes without protest or nostalgia.

There are tender moments in a life of film-going, and here is one: In 1963, I knew little about Jacques Demy except that he had opened his account with the exquisite "Lola" (also now due for rerelease), and here was his second picture, "Bay of Angels," a rapture on gambling and romance. Still to come was "The Umbrellas of Cherbourg" and so on. With "Bay of Angels," which is all of 79 minutes (and richly sufficient), one had the feeling that the young Demy made only perfect films.

For nearly 40 years I recollected the film's opening shot, with Jeanne Moreau in white hair, walking alone on the Promenade at Nice. She is seen first in an iris circle on the wide screen. Then the screen fills out and the camera tracking back ahead of her hurtles away to the cascading, whirling figures of Michel Legrand's piano score. The shot is there as I recalled it, and it is still one of the most exhilarating, giddy and frightening moments in cinema history. It may be the screen's best expression of the madness called gambling. You have to see this film, and have it suck you away.

A young man, the kind of very beautiful young man favored by Demy (he was gay), works in a bank, while living with his strict father. He feels that life is passing him by. So he takes his summer vacation money and goes south, to the Bay of Angels, the Riviera, to Cannes, Nice, Juan-les-Pins and Monte Carlo. He has never gambled; he reckons he can take it or leave it. But he cannot quite resist the tremor he feels in the air around gambling -- that intimation that everything might be altered (or rearranged).

He meets an older woman, Jackie (Jeanne Moreau), a divorcée, a woman who is not allowed custody of her own child. It is one of Moreau's greatest roles. For most of the film she is on high heels, in an elegant, tight, white suit, with hair the color of sand in the sun. But she is a lone wolf, desperate, and a receptacle for all of Moreau's toughness. I did not see or feel this in 1963, but I think it is clearer, now, that she is nearly a man in drag, a man who takes winning, luxury, the best hotel, new clothes and champagne in her stride, and who ignores losses the way she never notices how she has aged and how decay is waiting behind her black eyes. It is a great performance, and it is one of Moreau's coups that she never bothers to look, to watch, while the wheel is turning and the ball dithering. She simply waits for the croupier's flat report of the number. She knows she lives and dies in those tumbling seconds, like a cork bobbing on Legrand's ecstatic music.

You have to see this film.

The ending is a cop-out, as it always was. It was the young Demy's way of saying, well, of course, this couple have to be together, for ever and ever. And forever. And of course they're just a boy and a woman who can walk away from the casino as if they were walking out of the church, married.

No one is fooled. They'll be back, with their last notes, their last pieces of Pierre Cardin finery, ready to take off their own skins and make a bet with that. There is no cure for gambling, and those of us who do not frequent casinos have only one tricky consolation: that going with that person, putting on that shirt, getting up or not -- it is all a game of chance, and all we lack is the lovely pitiless metaphor of the wheel, and the plunging Michel Legrand.