This sweet, guileless tale of a '70s suburban family -- whose director was plucked from obscurity by Ben Affleck and Matt Damon -- just slides off the screen and disappears. 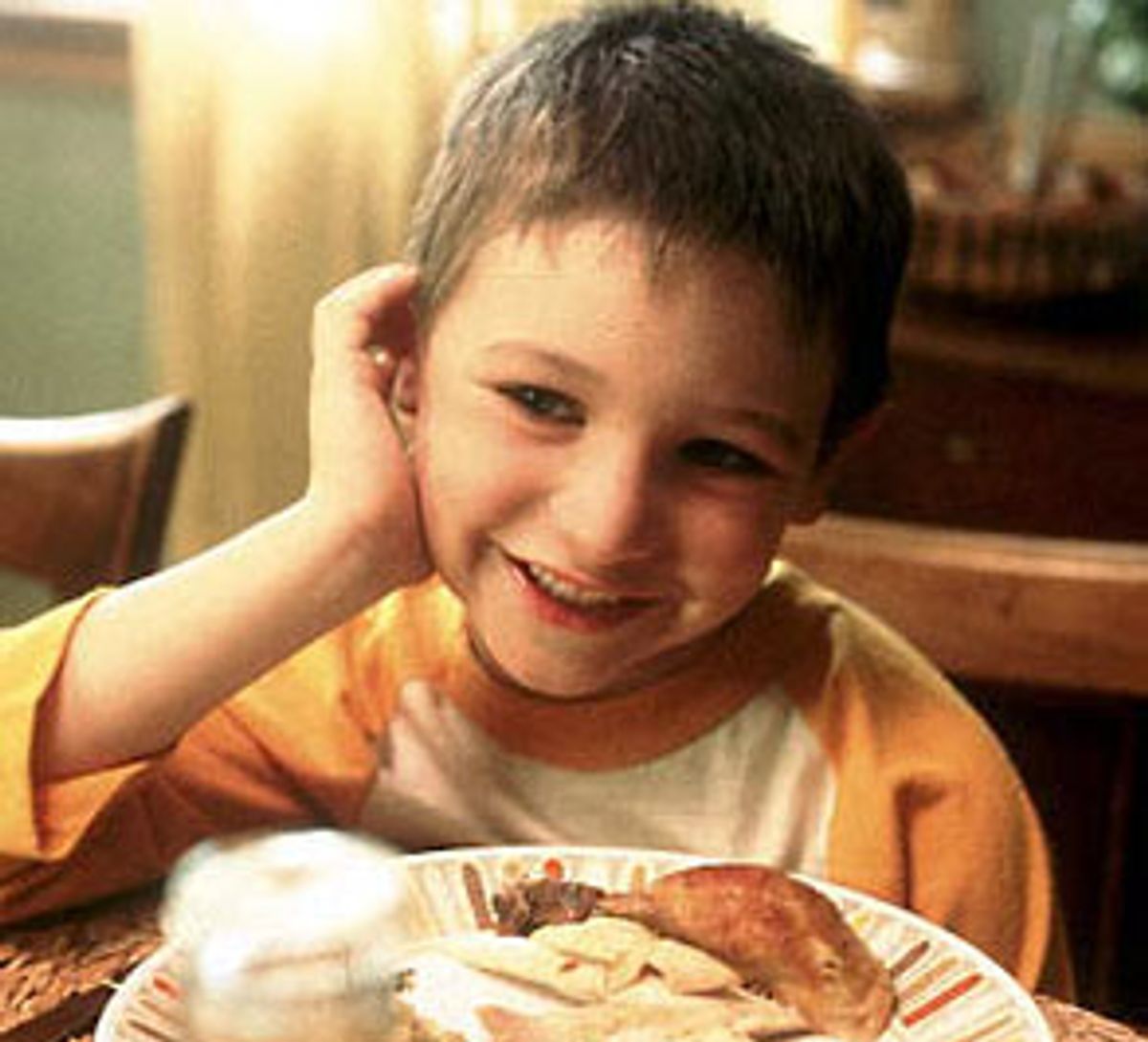 As hard as it is for young filmmakers to get started in the business, it may be harder yet to make a debut movie that has the public blessing, and all the attendant publicity, of Matt Damon and Ben Affleck behind it. "Stolen Summer" is the first movie to be produced by Damon, Affleck and their partner Chris Moore under the Project Greenlight umbrella, instituted (with the help of Miramax) to give promising young filmmakers a chance to get their projects produced. The movie's progress, from its initial selection by Damon and Affleck through its completion, has been tracked on the HBO documentary series Project Greenlight." I don't doubt that it's pretty tough to have the process of making your first movie exposed week by week on HBO.

"Stolen Summer" is so innocent and well-meaning a movie that it's hard to throw stones at it -- it has the wide, winsome, don't-hurt-me eyes of a Walter Keane painting. Unfortunately, though, it isn't very good. Its writer and director, Pete Jones, has fashioned a tender little tale about a young Irish Catholic boy growing up in mid-'70s suburban Chicago, Pete O'Malley (Ari Stein), who, troubled by fears that he might go to hell, decides to take on the project of converting some Jews to Christianity. With the wry, raised-eyebrow blessing of the wise and tolerant Rabbi Jacobsen (Kevin Pollak), the Cute Crusader begins his quest by setting up a free lemonade stand outside the local synagogue (the gimmick is "Free lemonade, get a trip to heaven"). In time he befriends the rabbi's young son Danny (Mike Weinberg), whose conversion becomes his pet project.

Let's forget that the movie doesn't really address the arrogance of Christian evangelism -- the protagonist is, after all, an 8-year-old boy, and he simply wants to give his Jewish neighbors a chance to get into the same heaven he believes in. (Although it does seem that Pete's strict but loving dad, Aidan Quinn, has the right idea when he pokes a stern finger at him and says, "They don't come over here and try to convert us!" and threatens to ground him if he sets foot near the synagogue again.)

Beyond that, though, "Stolen Summer" is so assertively guileless that it nearly slides off the screen without making much of an impression. It's also deeply conventional. Read no further if you're sensitive to spoilers. But if you're allergic to trite story conventions, you may want to know that this sweet little story also involves a house fire, leukemia and an 18-year-old boy who wants desperately to go to college but can't afford it.

"Stolen Summer" isn't so bad that it's an embarrassment, but it does have an unfocused, amateurish sheen. The child actors are cute but self-conscious. In fact, the professionalism of most of the adult actors is the one thing that make the movie watchable. Bonnie Hunt, as the beleaguered mother of Pete (plus some seven others -- it's an Irish Catholic family, remember), is crisp and likeable. Quinn plays the bighearted but somewhat closed-minded suburban fireman dad beautifully; even with his suburban-fireman beer gut, he's still a sex symbol, nuzzling up to Hunt in the family laundry room and cooing, "Wanna make out?" (It's no mystery how the two of them ended up with eight kids.)

And although I have the fortitude to sit through many things in a movie theater -- eyeballs being poked out, endless chopped-to-bits car chases, the sight of Penelope Cruz prancing like a show pony through "Vanilla Sky" -- the one thing I cannot bear is the sight of Kevin Pollak's tears. Pollak's acting style is always swinging, understated and completely devoid of bullcrap, and he puts it to great use here in a role that could have been nothing but a pile of mush. When his character is overcome with feeling, you feel it, too: For a moment, the movie feels drenched in honest emotion instead of the cutesy-pie kind.

But you're always aware that Pollak, Quinn and Hunt (as well as Eddie Kaye Thomas, who plays Quinn and Hunt's oldest son) are the ones carrying most of the movie's weight. Jones might have some filmmaking talent, but "Stolen Summer" reveals too baldly all the things he doesn't have, among them the ability to cut sentimentality off at the root, a good sense of rhythm and timing, and plain old chops. Aside from the fact that good intentions don't necessarily make for good movies, the road to hell is paved with them. Poor Pete Jones just used up a whole wheelbarrow full of cobblestones.