Jodie Foster is like Cary Grant -- smart, observant and curious about human nature. Those things together lend a fascinating distance to her charm. 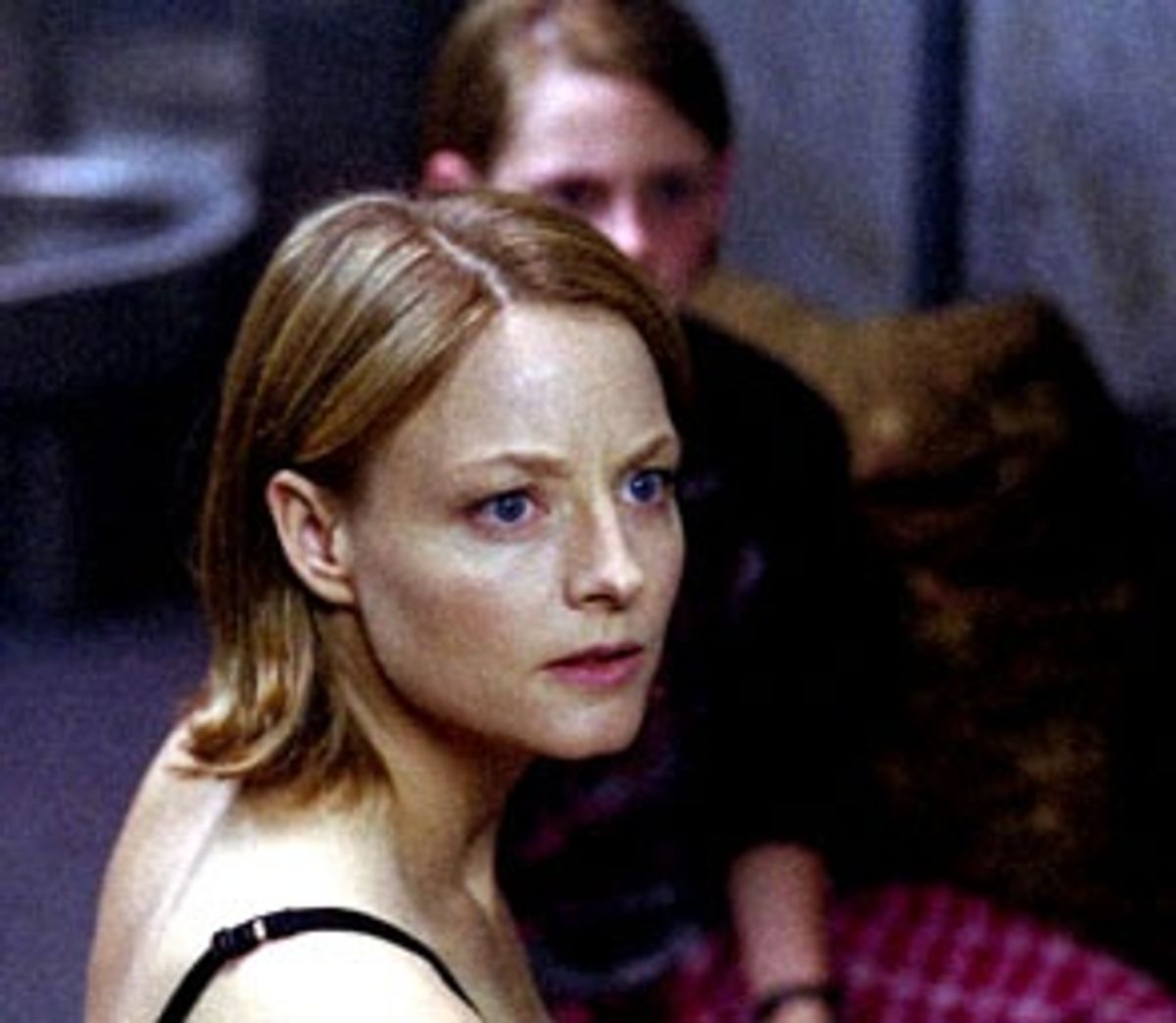 Nothing about Jodie Foster has ever seemed stupid or uncool. Even when she was Iris in "Taxi Driver," her poise was formidable, her fragility like iron.

One of the most admirable things about her idiosyncratic career has been the plain assumption that it would be worse than stupid or uncool not to live comfortably with her own lively, natural intelligence. So she went to Yale and graduated, with the attitude that said, Why should foolish things like being a movie star (or being a figure in someone else's deranged fantasy) be allowed to interfere with showing that much good sense with your own life?

Equally, in recent years, she has managed more or less to remove herself from the most odious forms of intrusive publicity. She lives a family life, without advertisement or coyness, and leaves it to us to come to our own conclusions. That it has all worked so well is the best tribute to her own faith in being natural, private and smart. And being those three things in the kingdom of movies is nearly without parallel.

Her job is that of actress; and two Oscars so far (for "The Accused" and "The Silence of the Lambs") tell us how good she can be. However, whereas acting on stage may be a matter of pretense, on film the players have to let the light of the medium into their inner rooms. And Foster's very intelligence and character -- let me call it her nature -- set parameters to her work. There are some pretendings that she doesn't do very well. The same thing was true of Cary Grant once. No one on screen in his heyday was so smart, so observant of others, so curious about human nature, so interesting. Yet all those things together made for a quality -- call it coolness -- that lent a fascinating distance to his charm.

Well, Jodie Foster opens this week in a movie that is, simultaneously, brilliant and empty. This is a rare and disconcerting combination. For the director, David Fincher, has made "Panic Room" superficially riveting. He loves the medium, the camera, the spaces in the house where this story is set. He loves the dainty cruelty of the narrative situation. He trusts his supporting cast and he knows that Jodie Foster (no matter that she took over from an injured Nicole Kidman at the last moment) is perfect in the lead. Indeed, one of the great pleasures of this film is to see Jodie Foster back to her best after several films where she was uneasy or misused.

Here's the situation. Foster is the wife of a wealthy older man. They have an 11-year-old daughter. But the man has gone off with another woman -- "the bitch" is what Foster and the daughter call her. Still, Jodie has a good divorce settlement, and so she and the daughter find this wonderful brownstone on West 94th Street. They buy it on one viewing, and they look forward to moving in and making it their home.

But there's one catch to the empty house. It contains a secret chamber, a safe place -- the panic room. A small, utterly secure inner sanctum, made out of concrete and steel, with a wall of television screens showing other parts of the house, with a phone and supplies. It's like a perfect camp for kids. Or is it?

The first night Jodie and the kid sleep in the house, three marauders come by. They didn't realize the new owners had moved in yet. They are in search of a fabulous treasure left by the previous owner. And where, in that house, would you deposit your treasure? Jodie and the girl scramble into the panic room inches ahead of clutching hands. The steel door slides shut. What next?

Clearly, with a movie that is about nothing except suspense, it would be unfair to go much further. But I don't think you'll be disappointed. "Panic Room" works.

One of the ways it works is, quite simply, the look on Jodie Foster's face and the desperate measures she takes to keep safe. There are repeated shots of her carved features and saintly eyes in the steely blue light of the panic room, gazing at the TV screens that track the criminals. This is a look we know from "The Silence of the Lambs" -- of alarm, fear, apprehension, and the courage that battles with those feelings. And it is something that Jodie Foster does better than anyone else on screen: she endures menace and threat without ever seeming foolish or monotonous, but by taking us ever deeper into her intelligence and nature.

Like any close-up face in a movie that hooks you, it's a beautiful face (i.e. its meaning enhances or transcends mere attractiveness.) Yet I don't think the general audience regards Jodie Foster as lovely, as someone they can dream over. She's too smart, too private, too averse to being soft or pliant. She's not "sexy"; she doesn't serve herself up for the conventional dreams of movie eroticism. Nicole Kidman would have made this a very different film (loaded with a threat of rape). Whereas Foster makes it a film about bravery, maternity and her own independence. She may not be sexy, yet sexuality shines out of her, inextricably mingled with resolve and thought.

No need to spell this out. But it's in the face of the odd emptiness of "Panic Room" that you begin to feel how far the really natural thing (the wall behind Foster's eyes) has been avoided -- and Foster is so good, so passionate in the picture, so candid in her gaze, you may feel the omission as a fault. The role of the child, the daughter, could be (should be?) that of her lover.