A roundup of recent CDs from Uncle Tupelo, Alanis Morissette, Clinic and more. 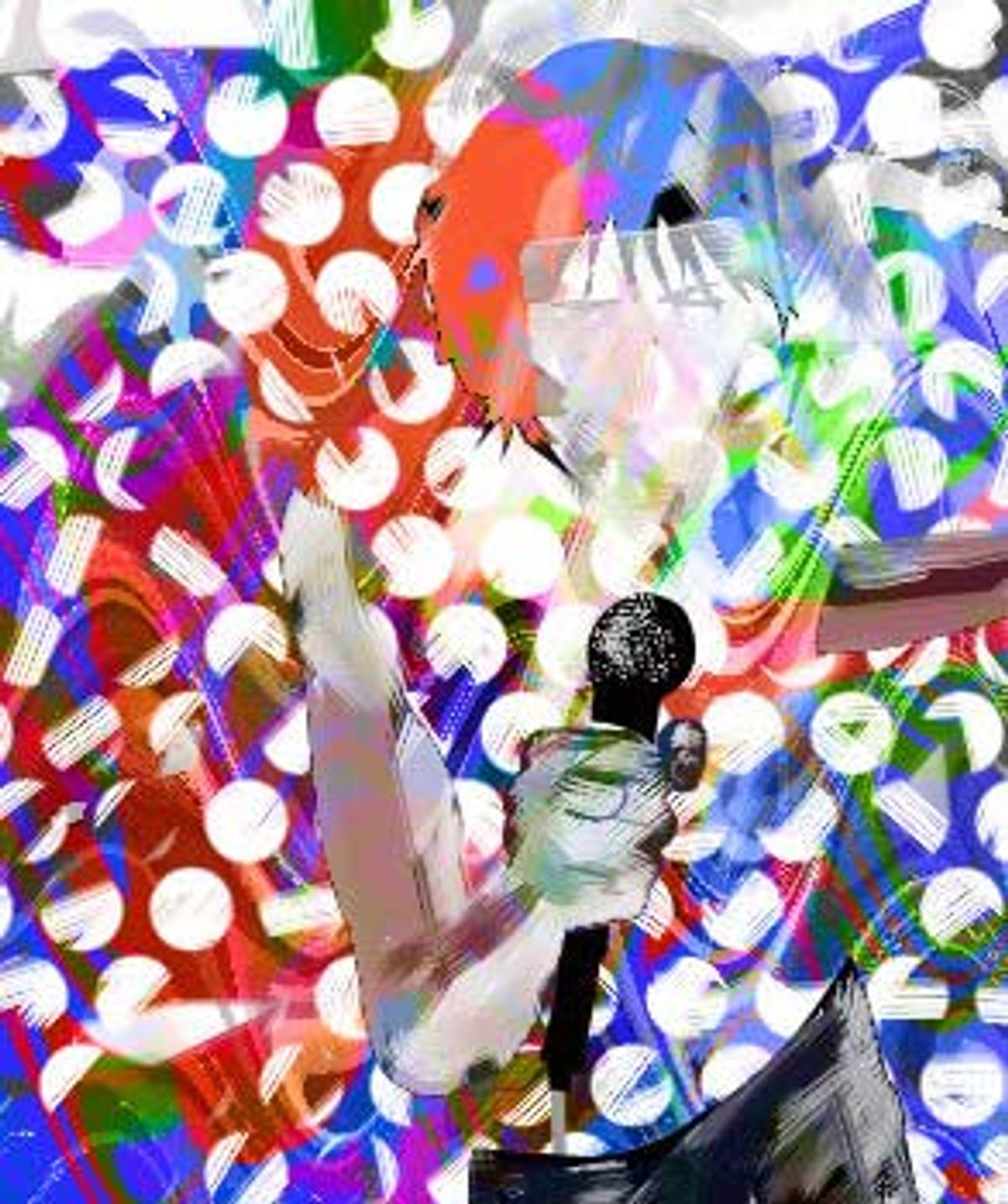 Uncle Tupelo pioneered precisely nothing. Songwriters Jay Farrar and Jeff Tweedy were not godfathers of alt-country. As the 21 cuts compiled on "Uncle Tupelo 89/93: An Anthology" testify, Uncle Tupelo were just a great rock 'n' roll band.

"89/93" draws a dozen tracks from the first incarnation of Uncle Tupelo, the band that began in 1987, when Reagan was president, radio sucked and the factories and farms around Belleville, Ill. -- just east of St. Louis -- looked like an inevitable dead end. Farrar was the quiet one who played guitar and, at first, wrote most of the songs. Tweedy hammered out bass lines and howled harmonies, sometimes leaning through a skate-punk shock of hair to sing a few tunes. Mike Heidorn was the bespectacled square behind the drum kit. They were bored and confused and heartbroken and pissed off like everyone, and they liked to drink beer and make horrible noise. Together they recorded "No Depression" (1990) and "Still Feel Gone" (1991), plus a handful of demo cassettes and 7-inch singles. Farrar penned gutty, staggering rockers (like "Graveyard Shift," which is here, and "Punch Drunk," which, unforgivably, is not) and resonant ballads ("Whiskey Bottle," "Still Be Around"), while Tweedy grew from simple strummers ("Screen Door") to intense post-punk breakup songs ("Gun").

In 1993, after recording an all-acoustic Appalachian folk record, the band signed to a major label and added new drummer Ken Coomer, bassist John Stirratt and banjo, fiddle and steel player Max Johnston. The resulting album, "Anodyne," swapped punk unpredictability for a kind of country rock that could lay back ("New Madrid") or go Crazy Horse ("Chickamauga"). By May of 1994, the band split. Farrar started Son Volt; Tweedy launched Wilco.

While no pick-and-choose overview can approximate the power of the band's albums nor encompass the scope of a career, the remastered songs on "89/93" succeed as a series of revealing snapshots of a vital and important band that's often name-checked but rarely heard. It's evidence of Uncle Tupelo's rightful legacy: Not some band that paved the way for a mainstream renaissance of mediocre roots rock, but heir to the Replacements and heroes of a thousand heartland garages.

"I believe in harmony/ I believe in Christmas Eve," Clinic guitarist and vocalist Ade Blackburn sings on "Harmony" in the opening seconds of the quartet's third album, but I do believe he's telling a lie. Musically, these four much-lauded Liverpudlians hardly dabble with melody, much less harmony. Like kindred art punks the Velvet Underground and Can before them, they're all about the hypnotizing power of repetition and drone, and the vibe that permeates these 11 minimalist mood pieces is a heck of a lot darker than seasonal cheer and goodwill to all men.

It's the unsettling undercurrent of angst and unease with the modern world that's earning this group comparisons to the favorite art punks of the moment, Radiohead. But Clinic's songs are much less static and harshly digital, and much more groove-oriented (though it's a metronomic groove in the best Velvets/Krautrock tradition). The hooks, minor-key and perverse though they may be, are more traditional and upfront than those of Thom Yorke & Co. Plus, the Clinic boys sweat more while rocking harder -- though that may be because they still have one foot in the garage and can't yet afford the luxury of Radiohead's Pro-Tools indulgences.

Onstage, the band members hide behind surgical masks and scrubs (how Tortoise of them!) while staring at the floor in the best shoe-gazer tradition. That shtick wears thin fast, but there are no such problems on the album, where it's easier to lose yourself in the purple fog of their voodoo incantations. The organ leans on one chord, the tom-toms beat a sinister Bo Diddley rhythm, the guitars do that spidery, chip-chop thing that Can guitarist Michael Karoli patented for legions of indie-rockers to follow and Blackburn chants obliquely of vultures and sunlight, betraying just a hint of the sneering sarcasm that's always more effective with a Liverpool accent (R.I.P., John Lennon). "Now it's safe and warm," he coos in the closing "For the Wars," lying once more, and making us love him for it.

Trent Reznor is an expert at musical self-mutilation. His 1989 Nine Inch Nails debut, "Pretty Hate Machine," was riddled with betrayal and terrible lies -- both backed by a fierce mechanical noise. The sound -- borrowed from similar industrial acts at the time -- was applied to songs with tight pop structures. In this way, Reznor amplified his own pain and anger, managing to make a vengeful, heartbroken army dance at the same time.

NIN's most recent release, "Still," resurrects Reznor's past suffering, using a more instrumentally delicate outpouring of anguish. The disc -- available only through the NIN Web site or as part of a deluxe audio package with the live album, "All That Could Have Been" -- takes the songwriter's gutted parts from earlier records and reintroduces them in a new context. The theme here is deconstruction. Reznor cuts away walls of industrial noise on four old songs and five new tracks, leaving just the orchestration and stabbing lyrics.

The result is a disc that's beautiful in the most sadomasochistic-Nine Inch Nails sense of the word. On "Something I Can Never Have," Reznor plinks away at a piano while losing his sanity, his voice almost breaking as he screams the song's title. "The Fragile" starts with keyboards and Reznor's quiet promises not to let a lover fall apart, then twists into even softer cries as the drumbeats build and he screams, "It's something I have to do." There's a bleak mixture of empty sadness and fierce determination on every track. Even instrumental songs like "Adrift and at Peace" feel like uneasy calms before the next tempest. "Still" may lack the skull-bludgeoning effects of a typical Nine Inch Nails record, but Reznor's damaged emotions rage fiercer than ever with his heavy curtains of noise removed.

The next time you're wondering what prompted the obnoxious outpouring of testosterone so prevalent in recent rock, from the nu-metal power balladry of Staind to the dick-flaunting rap-rock of Linkin Park, listen to the third Maverick offering by Alanis Morissette. In comparison, even those boneheaded bully-boys sound good.

"I can feel so unsexy for someone so beautiful/ So unloved for someone so fine," the former Canadian child star-turned-mainstream riot grrrl sings. Unloved? Not quite: Though it's laughably bad at times, "Under Rug Swept" debuted at No. 1, and it was lauded by usually astute critics. "I can feel so boring for someone so interesting/ So ignorant for someone of sound mind," Morissette croons. Maybe defenders were feeling sorry for her, but she wasn't lying when she chose the adjectives "boring" and "ignorant."

To be fair, Morissette was projecting back to her awkward 13-year-old self in "So Unsexy," the tune quoted above, but that's the problem: Her outlook as an adult is hardly any more mature. Time and again on her first fully self-written and -produced outing (earlier offerings of twentysomething female angst were co-written by the late-fortysomething male songwriter and producer Glen Ballard), she comes across as the glum, joyless, self-centered sophomore with the dog-eared copy of "The Bell Jar" in her Hello Kitty backpack. Think of Lili Taylor portraying the talentless folkie pining after her boyfriend Joe in "Say Anything," but with a voice that's even more annoyingly whiney.

Enlisting musical help from a cast of fading alt-rock superstars (Flea, Dean DeLeo of Stone Temple Pilots, Me'shell Ndegéocello), Morissette's generic modern rock isn't lacking for hooks. But the self-confessed former infatuation junkie has a way of ruining her best tunes with Doh!-worthy lyrics (included on her checklist of "21 Things I Want in a Lover": "both masculine and feminine, politically aware, and don't believe in capital punishment"), and she has an ultra-annoying habit of trying to sell the lumpiest lyrical couplets by runningthewordstogetherrealfastlikethis!

I have a better idea: Why not skip them entirely?