A night of engrams and clears

At the Scientologists' birthday bash for the late L. Ron Hubbard, it all comes down to the e-meter. 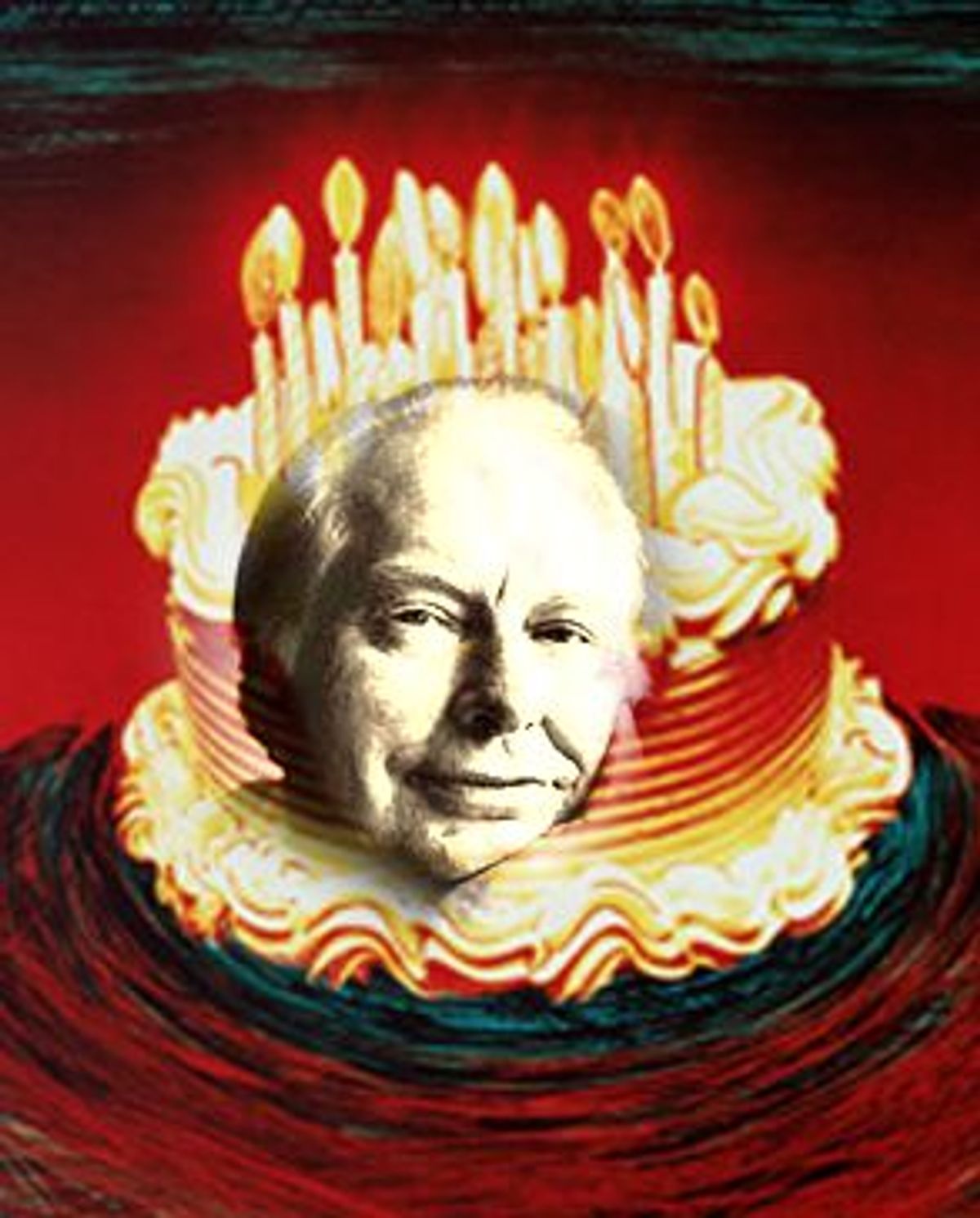 Imagine my surprise at receiving an invitation to a dead man's birthday party; who knew they even threw those anymore? Birthday boy L. Ron Hubbard -- LRH, in Scientology speak -- would've been 91 if he hadn't "dropped his body" right smack in the middle o f Reagan's second term. The Church of Scientology wanted me to come help celebrate.

A few days after I RSVP'd, a Scientology P.R. flack called back to calmly rescind my invitation. Why? I asked. Hadn't he himself invited me to learn more about his Tr avolta-tainted faith after I savaged the film adaptation of LRH's "Battlefield Earth" in the Philadelphia Weekly? Didn't he relish the opportunity, at last, to represent for "Dianetics"? Actually, no. If I were to write about Scientology again, he implied, it would be on Scientology's terms. Though he offered to meet me personally to explain LRH's mysterious thrall, he said my attending the birthday bash "would not be appropriate." OK, so I'd have to crash it.

A smiling greeter clad in black-and-whit e evening attire ushered us into the Ben Franklin-founded Philadelphia Free Library. Inside the white marble great hall, Hubbard's candy-colored volumes sent more sober tomes packing. Posing as a married couple, an accomplice and I claimed a table for fou r in a basement hallway outside the building's bathrooms. Some 80 eager buffet grazers and a blissed-out guitarist strumming white noise outside the men's-room door transformed the place into a South Bend church social circa 1969.

We weren't seated l ong before a suited man approached as much to check us out as to proselytize. He asked how we'd wound up there. By invitation, of course. He asked if we'd read "Dianetics," which true believers and snickering cynics know as the Church of Scientology's bib le.

"Parts," I admitted. Which was true. In fact I have my very own copy, complete with Post-its marking favorite spots.

Sara Kelly is executive editor of the Philadelphia Weekly.