Hal Hartley updates "Beauty and the Beast" in an idiosyncratic, sometimes clumsy but not altogether awful movie. 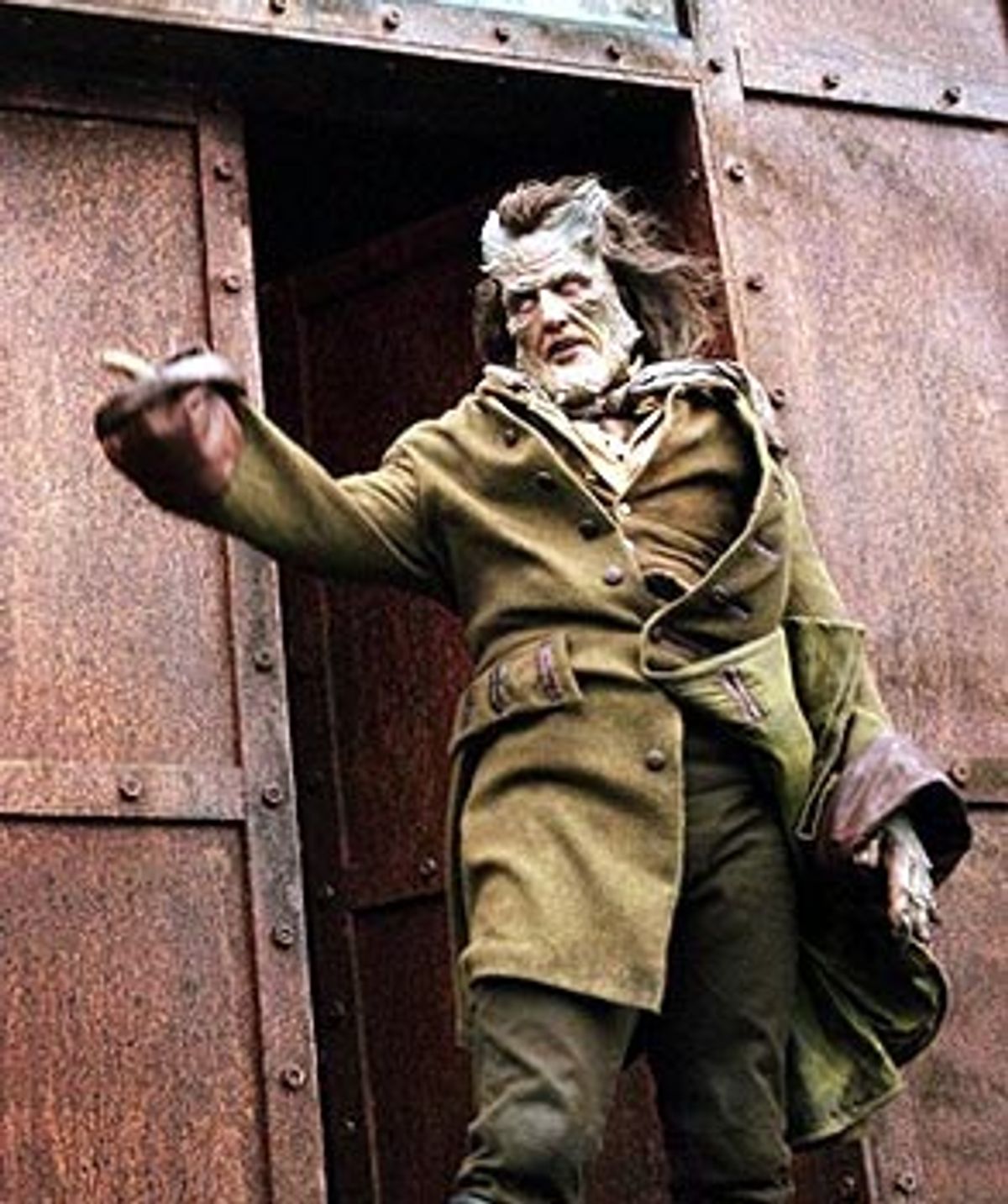 Hal Hartley makes movies as if he were tuning in to a special dog whistle that only he can hear -- and I mean that in the best possible sense. If you can key into his wavy timing, and there are many who, understandably, just can't, sometimes there are quiet riches to be had. And Hartley knows how to use some fine and unusual actors -- Martin Donovan, for instance -- that other directors might not have the patience for.

But Hartley can also be ploddingly direct. The first half of his latest, "No Such Thing," casts a gray, shivery spell that would be hard to shake, if not for the clumpy thickets of author's messages that clutter the second. A take on the story of "Beauty and the Beast," "No Such Thing" is also a fable about how pervasive, shallow and soul-killing the media is, and how one of its chief aims seems to be to deprive us of wonder and imagination. All we're after these days is spectacle.

Whether Hartley (who also wrote the script) is right or not is beside the point. The classic theme of the original tale -- that it's better to fall for inner beauty than outer -- becomes submerged and lost in this version's jazzed-up lesson plan. In stampeding toward the message of his story, Hartley undercuts much of its beauty: Unwittingly, he becomes guilty of just the sort of rote obviousness he's condemning.

That's a pity, because there are long stretches of "No Such Thing" where Hartley's instincts ring true. His beast, known only as the Monster and played by Robert John Burke, is an unattractively scaly, horned creature in a frock coat who has been terrorizing a remote coastal patch of Iceland for thousands of years. He has none of the furry sensuality of, say, the beast played by Jean Marais in Jean Cocteau's "La Belle et la Bête." What's more, this beast is hardly benign: He breathes fire out of his mouth; he trudges down to the local village watering hole and, in a blind rage, lifts the whole structure off its foundation. And when he rattles through a pile of dried bones to come up with the sneaker of one of his victims, you know that when he threatens the cowering villagers he means business.

But beneath all that rage and bluster, he's a troubled beast: He's disillusioned with mankind, but not nearly as much as he is with himself. He's an eloquent talker (when we first meet him, he's dictating a somber, depressive soliloquy into a tape recorder), a heavy drinker and an insomniac. He's bored out of his skull with the stupidity around him. His big problem, though, is that he cannot die -- his miserable immortality is his curse. And Beatrice (Sarah Polley), the sensible and brave young beauty who arrives in Iceland to investigate the death of her fiancé, a TV cameraman, becomes the only one he can trust with the task of helping him to die.

To do so, she must track down a mad doctor (Baltasar Kormákur) who's been carted off by government authorities for, well, simply being mad. But Beatrice's life is a trial before she even arrives at the beast's lair: It would be giving too much away to detail the exact nature of her tribulations, but they involve a small miracle, a great deal of pain and a kind doctor from Iceland (played with sympathetic nobility by Julie Christie).

The banter between Beatrice and her beast is like something out of a Preston Sturges comedy -- albeit one that's been run through Hartley's highly idiosyncratic timing mill. When Beatrice arrives at his doorstep, he suggests that he has no compunction about killing her: He's interested in arousing her fear just for fun. But there's something about her that soothes his soul, and it's not just her face, all smooth composure and wide-set eyes. When she asks earnestly and without fear if he's going to kill her, he growls, "That depends. If you prove to be halfway fucking intelligent, maybe I won't kill you." It's just the beginning of the bargain they forge.

But there will be plenty of obstacles, chief among them Beatrice's boss (Helen Mirren), the ruthless producer of a TV news show (she's always urging her staff to dig up the worst and dirtiest news possible) who's interested in the Monster's story only for her own gain. Mirren looks wonderful in her character's cartoony get-up: Her hair is chopped into a severe blond bob, and she wields a cigarette like a lance to make her points.

Mirren has one small, staggering moment, when she realizes that she may have recklessly put Beatrice's life in danger: For an instant, the movie closes in around her sharp demeanor like a soft cocoon. But as the picture progresses, she has a bigger, more sinister role, and time and again it throws the movie out of whack. She represents all the coldness and money- grubbing the media stands for, and the point is hammered into us so clumsily that it jostles and jangles us out of the movie's loopy lyricism.

That's a grave disappointment for lots of reasons. For one thing, Hartley establishes the movie's fairy-tale mood early on, shooting the Icelandic terrain, in all its steely blue beauty, as if it were the loneliest place on the planet -- the very kind of place a tortured monster would call home. In the Hartley manner, "No Such Thing" is a little somber and a little funny, and when Hartley isn't poking at us with the schoolmarm's pointer, the movie's weird tone shifts are certainly navigable.

And he's wonderful at using visual shorthand casually and meaningfully, without making it seem hokey or forced. A group of Icelandic fishermen who stage a daring rescue from their boat wear -- what else? -- Icelandic sweaters, the bands of color around their necks like the plumage of heroic birds. There's a blind villager who, when she hears a stranger approaching, lifts her hand to her ear in a mechanized gesture straight out of silent film; Hartley has a knack for those melodramatic touches, and they add a bit of texture and odd humor in places where you don't expect them.