Hey, let's put on a show! And bust out of the joint while we're at it! "Full Monty" jailhouse follow-up falls flat. 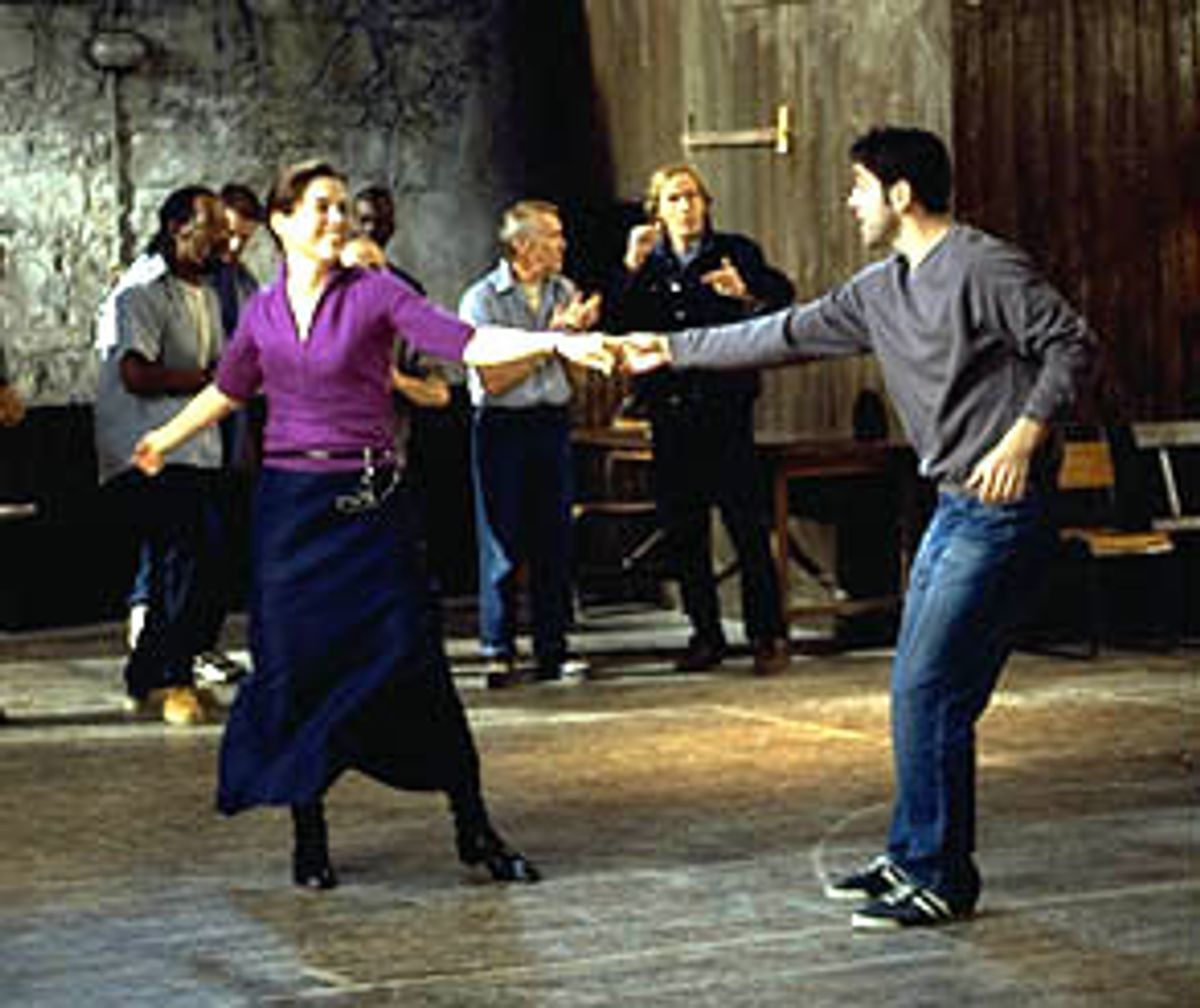 If you're not sure how to categorize "Lucky Break," you might file it under Whimsical Prison Movies in Which Inmates Stage a Musical in Order to Effect an Escape. The picture doesn't make a whole lot of sense, but that's not supposed to matter -- its aim is to charm us so thoroughly that we look the other way.

Ideally, though, it should keep us amused as it goes about its business, and it fails on that score. Director Peter Cattaneo tries but fails to re-create the easygoing lightness of his previous picture, "The Full Monty." We have a small-time crook, played by James Nesbitt (of "Waking Ned Devine"), who goes to jail after botching a bank robbery. He's something of a smart-mouth, which means he spends much of his time in solitary. But he catches the attention of the prison's chief warden, Christopher Plummer, when he proves that he knows at least a little something about Plummer's one true love, musical theater. Plummer has written his own musical, a Gilbert-and-Sullivan style treatment of the life of Admiral Nelson. (For those of you weak on your British naval history, he's the one with the column.) When Nesbitt realizes that staging a musical will put him in a prime position to bust out of the joint, he volunteers to get Plummer's pet project produced.

This is the kind of prison that employs a head counselor in the shapely guise of Olivia Williams (a wonderfully appealing actress best known for her roles in "Rushmore" and "The Sixth Sense," and who also appeared in David Kane's marvelous, little-seen comedy "Born Romantic"). Unlike most prisoners of the male persuasion, the fellows at this establishment are gents who don't seem to miss female companionship all that much, which means they never make crude gestures or remarks behind her back. But Nesbitt does, of course, fall in love with her, and his feelings intensify when she's cast as the play's female lead (seeing as she's the only woman around), opposite Nesbitt's Nelson.

You can't blame her for being aroused by Nesbitt -- the guy has kind of a woozy, tough-kid charm. But in order to make the story work, Cattaneo would have to whip "Lucky Break" into a vaguely crazy froth. As it is, he keeps it too gentle and light and silly to even make us laugh; its jokes drip off the screen in liquidy droplets.

The picture's badly developed subplots don't help. (The always-fun Timothy Spall has a small role that peters out to nothing.) And the dreadful musical itself (its book, incidentally, was written by Stephen Fry) would be funnier if we didn't see so much of it worked over and over in rehearsals before the final performance.

"Lucky Break" is perfectly inoffensive and harmless, but it's also drab and inert. There's a long and proud tradition of prison escape movies, but there's not much to say about the jail-break shenanigans of "Lucky Break." It was funnier when the chickens did it.