Can't stand the heat? Get out of the newsroom

Thin-skinned journalists at CNN, the New Yorker and the Washington Post bristle when colleagues or readers question their work. 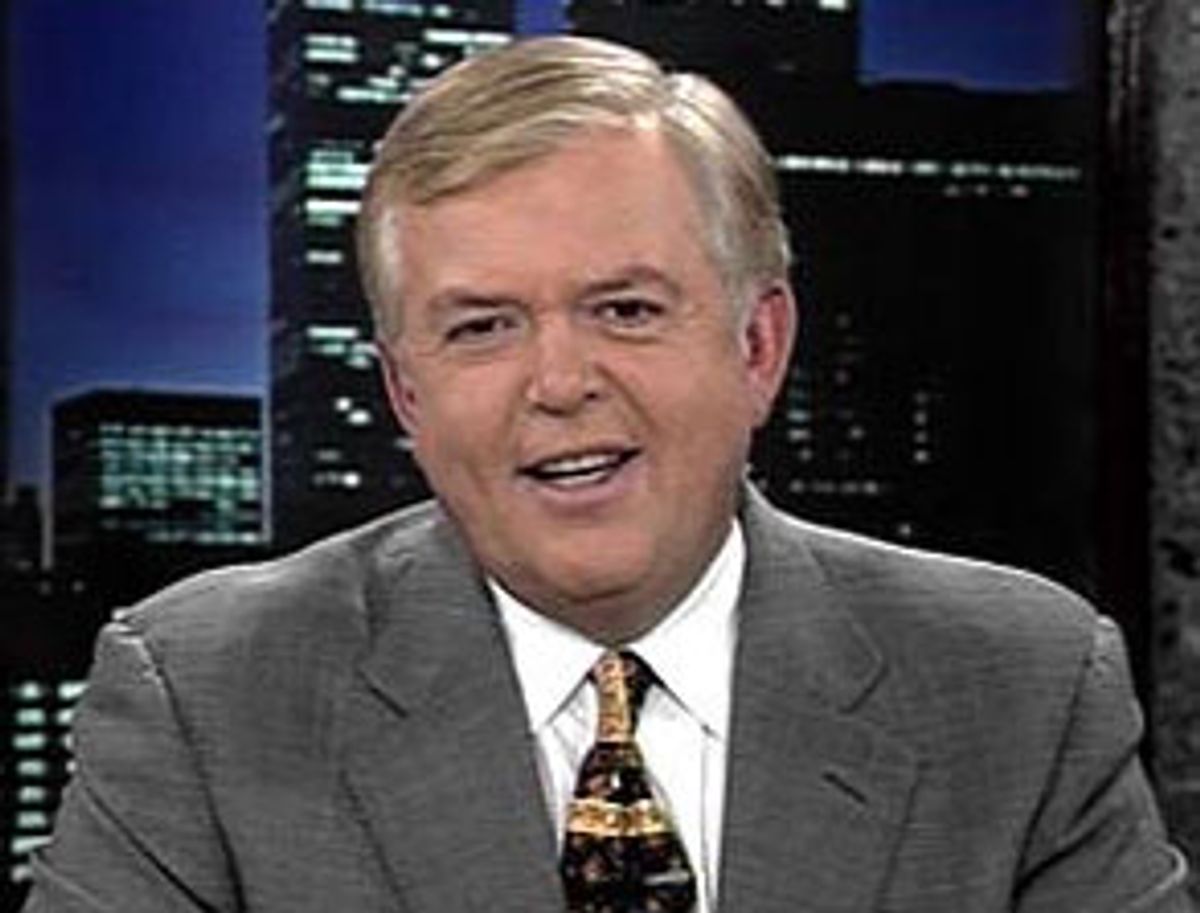 Now that this year's Pulitzer Prizes honoring the finest journalistic efforts have been handed out, maybe the industry should take time to ponder some of its less appealing work. Because while it's true, as so many of the winners proved, that dedicated journalists often flash gutsy brilliance, they can also be remarkably petty -- and way too sensitive to criticism.

Journalists, who brandish uncommon power and often take delight in pointing out the shortcomings of others, are among the most thin-skinned people on the planet. That has long been an open secret in the media industry. But recently it has been on uncommonly wide display, as high-profile players at CNN, the New Yorker and the Washington Post have all bristled publicly at the mere suggestion their work might be open to question.

Take CNN's money man, Lou Dobbs. On April 3, both the New York Times and theWall Street Journal ran similar stories about Dobbs' unusually aggressive defense of Arthur Andersen in its fight against the Department of Justice, which has indicted the firm for its Enron work. The articles reported how Dobbs was using not just commentaries but news interviews with guests during his "Moneyline" show to defend the beleaguered accounting firm -- and how his role in the unfolding saga was, as the Journal headline put it, "raising eyebrows." (Dobbs, who is not alone in this, objects to the DOJ indicting the entire Anderson firm, rather than singling out possible criminal activity inside the company.)

The dailies also noted that Andersen had once served as an exclusive sponsor of an old weekend show Dobbs used to host called "Business Unusual," and that during a brief hiatus from CNN in 2000, he made a paid appearance at an Andersen-sponsored business forum.

Both the Times and Journal stories -- which noted the increased latitude cable talkers have in expressing opinions on newscasts, and left it to outside journalism ethicists to comment on Dobbs' behavior -- were straightforward, not ad hominem in their approach. And while Dobbs' financial connections with Andersen seemed minimal at best, the suggestion that he should have disclosed them upfront before publicly riding to Andersen's defense made perfect sense.

Yet rather than absorb the soft blow, concede the obvious and move on, Dobbs became obsessed with the stories. To date, he's fired off two commentaries on his own show, unloaded during an appearance on CNN's morning program and written a lengthy defense for the Wall Street Journal's editorial page.

Think the accusation hit a nerve?

The silliest part of the responses has been the suggestion that the Times and Journal are somehow out to get him, and that Dobbs, who earns millions each year working for the largest media company on the planet, AOL Time Warner, is defiantly standing up to "the power structure" by defending one of the world's largest accounting firms.

"My commentaries will go on, no matter how many people at the New York Times or the Wall Street Journal want to continue what amounts to personal attacks against me, because of my views," Dobbs assured his audience, completely mischaracterizing what either paper had reported.

"The two reporters writing articles in either the Journal or the New York Times, I think they're the ones who have something to answer for. Certainly not me," he bemoaned to CNN morning host Paula Zahn.

Dobbs' prickly reaction has been so over-the-top it's hard to believe he's not purposefully milking the mini-controversy for attention, as CNN struggles to play catch-up with the more personality-driven approach at Fox News. And Dobbs may have showed his hand in his Journal Op-Ed when he wrote, "The head of CNN, Walter Isaacson, encouraged me from day one to express my views on my program. This is the new CNN. Here we have no orthodoxy."

CNN was the scene of another recent scrimmage, this time involving New Yorker writer Jeffrey Goldberg. Appearing March 18 on "NewsNight with Aaron Brown," Goldberg was on hand to discuss his much-lauded piece about the plight of the Kurds, and the explosive charge that a small group of fundamentalist Muslim terrorists battling Kurds in the region had received aid from both Osama bin Laden's al-Qaida and Saddam Hussein. If true, the link would be the strongest evidence yet that Iraq's leader was involved with bin Laden in state-sponsored terrorism -- and that would help boost the Bush administration's case to remove Hussein from power.

Goldberg spent most of the week making TV rounds and receiving hosannas for his industrious work of tracking down, even before the CIA, a prisoner in Kurdistan who allegedly confirmed the Hussein and bin Laden connection.

CNN's Brown, though, suggested not everybody was buying the premise of Goldberg's article: "A senior government official said to us today, that while he had great respect for your reporting and in no way wanted to denigrate that, was absolutely confident people told you the things that you reported, he just did not believe the facts were true."

At the time, Goldberg brushed off the charge, telling Brown, "Of course, I mean I've heard that too. I talked to other government officials who say they do believe it's true."

Goldberg should have left the passing critique alone. But three days later he was simmering about the treatment he'd suffered at the hands of Brown. Detailing his experience for Slate, Goldberg wrote about his "absurd encounter" on CNN. Where some might have seen an honest disagreement over the story's veracity, Goldberg saw a conspiracy: "As I was led onto the set one night earlier this week, I noticed that David Ensor, one of CNN's on-air reporters, was looking smugly in my direction. I knew that he is often used by people in the national security establishment as their mouthpiece, so I guessed that I was in trouble."

In other words, the whole thing was an elaborate setup.

The dig about Ensor being "used" by his sources was telling, since Goldberg was asked in a separate CNN interview whether he himself might have been used by the Kurds who helped him report the story, even paying for his bodyguards as he traveled the countryside. (The Kurds' incentive? They'd welcome an American effort to overthrow Hussein, who gassed the Kurds during the 1980s.)

As Goldberg himself conceded on camera, "Everybody has an agenda when they talk to a reporter." But apparently when that agenda runs counter to Goldberg's, reporters are being "used."

Former independent counsel Kenneth Starr knew a thing or two about using reporters. During his crusade, Starr befriended a number of Beltway journalists who routinely typed up his spin as gospel. Chief among the alleged culprits was Susan Schmidt of the Washington Post. Dubbed by lefties "Stenographer Sue" (or Steno Sue), she worked closely with Starr's office for nearly a decade. Years later, that alliance came in handy as she co-wrote a book on the impeachment affair heavily shaded from the Starr perspective, "Truth at Any Cost: Ken Starr and the Unmaking of Bill Clinton."

In his own book on the topic, "A Vast Conspiracy," Jeffrey Toobin detailed how, during a crucial juncture of the unfolding Lewinsky saga, Schmidt simply reported "falsehoods that the Starr team fed" her.

"All of this misinformation had a distinct purpose -- to persuade official Washington, and Lewinsky herself, that Starr had a strong case," wrote Toobin. "At the very least, the reporters seemed convinced."

And this, according to the author: "Lewinsky's lawyer Nate Speights recalled with amusement how, after his daily phone call with [Starr prosecutor] Jackie Bennett, the Post's Schmidt would call him and invariably repeat what Bennett had just said to him."

That old history came rushing back when Schmidt recently wrote a piece for the Washington Post about the final impeachment report delivered by Starr's successor, Robert Ray. The piece dutifully repeated Ray's charge that he could have indicted Clinton for obstruction of justice if he wanted, but that Ray had essentially taken mercy on the former president.

For liberal activists at Media Whores Online, who felt the report actually confirmed that the independent counsel's work had been a colossal and costly failure, Schmidt's dutiful spin was too much. So they started dispatching angry, although not threatening, e-mails her way.

As the Washington City Paper and American Prospect have reported, Schmidt, who'd spent the last 10 years getting paid to comb through the Clintons' public and private lives, didn't simply delete e-mails critical of her work, or answer them with a few choice words, as would be any journalist's right. Instead, in at least two cases, the thin-skinned reporter researched the domain names of the e-mail senders and contacted those people's employers. The implication was that employers might want to punish workers for wasting company time while sending politically charged e-mails, as if they'd been loitering on porn sites at their workstation.

When Brendan Nyhan tried to contact Schmidt for his American Prospect piece, she hung up on him. A Post editor did talk to the City Paper and explained that Schmidt was the victim of a "coordinated campaign" that had become "annoying."

More annoying than journalists who can't deal with criticism?